This a very dangerous passage of the Scripture, used in all manner of perverse ways over the centuries either to ensure obedience to some self-determined authority or to insist that following certain laws and avoiding others inevitably leads to riches and prosperity or to doom and destruction. Both views are in no way the implications of these words, however often "prosperity preachers" or "demolition-laden proclaimers" have tried to say so. The reason for this, as is often the case, is the historical setting of the words.

Though the book of Deuteronomy is a literary collection, purporting to be a series of sermons from the great law giver, Moses, to the people of Israel just before their entrance into the long-expected Land of Promise, it is in reality a book that offers a look back on a primarily failed Israel, one that in fact did not follow the commandments of its God and thus is about to suffer the consequences of that disobedience. Hence, rather than an announcement of an inevitable cause and effect—if you do well, you will be well—it states that history has shown all too clearly the possible results of failure to heed God's commandments and ordinances.

The author states, in effect, your own history has shown you that YHWH's commands are good and true, and that following them may lead you to hope and a future, but since you have again and again avoided and denied those commands, and have "followed other gods" (Dt. 30:17), you find yourself not on the cusp of life but on the verge of death. There is thus no simple connection between doing the "good things" as some authority has demanded and the positive success that results; rather the possibility of life remains for those who fully seize and live the commandments of God. It is finally not too late. The emphasis is on the seizing of life, not on the clarity of the commands or on those who have promulgated them.

This is true because of the verses of chapter 30 that are not included by the collectors of the lectionary. Let's look at Deuteronomy 30:11-14. Those who claim to be the arbiters of the law, the gatekeepers of true morality, and thus the determiners of "who is in and who is out," are finally mountebanks who too often stand in the way of the truth rather than help others to find the truth. "Certainly this commandment that I am commanding you is not too hard for you, nor is it too far away. It is not in the sky that you must say, 'Who will go up to the sky and get it for us so that we may hear it and follow it?' Neither is it beyond the sea, that you should say, 'Who will cross to the other side of the sea for us, and get it for us so that we may hear and follow it?' No, the word is very near to you; it is in your mouth and in your heart for you to follow." Following the "word" or the "command" of YHWH is not hard to figure out, nor does one need a great biblical interpreter to explain what it is you are to do. No! It is close, its hearing clear, its observation and its following, simple.

Moses here surely refers to the bulk of the book of Deuteronomy in these words, but as the long history of Judaism demonstrates, the focus of this call to follow God's word and command falls on Deuteronomy 5-7. Here one finds the central claims of Judaism in a convenient nutshell. Little wonder that on the door posts of many Jewish homes one finds a mezuzah (doorpost) inside of which one finds a tiny scroll of some portion of Deuteronomy 5-7 on it. (I have one on the doorpost of my own house that I have owned for nearly thirty years.) Perhaps Deuteronomy 6:4-9 is the favorite set of verses, since it includes the command to "write them (the commands of God) on the doorposts of your house."

And those commands? "Hear, O Israel, YHWH is our God, YHWH alone! You shall love YHWH your God with all of your heart (your will, your intelligence), with all of your life (better than "soul"), with all of your strength." And on the great words go, bidding willing believers to teach their children in every circumstance these great truths, never forgetting that YHWH is the source of all. Further on it says that God chose Israel not because it was great or numerous, but for one reason only: "because YHWH loved you" (Dt. 7:8). Like a clap of thunder, the unbreakable love of God sounds into the center of Israel's life, calling for their love of the loving YHWH.

This is plainly not difficult, nor is it high in the sky, nor is it across the sea; it is in our mouths and in our hearts; YHWH loves us and chooses us for YHWH's purposes in the world!

And it is for that reason, that insight, that this is a passage for this sixth Sunday in Epiphany. The light of the season has been illuminated in many ways by the Hebrew Bible passages we have examined. From Isaiah to Malachi to Micah and back to Isaiah, the coming of Jesus into our world has found its power in justice and hope and expectation for a better world for all. In next week's last Epiphany Sunday we will turn to Leviticus, that richly priestly book within whose laws and practices we will discover the second part of Jesus' "Greatest Commandment," and will hear again what we too easily forget, that "we must love our neighbor as we love ourselves."

In many ways the season of Epiphany is the most important season of the church's year, for here we explore what all that Christmas stuff means now for us and gets us ready to celebrate again that meaning of the Easter celebration just around God's smiling corner.

Author's Note: I know you will not forget the upcoming cruise of the Baltic, sailing September 3 from Copenhagen, and including my shipboard lectures on Job. For full details, see eo.com soon. Hope to see you there! 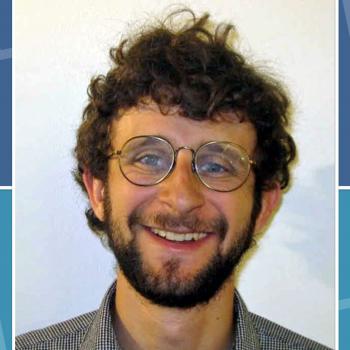 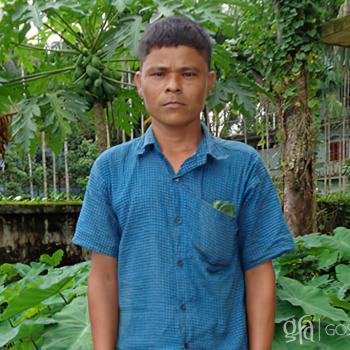 Prince George was born today: The privilege and responsibility of your royal...
Jim Denison
4 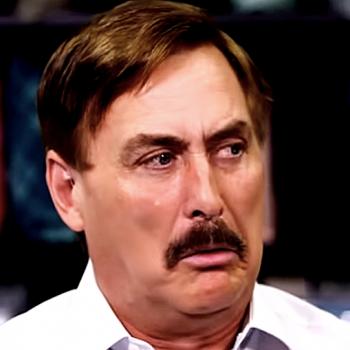 Trump's shyster friend Mike Lindell called a liar, threatens lawsuit
Barry Duke
Get Patheos Newsletters
Get the latest from Patheos by signing up for our newsletters. Try our 3 most popular, or select from our huge collection of unique and thought-provoking newsletters.
From time to time you will also receive Special Offers from our partners that help us make this content free for you. You can opt out of these offers at any time.
see our full list of newsletters
Editor's picks See all columnists