It will take many more Conventions before we all agree about anything, but, you know what? IT DOESN'T MATTER! We won't all agree before the Second Coming, but there is only one essential rule—"Love one another," says Jesus, "as I have loved you." That is the one and only rule of life together in Christ. It is the same one that Augustine of Hippo cited: "Love God and do as you please." Martin Luther's version was, "Sin boldly... and more boldly still rejoice in Christ."

"IT DOESN'T MATTER!" (Her caps, not mine.) No, it certainly doesn't. And that's not just the Presiding Bishop's position. It is ultimately our position as American Protestants.

But Augustine and Luther are not to blame. On the contrary, taken in context it is clear that Augustine sought to underline how deeply we are constrained by the love of God and, therefore, obliged to discern as carefully as possible how we might live the Christian life. Similarly, in using the Latin phrase, pecca fortiter, or "sin boldly," Luther sought to underline our dependence upon the grace of God, not the virtues of testing the limits of God's grace. That is why Dietrich Bonhoeffer characterized this misuse of Luther's words as yet another example of "cheap grace." In other words, broadly speaking, what Augustine and Luther were doing is reminding us of not just of the freedom we are given as children of God, but of the responsibility with which we are called to exercise that freedom.

Nor is the Presiding Bishop to blame. We are the ones who collectively misrepresent Augustine and Luther. It is our voice, not theirs that we hear when the Presiding Bishops declares, "Hey, we don't agree. So what? We will work it out. Throw stuff out there. See if it sticks. Love in the meantime."

The Reformation experiment is in crisis and we Protestants can console ourselves by throwing stones at those on the left or at those on the right. We can ignore the mote in our own collective eye and toss a stone or two at our Catholic brothers and sisters. "They are shrinking too (among white westerners)." We can even cite studies that prove we are the vitalest of the vital and we can declare our shrinking numbers as evidence of our "gloriousness."

But we are in crisis. That crisis isn't going away, because at our national meetings over the last half-century we have said, loud and clear, "It doesn't matter" and now our leaders are saying it out loud.

The decisions are not the issue. (I am married to a priest, for example.) The way in which we have trashed our own process is the issue. Every person a priest, no one a member of the body unless they agree. No need to linger too long over the issues that keep people from agreeing, we have the votes. No need to follow people with the votes, we have the money.

No, it certainly doesn't matter and no one believes that it does, because no one is acting like it does. You and I agree or we don't. We will conform or we won't. And things will go on as they have before or not.

But don't worry. It doesn't matter. 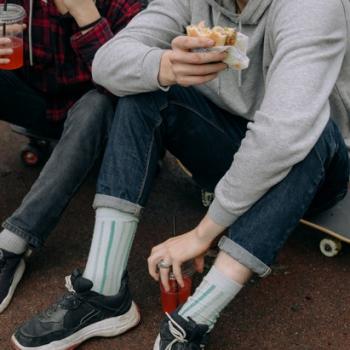 What are the do's and don'ts on religion in U.S. public schools?
Richard Ostling
4 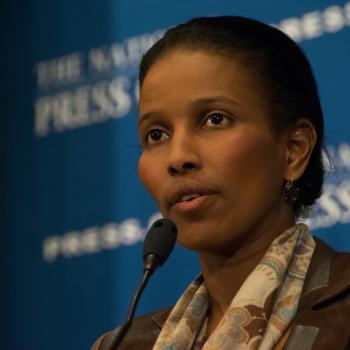 In Piece About Afghan Woman, Ayaan Hirsi Ali Whines About Trans Pronouns
Hemant Mehta
Get Patheos Newsletters
Get the latest from Patheos by signing up for our newsletters. Try our 3 most popular, or select from our huge collection of unique and thought-provoking newsletters.
From time to time you will also receive Special Offers from our partners that help us make this content free for you. You can opt out of these offers at any time.
see our full list of newsletters
Editor's picks See all columnists