All of this leads to a sadly tragic series of events. The brothers, excluding the hated Joseph, lead the family flocks toward the pastures of Shechem, high in the Israelite mountains, leading Jacob, a plainly less than observant parent, to send his favorite on another mission of espionage. "Go now," says Jacob, " and see the shalom of your brothers and the shalom of the flock and bring me word" (Gen. 37:14). The irony can hardly be missed. We have just heard in verse 4 that the brothers have no word of shalom for their brother, so if Jacob expects any shalom to exist among them, he is badly mistaken.

As Joseph looks for his brothers, he meets an unnamed man who tells him that he has heard that the boys have headed toward Dothan (Gen. 37:15-17). This man appears to be a plant the better to lure Joseph further away from Jacob in order that the enraged brothers can work their plan to slaughter Joseph and rid the world of his dreams and words, not to mention that foul robe. It appears to work to perfection. Joseph wanders alone into their sight, and the brothers determine to murder him, to throw him into a pit, and to announce to Jacob that he has been devoured by a wild animal. With that, his disgusting dreams will finally end without fulfillment of any kind (Gen. 37:18-20).

Surprisingly, Reuben, Jacob's firstborn, urges them not to kill their brother. "Let us not strike his life! Shed no blood; throw him into this pit here in the wilderness, but lay no hand on him" (Gen. 37:21-22a). He acted like this, we are quickly told, "in order that he might save him from their hand to restore him to his father" (Gen. 37:22b). Nothing in this story itself suggests just why Reuben is acting in this way. However, a tiny note in an earlier chapter may offer a clue. "While Israel (Jacob) lived in that land, Reuben went and slept with Bilhah, his father's concubine, and Israel heard of it" (Gen. 35:22). It appears likely that Reuben sees the saving of Joseph as his meal ticket back into the good graces of his old man, who could not have taken kindly to his eldest son's sexual relationship with one of his women, the mother of Reuben's half brothers, Dan and Naphtali (Gen. 30:3-8). Poor Reuben hopes he has found a way to assuage his father's anger. Unfortunately, his hopes are soon dashed (Gen. 37:29-30).

The brothers attack Joseph, being especially careful to strip off that terrible robe before they toss him into a dry and deep pit. Callously, they sit down for a picnic, but soon see a band of traders heading toward Egypt, loaded with rich goods. Judah hatches a plan to make some cash out of the fate of their now helpless brother. "What profit is it if we kill our brother and hide his blood? Come, let us sell him to these Ishmaelites, and not lay our hands on him, for he is (after all!) our brother, our own flesh" (Gen. 37:26-27). So, murder evolves into human trafficking, and one can only assume that Judah is more than cynical while uttering that crack about "our own flesh" as he prepares to name a healthy price for his brother. Might as well get something for the nasty little twerp, says Judah.

But while that scene is unfolding, some Midianite traders ride by, lift Joseph out of his pit, and proceed to sell him themselves to the Ishmaelite traders for twenty silver pieces (Gen. 37:28)! Not only does Judah get nothing for Joseph, so too are the hopes of Reuben dashed when he returns to the pit and finds his one chance to find his way back into Jacob's favor gone. With a shriek of despair, he cries, "The boy is gone: and I, where can I turn?" (Gen. 37:30). Where indeed?

Well, this is fully a Genesis tale, is it not? Trickery and hatred and deception abound, and the hero is finally not so heroic after all. He flaunts his sumptuous robe and his dream skills, and finds himself at the bottom of a pit, alone, and then sold off to the pits of Egypt, nearly a certain and monstrous death. But of course, as we know, that will not be Joseph's fate at all, a fate that still will intertwine with his murderous and greedy brothers in ways we will be astonished to discover. And just who is Joseph? He is Abraham and Isaac and even Jacob all over again. And, as usual, he is us, if we are courageous and honest enough to admit it. 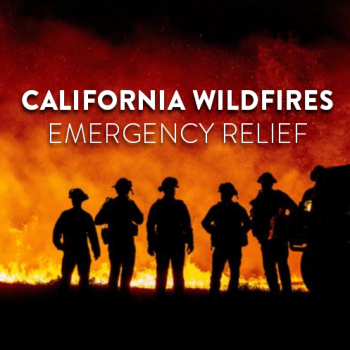 These Atheists Are Fundraising for California Wildfire Relief
Hemant Mehta
2

Who is God?-- Part Eight
Ben Witherington
Get Patheos Newsletters
Get the latest from Patheos by signing up for our newsletters. Try our 3 most popular, or select from our huge collection of unique and thought-provoking newsletters.
From time to time you will also receive Special Offers from our partners that help us make this content free for you. You can opt out of these offers at any time.
see our full list of newsletters
Editor's picks See all columnists