Transfiguration Sunday is hardly prime time in the life of the church; one never needs to set up extra chairs in the narthex to accommodate the overflow crowds. Orchestras are not hired to sound in the glad tidings of transfiguration. No special flowers garland the sanctuary; few children's choruses work for weeks to polish those transfiguration anthems. Transfiguration Sunday is a sort of interlude between Epiphany—the appearance and meaning of the coming of the light of Jesus into the world—and Lent—the winding road to Holy Week and Easter where flowers and choruses and trumpets do in fact shout in the great day.

So, why bother with transfiguration at all? What is the big deal, if it is a big deal, or even a small deal? I happen to like the day, myself, primarily because of its spookiness. That's right, there is something downright weird about this day. Of course, the texts we preachers often use come from one or other of the Synoptic Gospels; this year we hear from Matthew 17. I cannot say that I have ever heard a Transfiguration sermon that uses the text from the Hebrew Bible that is often chosen for the day, Exodus 24. The passage falls outside of the great narrative pieces that are the usual texts for preachers of Exodus, namely 1-15 and 32-34. This piece from somewhere in between all that falls among much talk of law code and liturgical practice. Indeed, right after Exodus 24 we are all told how to build an ark of the covenant (Ex. 25) along with an accompanying table and lampstand, none of which any of your members is likely to construct any time soon.

But I said I liked transfiguration because it is weird. How so? I love its raw antiquity. In the process of sacrificing to YHWH at the base of the holy mountain of Sinai, Moses takes full basins of the blood of the sacrificial oxen and tosses half of it on the altar he has just constructed and used, and half of it on the people themselves (Ex. 24:5-8)! There is something almost pagan about tossing blood around like this, rather more like the rites of the worshippers of Mithras in ancient Rome rather than the worship of the great YHWH on Sinai. But this, Moses says, is precisely and quite literally, "the blood of the covenant that YHWH made with you" (Ex. 24:8).

But the weirdness does not end there. Now the blood-drenched elders, specifically "Moses, Aaron, Nadab, Abihu, and seventy of the elders of Israel" (Ex. 24:9) head up the sacred mountain. This occurs despite the fact that we have been explicitly told at 24:1-2 that "Aaron, Nadab, and Abihu and the seventy worship at a distance; Moses alone shall come near YHWH."

If it were not enough that all these are now invited up the mountain, the next line is a decided shock. "…also they saw God, and they ate and drank" (Ex. 24:11). What?! They saw God and had a little picnic lunch? Why then are not all dead, the result we are often told in the tradition of seeing God? Perhaps the answer may be found in the odd phrase that precedes the picnic: "YHWH did not lay a hand on the chiefs of the people of Israel." There appears to be some sort of protection afforded these supplicants before YHWH; YHWH forbears to act against them, does not in fact lay a hand on any of them.

Yet, the goal of coming up the mountain to eat and drink with God is not to have communion with the creator of heaven and earth, to wallow in YHWH's sanctity and holiness, to brood in ecstasy on the divine person, however grand such a thing might be. No, they have ascended the mountain, led by the lawgiver Moses, to be given the tablets of stone on which is written "the law and the commandment which I have written for their instruction" (Ex. 24:12). Their ascent of the mountain is designed to lead directly to a descent, armed with the very things they need to live their lives as people of God.

The text ends with "YHWH's glory settling on Mount Sinai, with the cloud covering it for six days." After this time, YHWH calls Moses to enter the cloud, a cloud characterized as fearful and dreadful, nothing less than a "devouring fire" (Ex. 24:17). Moses strides into the terrible cloud and is enveloped for forty days and forty nights, the classic biblical divine timetable. Before being swallowed up in the cloud, Moses deputizes Aaron and Hur to settle any disputes that may arise in his absence (Ex. 24:14). For those of us who have read Exodus 32, we know how poorly Aaron deals with the great dispute of the molten calf. But for now Moses is communing with YHWH, and Aaron and Hur are the titular leaders of Israel.

Of course, in the Synoptic Gospels, the scene where Jesus is transfigured before a small group of his disciples, one finds some sort of interpretation of this scene from Exodus, for there Jesus appears first both with Moses and Elijah, and then finally appears to them alone in dazzling white clothes. And God thunders, "this is my son, the beloved; listen to him!" Yet, as the gospels unfold that is exactly what the disciples of Jesus are incapable of doing—listening to Jesus. Their ultimate betrayal of him leads to a lonely and repulsive torture and death. 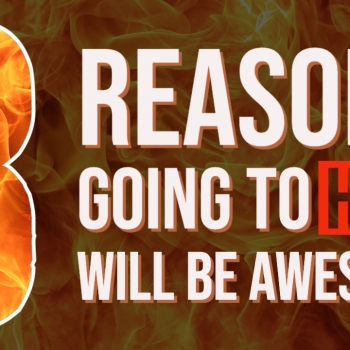 8 Reasons Going to Hell Will Be Awesome
Hemant Mehta
3 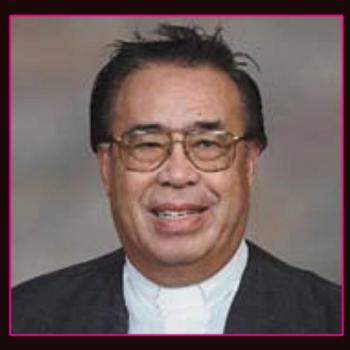 Disqualified? the ACLU doesn't care? No Religious Test!
John Mark N. Reynolds
Get Patheos Newsletters
Get the latest from Patheos by signing up for our newsletters. Try our 3 most popular, or select from our huge collection of unique and thought-provoking newsletters.
From time to time you will also receive Special Offers from our partners that help us make this content free for you. You can opt out of these offers at any time.
see our full list of newsletters
Editor's picks See all columnists