I mentioned some weeks ago how few sermons I have heard in a long life of sermon listening about the prophet Amos. On the one hand, this is hardly surprising since the loud-mouthed prophet does not pull any punches about the travesties of the people of Israel who would far rather worship up a grand storm than walk out of their way to help anyone who can hardly walk, let alone bring a healthy sacrifice to Bethel and heist a lustrous bass in the great chorus of the believers. I speak from my own personal experience, since I lift up my cultured bass each Sunday in some choir or another, recently within fewer than fifty yards of one of the city's premier agencies for the homeless. And after singing oh so well of a Sunday, I head out of there as fast as I can to some lovely restaurant or other trying hard not to give a thought to those homeless ones who parade in the heat in front of our sanctuary. Amos is speaking to me. How about you?

In chapter 8, Amos first continues with a litany of visions by offering a pun on a Hebrew word, well known to all Israelite worshippers at Bethel. At the front of the sanctuary there rests a fine basket of summer fruit (qayits in Hebrew). Here is a fine offering to YHWH, brought by a proud farmer, who is ever anxious to demonstrate his prowess on his land. Nods of appreciation follow the central placement of this succulent and generous gift, and the farmer stands, hands on hips, glad to receive the plaudits his fruit is calling forth. Amos, as usual, lurks in the background, seeing something very different with his prophetic eye. Instead of a sumptuous fruit display, he sees qets, "end" in Hebrew. Only a prophet with jaundiced eye would see such an anomaly, where fruit means success and divine favor to all, save Amos who finds instead a sign of doom and destruction for farmer and admirers alike.

But is this so far-fetched? Currently in the USA, we are being told that we are about to achieve something that we have long dreamed of, namely, freedom from the importation of oil from the Middle East. Our own fossil fuel supply appears to be far greater than we first imagined. The stock market has rocketed to unprecedented heights; the economy is moving away from its former moribund state. All things look peachy! But in the midst of this rose-colored talk, various thorns lurk, the sharpest of which is the specter of climate change. The earth is without doubt growing hotter. As I write this, fires are burning in most states of the southwest. Yesterday, horribly, nineteen well-trained fire fighters were burned to death in a flash fire in Arizona amidst temperatures approaching 120 degrees. The vast majority of scientists are fully convinced, along with our current president, that the chief culprit in this increasing heat is us and our addiction to these great fossil fuels. Perhaps a basket of fruit may be seen in rather different ways after all.

After Amos points to the strange ways he sees the fruit, he declares in the voice of YHWH, "The end has come upon my people Israel; I will never again pass by them" (Amos 8:2). This is a fearsome threat indeed. The Passover was one of Israel's fondest memories, how YHWH had spared them from the mysterious Destroyer who decimated the first-born of Egypt but passed over the Israelites (Ex. 12). No more Passover, warns Amos; now YHWH will pass through the people with the result that the grand songs of the temple (the word can also mean "palace"—perhaps Amos means both?) "will turn into wailings on that day, says YHWH; the corpses will stack up, strewn about in every place. Silence!" (Amos 8:3). This verse is practically a movie script: mighty anthems from the temple suddenly morph into howling as dead bodies pile up until finally there is only silence in the scene.

But why? What has Israel done? Verse 8:4 provides part of the answer. The description of the problem is grimly comic. "Listen, you that stomp on the needy, and bring to ruin the poor of the land, while saying, 'When will the new moon celebration be over, so that we can get back to selling grain again; when will the Sabbath finally end so that we can offer wheat for sale? (Now one sees them rubbing their hands and chortling low in their throats as they say), 'We will make the ephah small and the shekel large and practice our evil trade with false scales, buying thereby the poor for silver and the needy for a pair of sandals, selling the trashy parts of the wheat" (Amos 8:4-6). What monstrous characters these are! How dastardly their practices! They sit in the back of the sanctuary, whispering about cheating their customers and taking advantage of the poor, which they intend to do today if only these long-winded priests would just shut up! They have not heard YHWH paint the terrible scene of 8:3 where bodies pile up and silence finally envelopes the land. 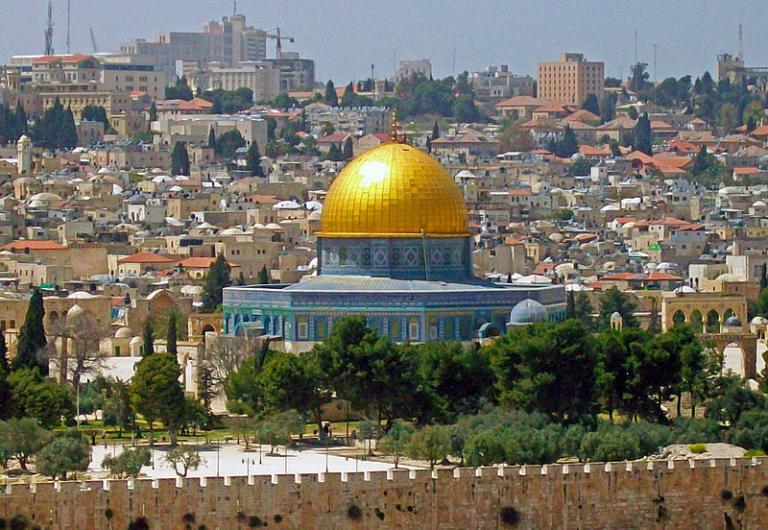 Lightning strikes the Statue of Liberty: The path to liberty that stands the...
Jim Denison
Get Patheos Newsletters
Get the latest from Patheos by signing up for our newsletters. Try our 3 most popular, or select from our huge collection of unique and thought-provoking newsletters.
From time to time you will also receive Special Offers from our partners that help us make this content free for you. You can opt out of these offers at any time.
see our full list of newsletters
Editor's picks See all columnists