It is a year of national conventions: The United Methodists have met. Episcopalians are about to meet and the country's major political parties will meet later in the year.

What is striking is the similarity in mood and dynamics of all four conventions. The Methodists' General Conference was politically divisive. With dueling budgets in play, The Episcopal Church's general convention will be unavoidably similar in tenor. And, of course, the nation's conventions are trendsetters for all the rest.

Therein lies the problem: American Protestantism was born hip-to-hip with colonial America. Unlike the ancient church, which grew up as an alienated, minority movement, the American church had no independent sense of itself. No history of its own. No space in which to grow.

So, like most fraternal twins, it had certain characteristics all its own, but it has never had a sense of itself separate from the politics and sociology that have shaped its nation-twin. And, like two dizygotic twins, there have been constant arguments about how much the nation differs from the church, and how much the church differs from the nation. But the nation is the dominant twin, and the church has always been more interested in its relationship with the nation than the nation has been in its relationship with the church. Sweeping in wealth, power, and influence, the United States is the entity recognized by people outside the family—a twin that alternately owns and disowns its less attractive sibling.

It is no surprise, then, to find the church deeply engaged in activities that give it a respectable place in the family. Congregations offer themselves as a venue for self-help and recovery groups. They host celebrations of national holidays. They provide space for voting booths, counseling services, food pantries, and clothing exchanges. The church's leadership participates in civic events and its members march in parades. Denominations mimic the nation's bureaucratic structures and pride themselves on their democratic procedures. Its members over-identify with party politics. And they even chide one another for their political affiliations.

But the Protestant reformation cut itself off from much of that history and the American church—along with Americans in general—cut themselves off from the Catholic and European chapters of that history. So the references to the past have had the same psychic effect that old photos in a family album have when the names and influence of long-forgotten relatives has been lost. There's a dim recognition of their importance, but it really doesn't hold sway in shaping our identity. Instead, the more immediate family history holds sway and for the American church, that's the last two hundred years or so, not the previous eighteen hundred.

That's why Protestantism in the United States is in crisis. Everyone is powerfully drawn to the dominant twin. Her churchy sister is desperate to do good work. But, honestly, when so much of what she does is a pale imitation of her nation-sister, who notices?

So, what is Protestantism to do? That's a difficult question to answer, because arguably the seeds of her destruction are imbedded in her own history.

Sola Scriptura hamstrung Protestantism, leaving it desperate to explain how it could answer theological questions that had no obvious roots in either the Old or New Testaments. Even those denominations that admitted that there were other sources for theological formulation (tradition, reason, and experience, for example) were alienated from her Catholic roots. Nowhere has that been clearer than in theological education: Until recently Protestant theological education skipped from Scripture, to the Reformation, to a denominational patron saint, to modern theology—leaving out of the reckoning most of what might be described as the heart of those sources. And even today students who give close attention to the patristic or medieval church are a fraction of those who attend seminary. The net result has been endless debates that usually revolve around asking whether Scripture can really be made to say everything that needs to be said about life in the modern world.

The other centerpiece of the Reformation—the priesthood of all believers—made everyone an authority on Scripture. So, what was already debatable became endlessly debatable. Factor in the politics of leverage in our own day and age where, with the rest of our culture, "if we don't get the answer we want, we walk" and you have the modern Protestant denomination: Endless debates, zero accountability, and a fragile commitment to shared values. The tendency to differ and divide that was so strongly identified with the congregational polity of Baptists has gone viral. Appeals to connectionalism and bishops be damned, everyone feels entitled to take their theological marbles and go home. 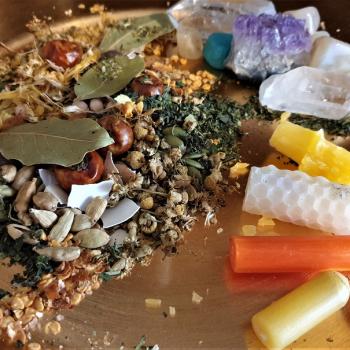 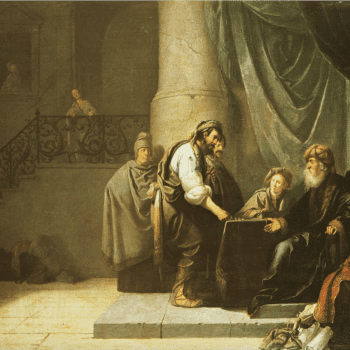