God's Bow in the Clouds: Reflections on Genesis 9:8-17

Some weeks ago in this column, I promised (or threatened?) that I planned to find ways to connect the text with its particular environmental significance, because I believe that issues surrounding the depredations of our planet are the most important crises we face as human beings. We preachers must now, and I emphasize "must," address these issues head on in our sermons, because our people, and we ourselves, need a conversion to an absolute certainty of these dangers to the ecosystem in which we all live. The time for debate about whether or not all this is "true" is over; it is all too horribly true, and anyone who can read and think knows it to be true.

I say that despite those who continually try to mislead and confuse by holding on to half-truths and outright lies about the scientific facts. Unfortunately, not a few of these mountebanks, these hucksters of hooey, are to be found in our federal government, and more specifically in the halls of Congress. We can be very grateful that the current occupant of the White House is one who has been long convinced of the facts of a warming planet and has set the last two years of his tenure to do as much as he can about it. Whether you like or dislike our sitting president on the full range of his work for the country (full disclosure: in the main, I certainly do), in the matter of the environment he is by the far the best chief executive we could have had at this time in our planet's history.

All right. There is the background of my look at Genesis 9:8-17 in this first Sunday in Lent. Since Lent is that season of the Christian year when we are called to reflection and ultimate change in order to align ourselves more fully to the way of the one we call Lord, I can think of no better text than this one by which we might begin our love affair with the cosmos that has been created and sustained by God. This day is crucial for us, for unless we love the planet, not merely accept it or seek to care for it, there is no way that our pell-mell dash toward its, and ultimately our, destruction may be halted and reversed.

The context is as always terribly important. The massive flood has ended, a flood precipitated by the unrelenting evil of the human race (Genesis 6:5 is the key verse, absolutely inclusive in its human condemnation). Noah, the one chosen by YHWH, despite the evil of humanity, to save the race of humanity, has left the great ark along with his family and with representatives of all of the earth's non-human creatures. In short, we might expect that all will have returned to a state of paradise, but if we believe that we are soon disaffected of the belief. With a jolt, we read that YHWH now offers all living things as food for the humans, reversing the all-vegetarian world that God decreed in Genesis 1:29-30. Further, capital punishment enters the world, as the blood of humans is demanded by YHWH, if any human dares to grab the divine prerogative to control all living and dying (Gen. 9:5-6). It is easy to see that this post-flood world is not a paradise at all. Noah's drunken destruction of his family later in the chapter will make that fact certain (Gen. 9:20-27).

Yet, right in the middle of this description of the new earth, a not altogether pleasant description, come words that we need to remember well. "As for me (YHWH), I now establish my covenant with you and your seed after you, and with every living creature that is with you, the birds, the wild animals, the domesticated animals, all the earth's creatures with you that came out of the ark — all the earth's creatures" (Gen. 9:9-10). Yes, the Hebrew text does repeat the phrase "all the earth's creatures," and rather than consign the repetition to the slip of an editor's eye or stylus, I choose to think that the repetition was deliberate, to remind all who would join in this covenant that it is not made only with God's human creatures but with all of God's creatures. What YHWH is about to announce includes mosquito and muskrat as much as it includes Moshe and Mephibosheth. This is nothing less than a cosmic covenant offered by the one that made the cosmos.

A covenant is a contract, but contracts usually assume mutual responsibilities on the part of both parties to the contract. But that is not the case here. This so-called Noachic covenant is completely one-sided; YHWH offers it without strings. You and I and our cats and dogs have to do precisely nothing to receive it. It just is. And here are its parameters: first and foremost, no more floods (Gen. 9:11). The memory of a massive great flood was nearly ubiquitous in the Ancient Near East (save in Egypt where there is no story of a universal watery cataclysm), so for YHWH to promise no more of those was a great relief. It came because of human evil, but though that evil still is in evidence (so Gen. 8:21), YHWH forswears a second resort to that means of destruction. 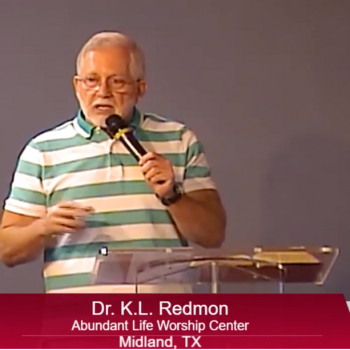 Texas Pastor: Any Christian Who Voted for Democrats "Made a Covenant with...
Hemant Mehta
3 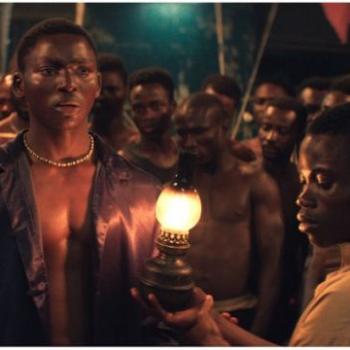 DIY Virtual Film Fest, Part 3: “Night of the Kings”
Andrew Spitznas
Get Patheos Newsletters
Get the latest from Patheos by signing up for our newsletters. Try our 3 most popular, or select from our huge collection of unique and thought-provoking newsletters.
From time to time you will also receive Special Offers from our partners that help us make this content free for you. You can opt out of these offers at any time.
see our full list of newsletters
Editor's picks See all columnists