I thought I would stick with Daniel this week to continue on with the brief remarks I made last week on the book. Besides, the so-called "last words of David," recorded in 2 Samuel 23:1-7, are in fact not the last words of the randy old king. Those are to be found in 1 Kings 2, as I have described in an earlier article. So, I suggest we slide into the rather weird world of the apocalyptic Daniel and see whether we can tease out some meaning for our 21st-century congregation.

I admit that on the surface at least any significant meaning of the strange words of Daniel 7 for us moderns might seem remote, if not downright non-existent. The author of the book now appears to have left all reality and clarity behind as he launches into descriptions of beasts that do not and never have existed, heavenly scenes starring "the Ancient One" (more literally: "Ancient of Days") and the "human being" (more traditionally translated "Son of Man") and a transfer of power between the two of them (Dan. 7:1-14). But fear not! This author goes right on to explain the whole thing to you in Daniel 7:15-28.

However, as full explanation, these verses leave much to be desired! We learn of "four kings," the fourth of which is "different from the former ones" (Dan. 7:24) and one who will "put down three kings." Earlier we have been introduced to "a little horn that had eyes and spoke arrogantly, and seemed greater than the others" (Dan. 7:20). Kings unnamed and horns that speak are not designed to open up the truth of what we may be reading. Such things rather obfuscate what the writer is trying to present, and, unfortunately, leave open a welter of interpretations over the centuries that have ranged from serious to absurd, with far more falling in the latter category.

Just what are we to make of all this? Quick! Off to the gospel, although the New Testament offering for today is from Revelation! Yikes! More beasties and numbers and seals and bowls! Oh my! Abandon lectionary ship now! Thank the good God that Advent is right around the corner with its familiar calls from Isaiah.

But not so fast! We can discern something of what 2nd-century Daniel had in his fertile mind, and it will prove to have some considerable relevance for us, especially as we stand on the cusp of another Advent, another expectation of the coming of the Holy Child of Bethlehem. But we have to know some history to get at the center of what old Dan is driving at. Not knowing the history that he knew all too well is to leave open the possibility of pernicious foolishness that has plagued too many readings of his words for well over 150 years.

Daniel is writing in the 2nd century B.C.E., not in the 6th century as his fiction wants you to assume. Second-century Israel had suffered the rule of the Seleucid kings, Greeks one and all, for nearly one hundred years. This dynasty had controlled this land, along with much other eastern middle-eastern territory, while the Ptolemies — Egyptian-Greek descendants of the great 4th-century Alexander, the Macedonian general, pupil of Aristotle, who died in his thirties in Babylon after conquering the known world — ruled Egypt and points west. His vast empire was divided into four sections, each ruled by one of his generals.

When Daniel introduces us to " an arrogant little horn" who speaks blasphemy, along with a fourth king who "attempts to change the sacred seasons and the Torah" (Dan. 7:25), he almost certainly has in mind the Seleucid king Antiochus Epiphanes IV, who ruled Israel and especially Jerusalem in the middle of the 2nd century. His name, "Epiphanes," means "manifest," showing forth," and apparently he fancied himself a god of some sort and demanded that the Jews worship him in the temple. (Apparently, some of his detractors called him "Epimanes" which means "madman," but I doubt to his face.) If he did not go as far as all that, at the very least he desecrated that temple (referred to in various writings as "the abomination of desolation"), perhaps sacrificing a pig in the sacred precincts and in every way he could making himself fully odious to his subjects. He it was who was the direct cause of the Maccabean revolution, fomented by the family of Mattathias and most particularly by his son, Judas, known popularly as "Maccabeus," or "the Hammerer." The rebellion began in 167 B.C.E. and resulted in 165 B.C.E. in the cleansing of the temple and the rule of Judas and his descendants for the next one hundred years until the rise of the Romans as the next world rulers.

So there is the history that lies in the background of Daniel's enigmatic words. And here is the apparent meaning of them all: in heaven in the presence of the "Ancient of Days" (God) there appears a mysterious "One like a Human One" (literally "a son of man") to whom is given "dominion, glory, and kingship that all peoples, nations, and languages should serve him" (Dan. 7:13-14). Whoever this human one may be, his dominion is everlasting, a rule that shall not pass away, a kingship that will "never be destroyed" (Dan. 7:14). Little wonder that early Christian commentators readily and easily identified this "human one" with Jesus of Nazareth, the son of God, sitting at the right hand of God after his resurrection from the dead. That, of course, is a decidedly Christian appropriation of a Hebrew text (or more accurately an Aramaic one, since this part of Daniel comes to us in that language, rather than in Hebrew). 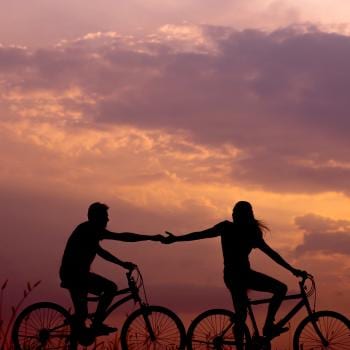 What You Should Look For In A Relationship
Willis Joey
4 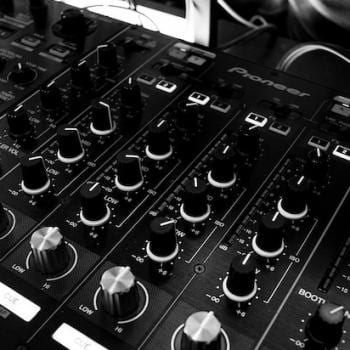 Why White Christians Need Hip-Hop
Delvyn Case
Get Patheos Newsletters
Get the latest from Patheos by signing up for our newsletters. Try our 3 most popular, or select from our huge collection of unique and thought-provoking newsletters.
From time to time you will also receive Special Offers from our partners that help us make this content free for you. You can opt out of these offers at any time.
see our full list of newsletters
Editor's picks See all columnists