Hope When Hope Is Scarce: Reflections on Zephaniah 3:14-20

I think it a safe bet to say that Zephaniah is not in the top ten of texts to which you rush in your times of devotional Bible reading. Lodged between Haggai and Habukkuk—if the book were called "Hephania" at least we would have a shot at finding it—Zephaniah has had a whale of a time finding a footing in the large library of our Bible. And there is little apparent reason to raise its stature, if one gives the whole thing a read.

Two and a half of the book's three chapters contain a brutal divine assault against those who would dare worship other gods than the great God YHWH. And those others include a hoard of Judeans who have turned—again—to the Baal (1:4), to "the armies of heaven" (so as to confuse these so-called deities with "YHWH of the armies"—1:5), or to "Milcom," a god mentioned elsewhere but whose details are little known (1:5). No one escapes the prophet's ire: "idolatrous priests" (1:4), "officials and the sons of the king" (1:8), "merchants" (1:11)—in short, "any who say, 'YHWH will not do good, nor will God do harm'" (1:12). All these are little better than practical atheists.

The result of this wholehearted rejection of the only God there is? "Their wealth will be plundered, their houses razed. If they build houses, they will not live in them, and if they plant vineyards, they will not drink their wine" (1:13). This latter threat abrogates the Deuteronomic promise of YHWH for the people's new land that they will "live in houses they did not build and will drink the wine of vineyards they did not plant." YHWH has thus rejected them as surely as they have rejected YHWH.

After its authentication by the woman Huldah, the great prophet of the day, Josiah apparently began to implement the scroll's demands, demands that included the thorough rejection of any remnants of older pagan worship throughout the land and the requirement that worship of YHWH must primarily occur only in Jerusalem. In a stroke, Josiah thus obliterated any rival shrines, whether for YHWH or Milcom or Baal, and consolidated the power of the priests in Jerusalem's Solomonic temple. One might readily conclude that Zephaniah was a prophet on the side of Josiah's reform, vigilant to keep worship pure and to root out any remnant of belief and practice that did not accord with the ancient belief and practice of YHWH, as ordained by Josiah and the Jerusalem priesthood.

Yet, that portrait of the prophet may not be quite accurate. In chapter 2 Zephaniah turns to an attack on the worship and practice of other nations surrounding Israel. Like Amos before him (see Amos 1-2), Zephaniah has first the Philistines (2:4-7), then the Moabites and Ammonites (2:8-11), the Cushites or ancient Ethiopians (2:12), and even the mighty Assyrians (2:13-15) in his prophetic crosshairs. Thus, Zephaniah is more than a propagandist for Josiah and the reform; he is a prophet concerned to speak the word of YHWH to all those who need correction and without that correction will suffer the anger of God.

And though he returns to the sins of Jerusalem particularly in 3:1-7, he widens his international scope again in 3:8-13 and promises that God's anger will be followed by God's restoration. God's "suppliants, the scattered ones" (3:10), who will finally bring the correct offering to YHWH (3:10), will no longer be "put to shame" (3:11), and finally will "pasture and lie down and no one shall make them afraid" (3:13).

The anger of God will be followed by the peace and rest of God, a common promise of the prophets of the Hebrew Bible. Precisely when this peace and rest will come is never certain, but their coming is certain. But just as certain is the anger of YHWH against a people who too readily forget YHWH and who turn willy-nilly to any god who happens to be at hand.

Like Jesus, We Still Live in the World of Zephaniah

Now, just why is it important to have spent fully half of this brief reflection on the earlier parts of the obscure prophet Zephaniah, before turning to the portion assigned for the third Sunday in a blessed Advent? It is as important to grasp the larger context of the words of Zeph 3:14-20 as it is to grasp the larger context of the event of the birth of the baby of Bethlehem. Too many "Hallelujah choruses" doth make Jane and Bill dull people!

Unless we remember the occasion of the birth of Jesus, its setting in the rapacious empire of Rome, its immediate occurrence during the monstrous reign of the half-Jew, Herod, and his fear of rivals, and its reality of poverty and homelessness, we run the yearly risk of making the birth little more than an occasion for presents and parties with the promise only of diets still to come. Jesus was born into a world very like the world of Zephaniah, a world of idolatry and rapaciousness and false religious practice. 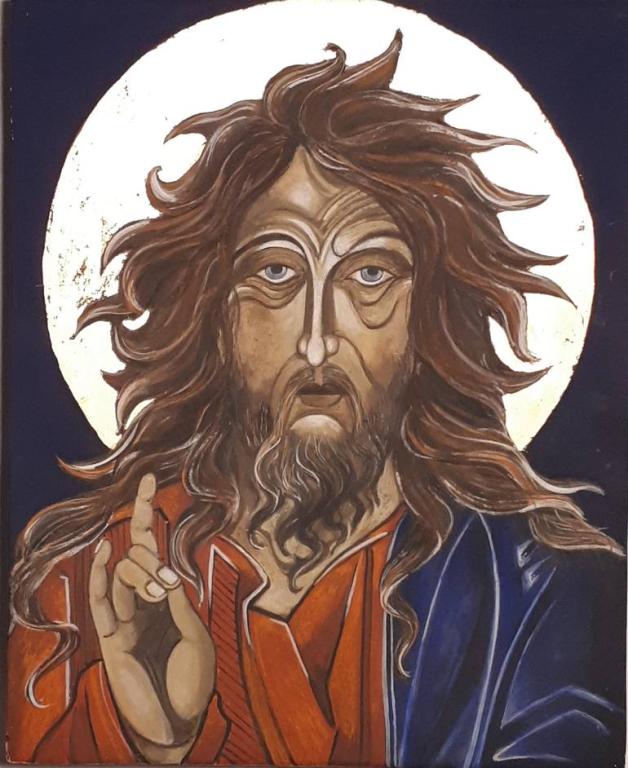 Do Evangelical Churches Have a Catechesis Problem?
Chris Gehrz