Moving Beyond the Culture Wars

How do we move beyond the culture wars?

This is a question that Jonathan Merritt, faith and culture writer, explores in his new book, A Faith of Our Own: Following Jesus Beyond the Culture Wars. And, it is a question that a number of young evangelical and post-evangelical writers have been exploring on blogs and in columns in the wake of President Obama's affirmation of same-sex marriage.

One thing is clear: no young Christian wants to be associated with the combative legacy of the culture warriors. Rather, as Merritt explains, they are looking for a way to build consensus, to debate issues without the rancorous tone that marred culture warriors, and to broaden the range of issues that concern Christians.

Merritt also points out that while young Christians are advocating for different means of communicating and a diversity of platforms on which to stand, this shift does not necessarily correspond with a change in political identity. Particularly among those who would call themselves evangelical, conservative politics still reign supreme.

This is an important distinction, to be sure, but it is only part of the picture. I have argued elsewhere against the notion that young Christians remain conservative politically and only shift superficially mostly because this has not been my experience, or the experience of many of my friends. I know plenty of people who, even while attending Christian college, saw their politics shift dramatically leftward. They fit Merritt's categorization of those who wish to move beyond the culture wars in tone, but also in ideology.

This group, of which I am definitely a part, is difficult to survey precisely because we also no longer call ourselves evangelical, which means that we are not counted among those whom Merritt describes as having shifted in approach as opposed to politics. Our presence is reflected, rather, in the surveys that show that young evangelicals are leaving the faith of their youth.

But let's stay for a moment with those evangelicals who still remain in the fold, those with whom Merritt is most concerned. These are the young Christians who still have causes to advocate for, but are exploring new ways to go about doing it. And, it is they who have the most vested interest in moving beyond the culture wars because if they do not, the label that was branded on their parents' generation will remain with them as they come of age.

In some ways, Merritt is conflicted about the previous generation. A Faith of Our Own begins and ends with accounts of interactions with the late Jerry Falwell. In the first, Merritt meets Falwell in an IHOP and Falwell tries to convince him to attend Liberty University. In the second interaction, Falwell has passed away and Merritt attends his funeral and visits his gravesite. The specter of Falwell, and indeed of that entire generation hangs over Merritt—and the rest of us—who came of age in the dog days of the culture war.

It is for this reason—to shake the ghosts—that young evangelicals desire to rewrite the strategy books of the culture war, indeed to move from a war to a discussion, a kind of peace treaty. But, even after reading Merritt's insightful book, we're left with the question, what does this look like? To be sure, he gives some examples, poignant moments from his own life and from the lives of his peers, but in a lot of ways we are just at the brink of what could be. And, I would argue, in writing his book and making young evangelicals self-consciously aware of the movement they are necessarily swept up in, Merritt is modeling how they can begin to move forward.

That is, the cornerstone of Jonathan Merritt's approach is openness to new ideas—an ability to listen where previous generations argued. On two separate appearances on Fox News recently, Merritt insisted that Americans in general and Christians in particular must be willing to listen to viewpoints with which they disagree. He rightly expresses this in language evangelicals will understand and respond to; in discussions about abortion, for example, he asserts that the pro-life argument is inherently stronger, so why should anyone be threatened by hearing the opposing position? Here he is echoing an oft-expressed apologetic strategy: if we believe God is who we say he is, what argument could possibly defeat him?

So, this is where it starts—with listening rather than shutting down opposing arguments or refusing to consider alternative views. In some ways this approach can be seen in the response of young evangelicals to the issue of gay marriage. While some of the old culture warriors weighed in immediately and predictably after President Obama announced that he supports gay marriage—Pat Robertson, Al Mohler, the usual suspects—many younger evangelicals have been slower and more contemplative in their responses. They've been listening.

This new approach will certainly help move evangelicals beyond the culture wars in that they may be able to eschew the label. But, at some point, they will need to speak up, and it is as of yet unclear as to what, exactly, that will sound like. 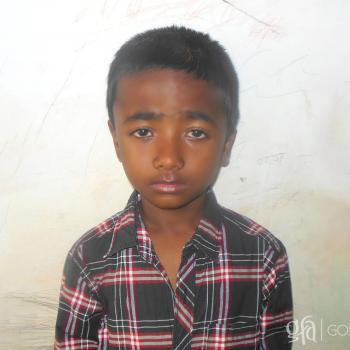 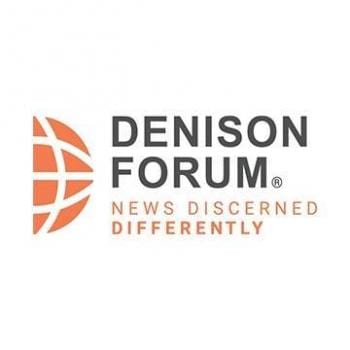 Why I'm grateful for our political conventions
Jim Denison
3

Revision 4.3 "The Qur’an and the Doctrine and Covenants"
Dan Peterson
4

Caught Between a Racial Watershed and a Powder Keg Moment
Dr. Sam Kline
Get Patheos Newsletters
Get the latest from Patheos by signing up for our newsletters. Try our 3 most popular, or select from our huge collection of unique and thought-provoking newsletters.
From time to time you will also receive Special Offers from our partners that help us make this content free for you. You can opt out of these offers at any time.
see our full list of newsletters
Editor's picks See all columnists