A Nasty Little Bit of a Tale: Reflections on Genesis 22:1-14

Let me make something very clear from the outset of this piece: I deeply dislike and thoroughly distrust this morsel of the sacred text. Oh, believe me, I know how well-known, and well-beloved it is for many believers; how Paul found it formative for his understanding of profound faith; how generations of commentators have waxed eloquent about Abraham's astonishing willingness to sacrifice his long-awaited child at the strange request of God, despite his apparent conviction that doing so would end the hope of the future of Israel. Yet, these commentators go on to say that, because of his willingness to act as he did, YHWH rewarded him by giving back the life of his son, accepting the life of the unfortunate ram in his stead.

For goodness' sake, and perhaps for the sake of the philosopher's own sanity, Kierkegaard wrote an entire treatise on the ultimate meaning of genuine faith employing a long exegesis of this passage to do so. He called it "Fear and Trembling." In that often labyrinthine argument, the obscure Dane stated that Abraham's actions in the story represented the "teleological suspension of the absolute," which I assume in plain English means that all bets are off; when God asks things like this of us we may only leap wildly across the chasm of our doubts and fears, thrusting ourselves into the arms of this same God whom we trust will catch us. By so leaping we discover the true meaning of faith.

Yes, I get all that, but in fact, let me 'fess up further: I have a narrative sermon on this text that I have preached more than once. (We travelling orators do on occasion repeat an address to different audiences, in case you all thought that we do only new things when we make our appearances in churches near you.) I have even published this sermon, or at least a version of it, in the first book of preaching scholarship I wrote some twenty-five years ago—a reality for which I now feel very little pride and a good chunk of regret.

Well, you may ask—if you are still with me in this rather revealing memoir of my preaching life—why exactly am I so troubled by this powerful and memorable and religiously important tale of Abraham and his son, trundling their way up Mt. Moriah for a date with a fire, a knife, and a very demanding God? And here is my answer: because I have a son, too, and since I do, I can only now see this text as a terrible form of divine child abuse. And let me go even further: due to the potency of this unforgettable story and its undeniable influence on later Christian reflection about Jesus and his sacrifice on another mountain many years later, I can only see that later story as another example of divine child abuse. If Jesus really did "die for my sins," as the familiar phrase has it, then God has some mighty explaining to do about just why God's only child also trundled, or perhaps more accurately, stumbled up a mountain to be tortured on a Roman cross while God, all too much like Abraham, seemed a willing participant in the murder.

These are hard thoughts, but this is a hard text. Not only God has some explaining to do, but certainly Abraham should be much more forthcoming as well. Old Abe in nearly all the stories preceding this one is all too ready to talk in all sorts of ways to get himself out of tight spots and to save his own skin. In Genesis 12, he lied baldly about his wife, Sarai, claiming to the pharaoh of Egypt that she was really his sister and that he was more than welcome to take her into his expanding harem. The result of Abe's generous gift of his own spouse was a passel of rich gifts from that same pharaoh, including a few fine Egyptian camels. After pharaoh discovers that Abe has been less than truthful, he sends the pair back to Israel, laden with these gifts. Lying apparently has its rewards, despite what the commandment says!

Later, in chapter 17, when God reiterates that despite Abe and Sarah's advancing years, they will still father and mother a child of their own, Abe falls on his face and roars with laughter and urges God to accept Ishmael as the only heir he is going to have. And in the next chapter, Sarah has her quieter chortle, too, when she overhears the same foolish promise in the tent at Mamre. After that child has in fact been born to the prune-faced couple, Sarah, upon seeing the surrogate child that her husband has fathered on her Egyptian maid, Hagar, playing joyfully with her own boy, angrily demands that Abe toss the older boy and his mother to a certain death in the desert. Abe proceeds to do so. But at least here he gives to the woman some bread and water as a way to delay the horror of a desert death at least for a time. On Moriah, Isaac is offered nothing by his father, save the chance to carry the wood and the knife, instruments of his own doom.

And what about the Abraham of Genesis 18, who argues persuasively, right in the teeth of his God, that Sodom should not be destroyed if even ten righteous ones might be discovered living there? The implication of the story is surely that if even one righteous one is found, Sodom must be spared. "Shall not the God of all the earth do what is right," thunders the suddenly prophetic Abraham, attempting to save Sodom, of all places, a city that was and long has been nothing less than a byword for evil? 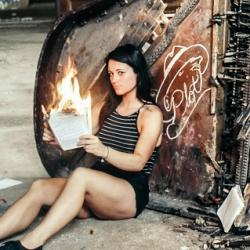 Promise and Peril: A Meta-Report on Christianity's Decline
Cassidy McGillicuddy
2

Group constraints for churches are a public health necessity, not a bias
Rick Snedeker
3 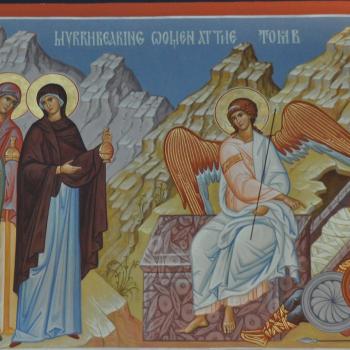 Mike Huckabee: The Risk of a COVID-19 Death is "Minimal," but Sin is 100%...
Hemant Mehta
Get Patheos Newsletters
Get the latest from Patheos by signing up for our newsletters. Try our 3 most popular, or select from our huge collection of unique and thought-provoking newsletters.
From time to time you will also receive Special Offers from our partners that help us make this content free for you. You can opt out of these offers at any time.
see our full list of newsletters
Editor's picks See all columnists