Of course, not only are kings in Ezekiel's fevered mind as he speaks of leaders who devour rather than care. Just as Jeremiah attacked kings, he also included priests, scholars, and prophets in his withering words (Jer. 2:8): "The priests did not say, 'Where is YHWH?' Those who handle the law did not know me (YHWH); the shepherds (rulers, kings) transgressed against me; the prophets prophesied by Baal, going after emptiness." Jeremiah includes the entire leadership of Israel in his claim that Israel has been led astray by those whom they should have been able to trust.

Thus, when Ezekiel calls the leadership of Israel "those who pushed with flank and shoulder, and butted at all the weak animals with your horns until you scattered them far and wide" (Ezek. 34:21), he too has all the leaders in mind: priests who spend more time on vestments and liturgical niceties than on asking the basic priestly question —where is YHWH?; scholars who know more about tenure and promotion than appropriate ways to read and love the biblical texts; kings (presidents, prime ministers) who gaze longingly at power and pomp rather than show concern for the justice of all their people (see Ps. 72); prophets more concerned with success and fame rather than preaching the truths of YHWH into a world bent on lies.

The obvious reason why this text shows up for "Christ the King" Sunday is found in Ezekiel 34:23. Here YHWH promises to "set up over them one shepherd, my servant David, and he shall feed them; he shall feed them and be their shepherd." Since the crowds shout at Jesus' entry into Jerusalem, "Hosanna to the son of David," the text has often been read as a prefiguring of Jesus' eventual rule as king: "And his reign shall have no end," as Isaiah earlier put it.

I know this connection of texts is a very old one, but that does not make it any less troubling to me. Obviously by the 6th century B.C.E., David had become the embodiment of God's servant, the righteous ruler who should serve as model for all who would rule in YHWH's name. Yet, this historical fact should never allow us to forget the David we know from 2 Samuel —that David who commandeered Bathsheba for his own lustful ends, lied about the affair to all and sundry, had her husband murdered to cover it all up, and blithely married the woman after an inappropriately short period of mourning for the victim (see 2 Sam. 11). Surely, we want no David like that to be shepherd for us.

Give me the ruler of Psalm 72, "judging people with righteousness, the poor with justice," defending "the cause of the poor of the people, deliverance to the needy, crushing the oppressor" (Ps. 72:2,4). This is the ruler Ezekiel had in mind; this is the ruler YHWH has in mind; this is the leader we all should have in mind. When I look at our leaders today, it is difficult not to observe just how far most of them are from that ideal. All the more reason for us preachers to trumpet the truth of Ezekiel in the loudest and most powerful ways that we can! 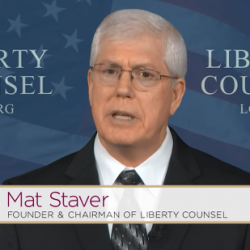 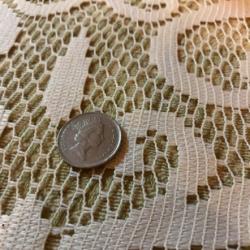 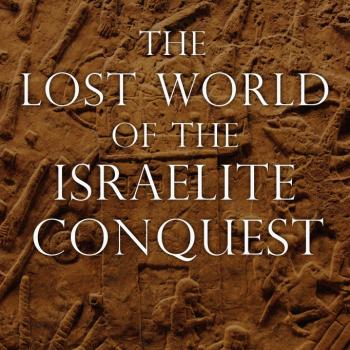 Lost World of the Israelite Conquest
Mike Bird
Get Patheos Newsletters
Get the latest from Patheos by signing up for our newsletters. Try our 3 most popular, or select from our huge collection of unique and thought-provoking newsletters.
From time to time you will also receive Special Offers from our partners that help us make this content free for you. You can opt out of these offers at any time.
see our full list of newsletters
Editor's picks See all columnists