The lectionary that last week offered the passage concerning the holding of all things in common among the earliest Christian communities, and tied that fact directly to serious commitment to the faith, now turns to the fresh power to be found in the world as a result of the resurrection. The man who daily begged at the Beautiful Gate of the temple in Jerusalem, has been healed by Peter and John simply by announcing the name of Jesus Christ of Nazareth and calling for the lame man to stand and walk. Not only does the man walk on his newly strengthened feet and ankles, he leaps his way into the temple, joining his healers on their way to worship (Acts 3:1-9).

The result of the healing is dramatic. While the man "clung to Peter and John, all the people in astonishment surged toward them at the Portico called Solomon's" (3:11). Whether Luke was intimately acquainted with the exact layout of the Jerusalem temple has been the source of much, probably fruitless, scholarly debate. Clearly the lame man, as a broken person, would not have been welcomed into the temple itself, but since he is now whole, he runs into the inner parts of the holy place to become a worshipper. There he is met with astonishment, since all those knew perfectly well that this was the man who formerly was lame and who formerly asked them for money. And he was now worshipping among them in the temple.

Peter quieted the crowd, and admonished them: "You Israelites, why are you astonished at this? Why are you staring at us, as though by our own power or piety we had enabled him to walk?" (3:12). And in that sentence of reinterpretation, Peter calls all through the ages to judge very carefully those who claim special piety and power, due to their unique faith and special devotion. That this is an important concern of Luke may be seen also in Acts 14:15. There Paul also heals a lame man in Lystra, the result of which causes the witnesses to shout "the gods have come to us in human form!" (14:11). Paul immediately responds, as the crowd prepares to offer sacrifices to him, "Friends, why are you doing this? We are mortals just like you." It is plain that there is a problem in the early church with persons who are arrogating more uniqueness to themselves than they ought. If Peter and Paul, the two giants of the early church, are quick to point away from themselves and toward the real source of power, the resurrected Jesus, so should all true followers do the same. Would that some so-called faith healers of our own day read these passages more carefully.

But now Peter's speech to the astonished crowd takes a dark and fateful turn. The Jews worshipping in the temple are treated to an anti-Jewish diatribe, one all too familiar in the succeeding centuries of Christianity. While God "glorified his servant/child (the Greek may be translated either way—see the Greek reading of Isaiah 52:13 for an important example) Jesus, you handed him over and rejected the Holy and Righteous One and asked to have a murderer given to you" (3: 13-14). Luke here recalls his own story of Jesus' passion, recounted in Luke 23. There the emphasis is on Roman innocence (Pilate tries three times to save Jesus from the furious crowd (23:4, 16, 22) and Jewish hatred and guilt. The Romans may have carried out the crucifixion of Jesus, but without the loud and insistent Jewish demand that they do so, Luke suggests that Jesus may have escaped with a flogging only.

Peter concludes his diatribe with the direct accusation that "you (Jews) killed the Author of life (accepting instead the murderer Barabbas), whom God raised from the dead. To this we are witnesses" (Acts 3:15). Peter says that not only was he present when Jesus was condemned by Jewish perfidy, but he also witnessed the resurrection of the murdered Jesus. Peter pointedly does not recount for the crowd his own rejection of Jesus in the courtyard of the Praetorium, nor his fearful hiding on the day of the crucifixion. In fact, according to Luke, the last direct mention of Peter in the Gospel is his bitter weeping by a warm fire after his three-time denial of the Lord (Luke 22:62). It is said, after the resurrection, that "the Lord has appeared to Simon," Peter's Aramaic name, but Luke does not have Peter himself say another word until the beginning of the book of Acts.

Perhaps because of his own checkered relationship with Jesus at the climax of the Gospel story, Peter, somewhat magnanimously, offers the assembled Jews an out. "Friends, I know that you acted in ignorance, just as your rulers did. In this way God fulfilled what had been foretold through all the prophets, that God's Messiah would suffer" (3:17-18). Here we get a glimpse of what the earliest church's sermons must have been like. You Jews are dreadfully guilty of the death of Jesus, but you did that monstrous thing out of ignorance, and quite unknown to you but known by God, you therefore participated in the suffering that God had in mind for the Messiah Jesus all along.

The Return of Oral Hermeneutics (An Overview)
Jackson Wu
2 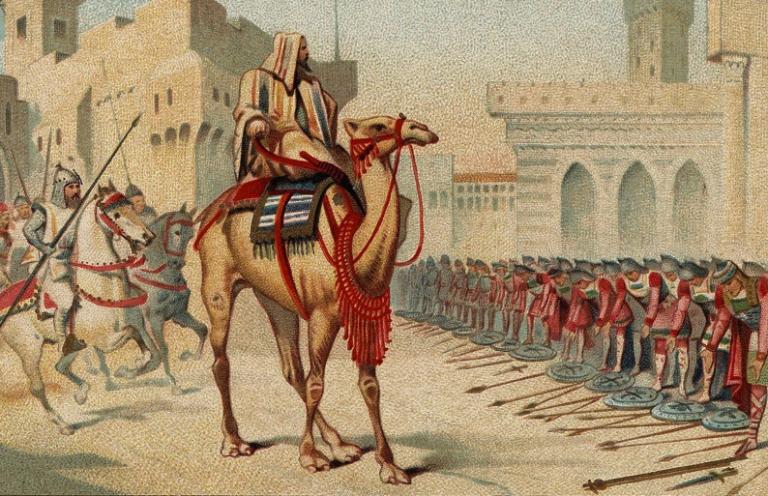 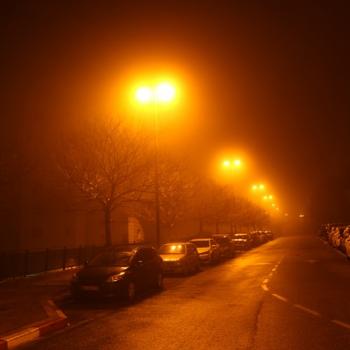 As You Sow
Mary Pezzulo
Get Patheos Newsletters
Get the latest from Patheos by signing up for our newsletters. Try our 3 most popular, or select from our huge collection of unique and thought-provoking newsletters.
From time to time you will also receive Special Offers from our partners that help us make this content free for you. You can opt out of these offers at any time.
see our full list of newsletters
Editor's picks See all columnists