Propaganda or Something Else? Advent Reflections on 2 Samuel 7:1-11, 16

It is of course highly unlikely that any preacher, four days before the Christmas orgies around the tree, would dare to use 2 Samuel 7 as the basis of her sermon, especially when the beloved Luke 1 beckons from the New Testament. Nevertheless, this column has now for some four years been titled "Opening the Old Testament," so in keeping with that charge I will attempt to pry open a crack the Hebrew Bible text assigned for this day. It is the famous (infamous?) 2 Samuel 7, wherein King David has a conversation with the prophet Nathan, that same Nathan who soon will upbraid his king for adultery and murder.

But here David is described as uncomfortable with the fact that while he is living now in a fine house of cedar, after having defeated, with the help of the power of YHWH, all of his enemies, the sacred Ark of the Covenant still resides in a tent. Surely this cannot be right, says the king. How can I rest at my ease while the magic chest of the portable YHWH has no fine building, actually no building at all, in which to find its properly honored place? Nathan quite readily agrees with his monarch and urges him "to do all that you have in mind, for YHWH is with you" (2 Sam. 7:3). There is something rather chilling about Nathan's words to David; they are quite reminiscent of words Samuel uttered to Saul right after anointing him as the leader of Israel (see 1 Sam. 10:7). That action and those words began a chain of events that led to Saul's suicide on Mt. Gilboa and the choice of David to be his successor. Perhaps one ought to be leery of any prophet who immediately says that one may do precisely as one likes, because the prophet claims that God is always with us and always approves our actions.

In fact, in this case the prophet just as quickly withdraws his certainty of divine approval, because that same night, "the word of YHWH came to Nathan" and announces to him that David will not build any sort of permanent dwelling for YHWH or for the Ark. Instead, YHWH reiterates the great promise made to the patriarch, Abram, way back in Genesis 12:3. "I will make for you a great name, like the name of the great ones of the earth" (2 Sam. 7:9). David will not merely be a builder of a house for God; he himself will be a house: "Your house and your kingdom shall be made sure forever before me. Your throne will be established forever" (2 Sam. 7:16). Along the way, YHWH says to Nathan that one of David's offspring (obviously Solomon) will build a house for God (2 Sam. 7:13). The fact that Solomon does indeed build the temple in Jerusalem, after the death of his father, David, makes it certain that this text was constructed well after both of these kingships over Israel, though determining an exact date is impossible.

It is thus this text that stands at the head of an important theological notion that culminates in the coming of Jesus of Nazareth. Since God promises that David's reign is "forever," and since Jesus is heralded as "son of David" in numerous places in the story of the gospel, it follows that Jesus is heir to David's eternal throne and thus will "reign forever and ever," as G. F. Handel has firmly fixed in our ears. I admit that this all sounds like the most shameless propaganda, both for David and for Jesus. YHWH promises an eternity of rule for David and his offspring, and, according to the readers of the New Testament, David's chief offspring is Jesus. Case closed; Jesus is heir to David's eternal rule as ordained and promised by God.

Yet, I am troubled by the placement of this story of the covenant of God with David. Just four chapters later, this same David will break fully four of the Ten Commandments: killing, false witness, adultery, and theft of a wife. What can God's covenant with such a one mean after that hideous story? In the light of that monstrous series of actions, 2 Samuel 7 appears to be little more than a pallid attempt to clean old David up, to vitiate his cruel and dark reality with the most obvious sort of newspeak, created to divert our eyes from the horrors soon to come. Is this chapter merely a Deuteronomic dodge, a piece of public relations, spinning the tale of the second king of Israel who is fast becoming in the minds of many the veritable paragon of leadership, given directly by the hand of God? Something like that is quite often said to summarize this odd chapter in the long story of David.

I am not entirely convinced that some Davidic supporter has slipped such a blatant bit of propaganda past the editors of this marvelous and rich narrative of the vastly complex and mysterious King David. Might a closer reading yield something more? Listen again to 2 Samuel 7:25-26: David says, "And now YHWH God, as for the word that you have spoken concerning your servant and concerning his house (i.e., that word that has promised David eternal rule and an eternal house), confirm it forever; do as you have promised. Thus your name will be magnified forever in the saying, ';YHWH of the armies is God over Israel, and the house of your servant David will be established before you.'" Though the NRSV ends the "saying," the proverb that David creates, after "God over Israel," I would suggest that David in fact continues the proverb to include the fact and certainty of his own eternal house. And because YHWH has made this promise to David — "I will build you a house" — David claims that he has "found the courage" to utter this prayer, a prayer asking YHWH to reiterate the promise of David's eternal rule and house.

How It's Always Been
Erin Wathen
2 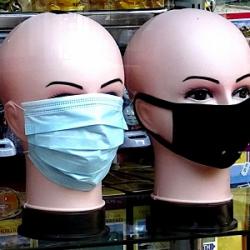 The Black-White IQ Gap as Being Environmental
Jonathan MS Pearce
Get Patheos Newsletters
Get the latest from Patheos by signing up for our newsletters. Try our 3 most popular, or select from our huge collection of unique and thought-provoking newsletters.
From time to time you will also receive Special Offers from our partners that help us make this content free for you. You can opt out of these offers at any time.
see our full list of newsletters
Editor's picks See all columnists