The Rise of the Christian Left

One of the news stories that caught my attention last week was the widely celebrated statistics from the Brookings Institution and Public Religion Research announcing that religious progressives are growing in number. In reaction, more than one writer observed in effect: "At last, the Christian left is on its ascendancy instead of those bad old conservatives on the Christian right."

I'm not so sanguine.

You see, the witness of both the Hebrew and Greek Scriptures are pretty consistent: Our politics are always subject to the judgments of God and no nation-state—no matter how thoroughly it hews to a particular brand of politics—can claim to be one and the same with what the Bible calls the reign of God.

At a minimum that means three things (and it probably means a lot more):

One, as the children of God we await a Kingdom that is not of our own making.

Two, to the extent that our faith transforms our political commitments (and it should), we are obligated to work out those commitments mindful that we never get it right.

Three, in seeking to hear God as members of diverse communities we cannot take refuge in a political ideology as a substitute for listening for the voice of God, whatever others might choose to do.

For that reason, a Christianity of the left or the right is more than a little problematic. By defining our faith in terms of a political ideology, we define our goals as one and the same with the goals of God. We tacitly make the reign of God our work, subject to our political values, and limit the reign of God to the body politic. We also divorce ourselves from the task of listening for the voice of God, reducing the reign of God to a political checklist of right opinions.

That's not, from my point of view, a good thing, no matter whose political views triumph—left or right. Our politics become our religion. Government becomes our God. Right political opinion becomes our creed. The Gospel is truncated in its demands, consigned to the merely political. And the need to hear God, never mind worship God, becomes superfluous.

So, to my fellow progressive Christians I would say this: Weigh carefully your enthusiasm when a politico like Steve Benan at MSNBC's Maddow blog crows, "For too long, the political world considered 'religious issues' and 'conservative issues' as synonymous, and fairly soon, that will no longer apply." Mr. Benan isn't celebrating the ascendancy of a distinctively Christian progressive voice. He's celebrating the fact that his candidates will finally compete among religious voters and, better yet, may one day have the larger audience.

That may be progress for politicians. It's not progress for the church. Until we can think for ourselves about the political implications of the Gospel and critique both the left and the right with integrity born of God's call on our lives, we will be neither genuinely prophetic, nor faithful. We will simply be those ingratiating hangers-on, manipulated and despised by people who tolerate our beliefs but really wish we would find more straightforward reasons for voting. 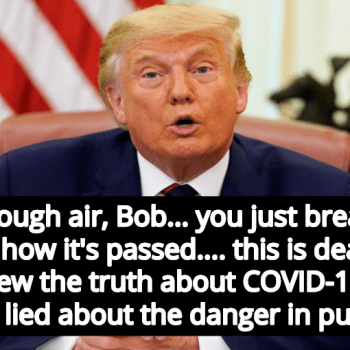 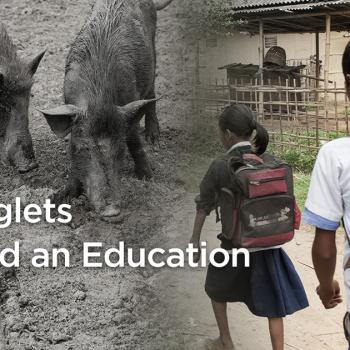 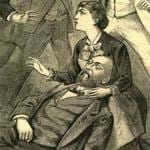 When History Was Really Cancelled: A Black Cemetery in Waco, TX
Beth Allison Barr
Get Patheos Newsletters
Get the latest from Patheos by signing up for our newsletters. Try our 3 most popular, or select from our huge collection of unique and thought-provoking newsletters.
From time to time you will also receive Special Offers from our partners that help us make this content free for you. You can opt out of these offers at any time.
see our full list of newsletters
Editor's picks See all columnists