[Editor's Note: This week's column is a continuation of last week's column about the importance of being both spiritual and religious.]

Last week I promised to give a few of the reasons I believe it is important to be both spiritual and religious.

If we didn't have religious practice, spiritual people would be forced to invent it. In fact, they do invent it—every single day.

I completely understand why some people argue that to be genuinely spiritual, by definition we need to shrug off—if not throw off—religious practice.

Part of that impulse comes from a longing for authenticity. Some of it arises out of a desire to connect more directly with God. Some argue that if you are in immediate contact with God and with things spiritual, then your relationship with God will have an extemporaneous and conversational character to it. Still others reject religious practice because they've been hurt or exploited by religious people, and the only way to stay sane and spiritual is to distance themselves from the trappings of "organized religion." (Although I've never noticed anything all that "organized" about it.)

These are completely legitimate concerns, so let's look at each one.

Simply subscribing to a set of religious convictions will not guarantee that you know anything about God or about the spiritual life. As the Book of James notes, even demons can believe all the right things. And I have met some religious people who behave a lot like demons.

Authenticity is, by definition, an inside job, and it can take many different forms. It's a matter of congruence between lived behavior and deeply held convictions. But for that reason, the notion that people who don't believe anything in particular are authentic is, in fact, nonsensical. If you don't believe in certain things, it is impossible to talk about that kind of congruence.

An extemporaneous, lived relationship with God is also important.

I'm an Episcopalian and a prayer book guy. That's not because I want to distance God and formalize my life with God. I actually get pretty tired of formalism for formalism's sake. And I can—and do—pray to God in ways that I hope are as real and unscripted as humanly possible. I think that God wants that from me, expects it, and can hear it.

But I like using a prayer book and I rely on the language of the Christian faith because I am also sure that centuries of effort to understand God has yielded some pretty useful insights into the ways God works in our world. The set prayers in my church's liturgy remind me of people and situations that demand my attention and for which, left to my own devices, I might not think to pray. The simple breadth and length of the Christian tradition reminds me that I am a nanosecond in the history of humankind—an object of God's love, to be sure, but hardly the center of the universe.

I also have friends who never use a prayer book and what I've noticed is, no matter how religious or spiritual they might be, their prayer language falls into patterns. Sometimes the language grates on my nerves. I find it hard to sit still when someone prays a "Jezus, we just wanna" prayer. But it's a formula, and it reflects a certain shared understanding of God, and that much I understand.

The point here is not that genuinely spiritual people don't use shared language and merely religious people do. The point is that if you have a genuine relationship with God and if you have any specific notion of who that God is, you will use language that falls into certain patterns, and you will pray in a lived, extemporaneous fashion.

Avoiding ritual is, in other words, no insurance that you will be deeply connected to God or necessarily spiritual in any sense.

It is also true that some people have been deeply hurt by ostensibly religious people.

First, let me acknowledge the pain, misery, and havoc. I am appalled by the way in which those who describe themselves as religious have brutalized others—and often, the most vulnerable in our society. It is disgusting and damnable.

I have no desire to make excuses for it. No desire to explain it away. 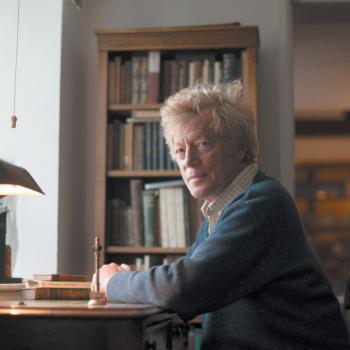 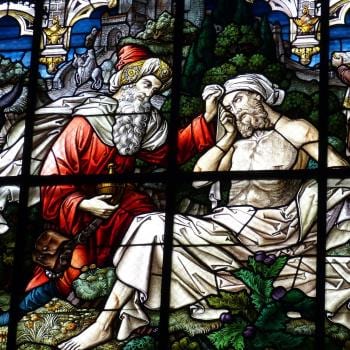 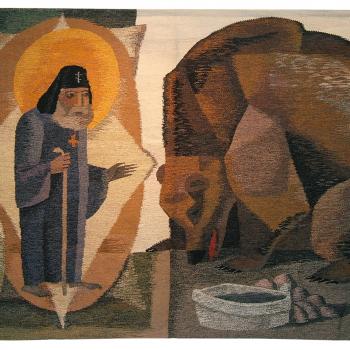 Hagia Sophia’s Conversion to a Mosque and the Western Hypocrisy
Ejaz Naqvi MD
Get Patheos Newsletters
Get the latest from Patheos by signing up for our newsletters. Try our 3 most popular, or select from our huge collection of unique and thought-provoking newsletters.
From time to time you will also receive Special Offers from our partners that help us make this content free for you. You can opt out of these offers at any time.
see our full list of newsletters
Editor's picks See all columnists