You've said: "The spiritual life isn't an elective luxury to add on to the necessity of a theological system. I'm more and more convinced that it's actually the point." Are you saying our spirituality is more important that our theology?

That's a good question. It makes me wonder what the value is of having a correct or intelligent or rigorous theology if it isn't translated into love for God and neighbor. So I'd say it's not just a matter of one being more important than the other: it's that the point of theology is spirituality. The point of seeking and understanding God is loving God, enjoying God, being filled with God, and that of course always flows out into the way we treat neighbor, stranger, outcast, outsider, and enemy.

We're in the Easter season now. What do you think it means to live as Resurrection people?

There are two ways I could answer that. As you know, in Naked Spirituality, I present the spiritual life as a natural progression through four seasons. The first season, simplicity, could be compared to the first thirty years of Jesus' life. The second season, complexity, would be like Jesus' three years of intensive ministry. The third season, perplexity, would be like Passion Week, when things come to a head, culminating on Good Friday when it seems that the wheels come off and everything falls apart. Then, after the silence and deadness of Saturday comes a new beginning, which is like the fourth season, harmony. The quiet of Easter morning is the birth of harmony.

But there's a sense in which the whole spiritual life is a resurrection life—a life lived beyond the normal patterns of biology and survival and ego and selfish or groupish ambition. When we come to the end of ourselves and our agendas, that's like death and burial, and from that sense of failure and defeat, a new life rises. So we might say that the Easter life emerges from the tomb—expanding and deepening from simplicity to complexity to perplexity to harmony.

What do you think the hardest spiritual practices are for Christians in a postmodern world? And what do you feel are the most important?

For a lot of us, anything involving solitude and silence is hard because we're always wired in somewhere, checking Facebook or emailing or surfing websites or listening to the radio or watching something on a screen or whatever. We're surrounded with things demanding our attention—often very exciting or amusing or fascinating things—and so we can remain in a state of perpetual distraction. And distraction is pretty much the opposite of a spiritual practice.

That's why I think that practices of silence and solitude are so important. Things go best for us when we're like an iceberg—ninety percent (or some significant chunk) invisible, below the surface. But so much in our lives conspires to make us ninety-nine percent visible with only a sliver of our lives "hidden" or "in secret" or nourished in solitude. For some of us, solitude is like a vacation from the pressure of being on stage, and for others of us, it's more of a sacrifice, leaving the spotlight we love ... but either way, it's important for our well-being to nurture a life with God in solitude, which is the focus of Naked Spirituality.

There is a great interview with you and singer/songwriter David Wilcox at last summer's Wild Goose Festival where he asked you if your books were really a journal of your growth as a human being and Christian. Where have you been growing with your latest book projects?

The short ebooks all relate to the theme of identity—political identity, religious identity, human identity. That's really been a focus of my reflection for the last few years. A lot of us are suffering from what I call CRIS—Conflicted Religious Identity Syndrome.

My big project for this year—really, one of the biggest if not the biggest literary project so far in my life—is a book on Christian identity in a multi-faith world, which comes out September 11 of this year. It's Why Did Jesus, Moses, the Buddha, and Mohammed Cross the Road?I'm asking questions about why religious people often seem so hostile—so willing to turn the other into the enemy, so willing to use the language of warfare, as in culture wars or jihad or crusade—to frame what they're about.

In the book I explore four challenges I think we Christians must engage—whether we're Catholic, Protestant, Orthodox, Pentecostal, conservative, liberal, modern, postmodern, whatever. There's the historical challenge—coming to terms with the dark sides of our Christian history, and especially the colonial and imperial tendencies in our history. Then there's the doctrinal challenge—not just what we believe, by how we hold those beliefs and how we use them in relation to others. Then there's the liturgical challenge—because liturgy, I'm convinced, is a major dimension of identity formation. And finally there's the missional challenge—how we translate our faith into constructive, creative action in the world.

As you can tell, I'm really looking forward to this book coming out. A Muslim woman told me that this material can literally save lives, and I hope she's right.

Brian D. McLaren is an author, speaker, activist, and public theologian. A former college English teacher and pastor, he is an ecumenical global networker among innovative Christian leaders. He writes a regular column for Patheos called Naked Theology. 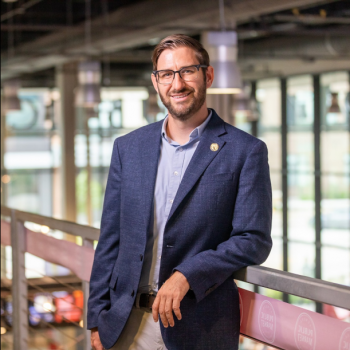 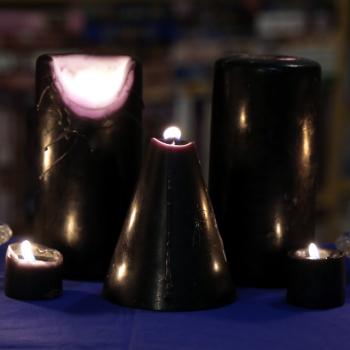 Three Tied at U.S. Open Golf Championship
Kermit Zarley
Get Patheos Newsletters
Get the latest from Patheos by signing up for our newsletters. Try our 3 most popular, or select from our huge collection of unique and thought-provoking newsletters.
From time to time you will also receive Special Offers from our partners that help us make this content free for you. You can opt out of these offers at any time.
see our full list of newsletters
Editor's picks See all columnists