Though the main lectionary text is given as 1 Samuel 1:4-20, I have already written on that text earlier in this same year, so I have decided today to think a bit about the strange and perpetually enigmatic Daniel. We mainline Protestants generally do very little with this apocalyptic book, leaving its mysteries for the off-brand types of religious hucksters who enjoy employing their considerable code-cracking skills to wrestle from Daniel's words all manner of foolishness about the coming of the end of days. Recently, many observed the wonderful heavenly display of a total lunar eclipse performed on a huge full moon that had the colorful appearance of something like red. This led more than a few of our public religious mountebanks to warn of the "time of the end." Because the U.S. Supreme Court has now made gay marriage legal throughout the land (yes, even in Kentucky!) God will be quick to fire up the divine wrath to show us once again how much God hates us (or is it how much God loves us by destroying us? — I never can get all that hooey quite straight). The fact that I am writing this post-eclipse suggests that God's fury has once again been allayed, no doubt by the desperate prayers of some of these same people. It is all deeply confusing!

Daniel, on the other hand is really not all that confusing, however weird it is often made out to be. Apocalyptic scripture offers to us only two examples, Daniel in the Hebrew Bible and Revelation in the New Testament. In fact, only the last half of Daniel is really apocalyptic in the fuller sense, where strange beasts and angels appear and speak, supposedly predicting future events while in reality the words refer to events that have already occurred in the past. Daniel, for example, was written in the 2nd century B.C.E., though it claims to have been written closer to the Babylonian exile. That, as is usually the case with this kind of writing, is a fiction designed to give the writer a sort of cachet among his own people as a sage of some sort. Daniel announces that the triumphant Maccabean revolution, that has tossed the Seleucids out of Jerusalem and the sacred precincts of the Holy Temple, is the fulfillment of the prior predictions of the angel of God, the culminating act of God's control of the enemies of Israel, from Babylonians to Greeks. The clearest way to summarize the ramblings of this literature is: God wins and Israel's enemies lose. And this will all be made certain during the time of the end (Daniel 12:4).

Well, just what are we rational, modern Christians to do with this stuff? Preachers of the mainline (or the "offline" or the "sideline" given our precipitous plunge in numbers and significance in the culture) have voted with their Bibles; they have simply nodded sagely, regurgitated their seminary lecture notes on Daniel (usually one day toward the end of the spring semester), and moved rapidly on to more helpful matters, more useful texts.

It could be said that buried in those notes some will find the notion that here for the first time in the Hebrew Bible, indeed at its very chronological endpoint, one finds the idea of resurrection of the dead, an idea that is far more prominent in the later testament. "Many of those who sleep in the land of dust shall awake (at the appearance of Michael, the great prince, the head angel, the general of the heavenly armies of God), some to everlasting life, and some to shame and everlasting contempt" (Dan. 12:2). Now there is the stuff of many older evangelical sermons, the certainty of a double predestination where some are saved and others damned. "Repent and be saved," many a preacher has inveighed down the centuries. But, again, what about those of us whose belief in the deserved torments of hell and the shining rewards of heaven have slipped or perhaps even disappeared? Are such arcane ideas simply no longer valuable or interesting to us?

I readily admit that I am among those who no longer find those claims important to me. I sense that I am not to act expecting some reward or fearing some reprisal from God. I have read the Hebrew Bible for nearly fifty years, and aside from these few verses from a 2nd-century Daniel there are precisely no mentions of eternal reward and punishment to be found. And yet, the Hebrew Bible has offered to all of its readers a very full ethical framework from which we may live under the aegis of God. Yet even here in very late Daniel, the reason given for these rewards and punishments resembles almost exactly the reason offered for any human behaviors to be done at the instigation of God: "Those who are wise will shine like the dome of the sky, that is those who lead many to righteousness will be like the stars forever and ever" (Dan. 12:4). There is the key term of the Hebrew Bible when it refers to model human behavior: leading many to righteousness. I have spoken over and again about the central significance of the term "righteousness," tsdakah in Hebrew. The rabbis have spent countless tractates of their written commentaries on the Bible unpacking the rich meaning of this word. It presents a lifetime of study and reflection.

Should Christians Fight the Culture or Try to Be Accepted?
Gene Veith
2 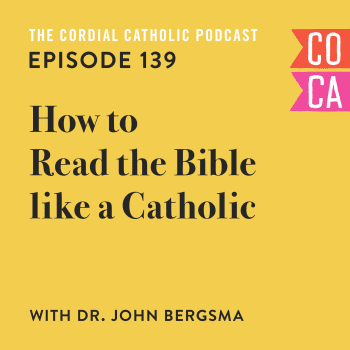 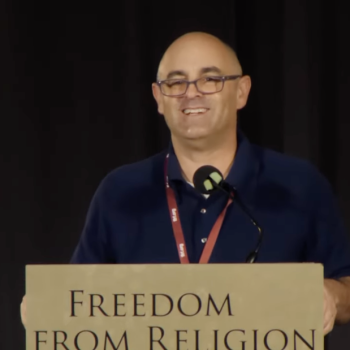 Here's Why Secular Morality Is Better for the Country
Hemant Mehta