Today we begin a ten-week look at the Bible's finest written story, the vast saga of Samuel, Saul, and David, spread over the books of 1 and 2 Samuel and the first two chapters of the book of 1 Kings. This magnificent epic presents the greatest portrayals of human characters in the ancient world, far out-stripping the figures of Homer's Iliad and Odyssey, however much the likes of Achilles and Hector and Odysseus have become the best-known fictional portraits in the Western world. I contend that the prophet Samuel and the first two kings of the tiny land of Israel, Saul and David, should have pride of place in the character sweepstakes. The fact that they do not, and that in beginning literature classes in most of our colleges nearly all read Homer, while few if any read the books of Samuel, is no doubt due to the fact that the latter can only be found ensconced in the pages of the Jewish/Christian Bible. Because that is so, reading its pages as literature is hardly the way that the sacred book has been read down the ages.

Immediately, I wish to urge you to read these passages over the next ten weeks precisely as literature, since that is what they are in fact. This is not history, compiled from several memoirs or annals of Samuel or David, despite the claim of 1 Chronicles 29:29-30 that that is exactly what they are. No, these are not histories in any modern sense. These are created, imaginative fictions, dreamed by fabulous writers who, while surely using old folk stories and oral memories, conjured the accounts of the founders of the land of Israel as rich and unforgettable human beings, caught in the throws of power and its abuse, and at the same time trying to suggest just what YHWH had to do with it all. I say it is "fiction," not in any way to suggest that it is "untrue" or a kind of glorified lie. Far from it! It is fiction in its style, its form, its shape. We will not learn its secrets by resort to archaeology or external histories (histories that in fact do not exist!). Only the stories themselves, their rich details, will provide for us what we need to explore in them. In short, we can focus our full attention on the text itself, keeping our imaginations honed and sharpened, in order to mine the wealth we have spread before us.

What I have written in my second paragraph is the reason that when I came to write a book (now books) about these tales, I used the form of the novel. I wrote King Saul, covering the first book of Samuel, and published it last year (2014), because it seemed to me that the only way one could approach these monuments of ancient brilliance was in the form that they presented themselves, namely in the guise of a novel. Another footnoted tome was to me a poor way to offer the story to the world, rather like preaching a sermon on the wonderful book of Jonah, and never alluding to the story of the foul prophet itself, but rather concerned only with the minutiae of grammar and syntax and word play, however pleasurable those things may be. I have completed a second volume, at least in a first draft, of a sequel, King David, that covers 2 Samuel and the first two chapters of 1 Kings, a portion that obviously concludes the long story of that greatest monarch in Israel's history. These books have been plain fun to compose, and I hope you will have a look at King Saul and the soon to appear King David.

But now to the story itself. The lectionary collectors have omitted the crucial 1 Samuel 8:1-3, and if we are to understand just who Samuel is, we must read them. The prophet has grown old in the service of Israel, a service that began decades before at the tiny shrine of Shiloh where Samuel was left by his mother, raised by the ineffectual priest, Eli, and was called by YHWH in a very famous late-night visitation (1 Samuel 3). Even a cursory reading of that "call" would suggest that it was not in fact a call at all! YHWH in 1 Samuel 3:10-14 merely expresses in tones of absolute fury that Eli is to be deposed as priest because he has failed to restrain his wastrel sons. YHWH does not tell Samuel to do anything. But what Samuel obviously learns from YHWH's rage is that YHWH will brook no argument, that YHWH is filled with anger at any who do not toe the divine line. And it is that YHWH whom Samuel will represent throughout his prophetic career.

Ironically, Samuel finds himself in Eli's position with regard to his own sons. They, too, are foul boys, refusing to follow in the holy ways of their father, turning instead to cash, gained through bribes and the perversion of justice (1 Sam. 8:3). However, Samuel has in any case made these disgusting boys judges over the people of Beer-Sheba in the far southern deserts of the land. It seems clear that Samuel has sent them there for seasoning and fully expects them to take over his judgeship when he is no longer capable of it. 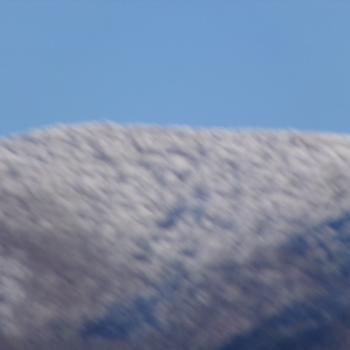 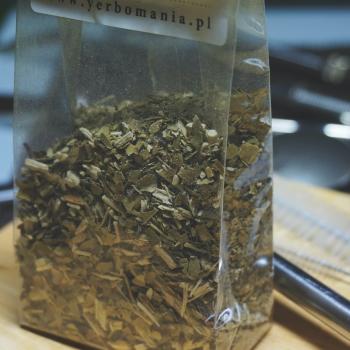