It is no wonder that so many have fought for so long over this little strip of land. Four thousand years ago people recognized its beauty and fertility: in the 20th century B.C. an Egyptian courtier who lived in Canaan wrote, "It was a good land, called Yaa. Figs were in it and grapes. It had more wine than water. Abundant was its honey, plentiful its oil. All kinds of fruit were on its trees. Barley was there and enmer, and no end of cattle of all kinds." Its variety of climate adds to its appeal: within one hundred miles (from Jericho to Mt. Hermon) one can move from the sub-tropical to the sub-arctic. Its land forms and living conditions are almost as varied.

But if the land of Israel has universal appeal, most Christians for most of the last two millennia have believed that the land has no theological importance. According to the general story line, God stopped exercising special care for Jews or their land upon the advent of the Christian church, which became the New Israel. This is what is known as "supersessionism" or "replacement theology." It first arose after the suppression of the Bar Kochba revolt in 135 C.E., was promoted by 2nd-century Christians such as Justin Martyr and Melito of Sardis, and soon became the "standard model" for understanding Judaism's relationship to Christian faith.

According to R. Kendall Soulen, there are three types of supersessionism: 1) Economic supersessionism, which holds that Israel's function was to prepare for the spiritual and universal form of salvation in Jesus, so that once Jesus had come Israel was unnecessary; 2) Punitive supersessionism, which argues that God abrogated Israel's covenant because she rejected Christ; and 3) Structural supersessionism, which stands for all versions of the Christian story that make the history of Israel only tangential to the narrative. This means that every rendering of faith is supercessionist which moves from creation and fall to redemption through Christ without making Israel's story integral to the main story.

As we saw previously, revisions to this story first appeared among the Pietists and Puritans of the 17th century and then certain of their postmillennialist theological heirs such as Edwards, who argued for a coming, literal millennium whose story featured a signal role for Jews. In the 19th and through the 20th centuries, premillennialists envisioned a future for Israel based on their literal reading of Old Testament prophecies. For dispensationalists, a modern Israel was necessary for the fulfillment of end-time prophecies. Jews had to return to their ancient homeland and establish a state, in order for the Antichrist to betray a pact he will make with the Jewish state, and for Christ to return to rescue God's people and restore David's throne. In fact, it was only the majority Jewish rejection of Jesus that opened up the "great parenthesis" in God's plan, which in turn gave space for God to form a Christian church.

Some scholars think this is oddly akin to what Paul meant when he wrote in Romans 11 that 1st-century Jews were "enemies of God for [Christians'] sake" (v. 28). Since there was a "well-attested rabbinic tradition that Israel's repentance triggers the eschaton," and therefore Jewish acceptance of Jesus would bring the immediate end of the world, God "harden[ed] . . . part of Israel" (11:25) in order to make time and space for the inclusion of Gentiles. As Charles Cosgrove puts it, "In order that Jews will not dominate gentile Christians and require them to Judaize, God has temporarily pruned the vast majority of Israelites to make what we might call 'political space' for those of other nations."

After the Holocaust, a rereading of Scripture and particularly of Paul led to a new vision for Israel's future (and hence the land) among some theologians and New Testament scholars, such as Karl and Marcus Barth, C.E.B. Cranfield, Peter Stuhlmacher, and numerous Evangelical scholars. Cranfield, for example, concluded that an impartial reading of Paul's epistle to the Romans demanded a revision of supersessionism: "These three chapters [9-11] emphatically forbid us to speak of the church as having once and for all taken the place of the Jewish people." Like Cranfield, scholars began to notice that Paul seemed to believe that Jewish rejection of Jesus as Messiah did not abrogate God's covenant with them, for in Romans 11 he says explicitly that "God has not rejected his people whom he foreknew" (v. 2, NRSV). As W.D. Davies noted in his landmark work on the biblical concept of land, "Paul never calls the Church the New Israel or the Jewish people the Old Israel." Elsewhere in Romans 11 Paul suggests the same theme of the continuance of the covenant: "The gifts and calling of God are irrevocable" (v. 29); "What will their acceptance [by God] be but life from the dead?" (v. 15); "all Israel will be saved (v. 26) . . . [and] receive mercy" (v. 31). Craig Blaising argues that Paul bases this reading of Israel's future on Isaiah 59:20-21 where the prophet forecasts the return of divine favor on Zion and follows this promise with another: "Then all your people will be righteous; they will possess the land forever" (Is. 60:21). 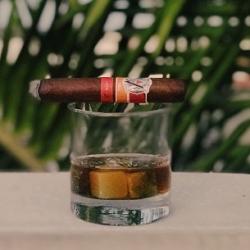 Introducing Veronica Roltgen: You're Not A Good Or Bad Catholic, You're Just...
Guest Contributor
3 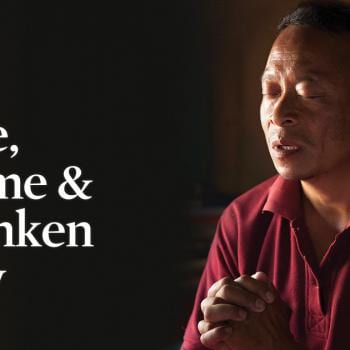 Love, Shame & Drunken Fury: The Story of a Gospel for Asia Pastor
GFA Staff Writer
Get Patheos Newsletters
Get the latest from Patheos by signing up for our newsletters. Try our 3 most popular, or select from our huge collection of unique and thought-provoking newsletters.
From time to time you will also receive Special Offers from our partners that help us make this content free for you. You can opt out of these offers at any time.
see our full list of newsletters
Editor's picks See all columnists