Tuesday's elections were heartbreaking to conservatives. Social conservatives are dismayed by the prospect of another four years of pro-abortion, anti-marriage, and anti-religious liberty policies, of judicial appointments that will sustain these positions and entrench them more deeply in American public life.

Fiscal conservatives are troubled by the grim and immutable realities of the economic crises facing our nation: Massive national debt, substantial un- and under-employment, entitlement programs careening toward bankruptcy, and a political climate that accentuates economic division and "class" warfare.

National defense conservatives worry about a President whose foreign policy seems erratic, at best, and whose proposals for reductions in military spending place America's security at risk.

Yet conservatives of all stripes, by virtue of the philosophy that defines their political outlook, should not be unduly shocked by the reelection of President Obama.

The nation has gone through nearly twelve years of war and the worst economic setback since the Great Depression. Families are disintegrating and prices are rising in the grocery stores and at the gas pump.

Conservatives understand that human nature is fallen. Our moral imperfections—and moral imperfectability—are the very basis of our system of representative self-government. We govern through representatives because, given our nature, direct democracy exploits the immediate fear of the majority. And we govern thereby only because we self-govern, that is, we govern our own hearts and minds, our own actions and words.

As George Washington wrote in a 1788 letter to his young friend, the Marquis de Lafayette, "The general government . . . can never be in danger of degenerating into a monarchy, an oligarchy, an aristocracy, or any other despotic or oppressive form so long as there shall remain any virtue in the body of the people."

In other words, our fallenness can be counteracted by our innate dignity as image-bearers of God who can be touched, to borrow Lincoln's astonishing phrase, "by the better angels of our nature." Yet as virtue declines (if you doubt it is, behold Lady Gaga, epidemic sexually-transmitted disease, a business culture of avarice, etc.), our national character erodes.

Thus, the selfishness, shortsightedness, and weakness that characterize the heart of man triumph pretty easily during times of uncertainty. Perceived security is more appealing than the bracing but unpredictable wind of freedom.

This is particularly true of those voters who see themselves as most vulnerable. For example, "Two-thirds of single women voted for President Barack Obama on Tuesday," writes Maggie Fox of NBC News. Overwhelming numbers of persons of African, Latino, and Asian heritage voted for Mr. Obama; the bulk of them are persons in the lower two economic quintiles and, among blacks, fatherlessness is pandemic. It should not be surprising that most of them would vote for someone who promised so much, at little or no cost, and conveyed a more comforting, reassuring image than did Mr. Romney.

Additionally, conservatives are identified with a word much out of vogue in our political vocabulary: No. We are against homosexual "marriage." We are against abortion. We are against requiring religious institutions and organizations to offer contraceptives and abortion drugs to their students and employees.

In an era in which less than half of young people reach eighteen in a two-parent home, in which moral subjectivism and radical autonomy are taught as normative, and in which conservatives fail to explain why their "no" to some things is actually a "yes" to others (marriage between one man and one woman and the many benefits this brings for spouses and children; protecting the lives of women and their unborn children; the significance of religious liberty, etc.), it should not shock us that many younger Americans are drawn to someone who wants not only to permit but actively to fund many of the things traditionalists find unacceptable.

"Perhaps the most offensive (Americans)," writes historian Victor Davis Hansen, "are the very serious and usually affluent left-wing utopians, who foam and grimace from a distance in their elite white enclaves as they explain how we all must be force to do this and that, here and now, to save some rare amphibian, a certain inert gas, someone's anonymous arteries or lungs, or an inner-city child's dreams—or else."

It is not the impulse to help a needy child or protect a truly endangered species that Hansen is indicting. It is the fascism of the Left whose intrinsic intolerance of dissent and insistence on full submission to its project of cultural recreation against which he protests. 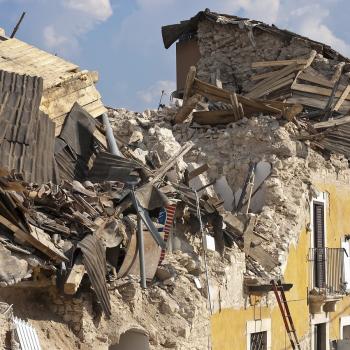 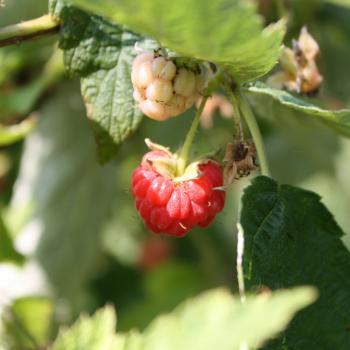 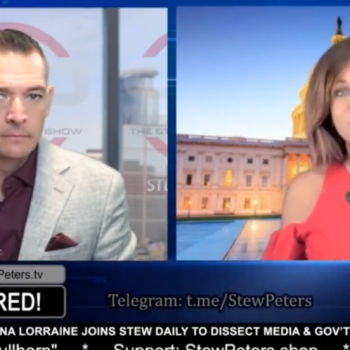 After Celebrating the Capitol Rioters, DeAnna Lorraine Now Blames the FBI
Beth Stoneburner
About
Get Patheos Newsletters
Get the latest from Patheos by signing up for our newsletters. Try our 3 most popular, or select from our huge collection of unique and thought-provoking newsletters.
From time to time you will also receive Special Offers from our partners that help us make this content free for you. You can opt out of these offers at any time.
see our full list of newsletters