How Would Jesus Interact with a Muslim? An Interview with Bob Robinson

Bob Robinson is Senior Lecturer in Theology at Laidlaw College in Christchurch, New Zealand. He is also a charter member of the Evangelical Chapter of the Foundation for Religions Diplomacy. He is the author of Christians Meeting Hindus (2004), and the new volume Jesus and the Religions. He and I had the following discussion of the ideas surrounding his new book.

Bob, how did your experience among Hindus in India, and later as a scholar reflecting on the biblical materials, shape your theology and praxis of interreligious engagement to its present form?

I had long thought (and taught) that, biblically and theologically, a) the religions are both a running away from God and a seeking after God; and that b) before Paul (and Jesus, in his full humanity), spoke to their cultures, their cultures had spoken to them. I clearly remember how my actual lived encounters with Hindus, first in Singapore and then in India, vividly confirmed the truth of both those previously abstract truths.

You state in your book that you were surprised to find few Christians applying the example of Christ to encounters with those in other religions as they try to follow his example elsewhere? Why do you think Jesus' example has been ignored?

Leaving to one side Jesus' encounters with his fellow Jews, part of the answer is quite simple: Jesus never actually met any Hindus, Buddhists, Muslims; we do, he didn't—so "What would Jesus do?" doesn't come quickly to mind. We Evangelicals also want to hurry on to the death of Jesus as so important that the example of his life counts for rather little. Or we're semi-Docetists who don't really grasp the full humanity of Jesus. Or perhaps we notice that talk of following Jesus' example is what Catholics or liberals stress—so we think we mustn't. But I want to retrieve and apply what the New Testament tells us. Christians are called to "have the same attitude of mind that Christ Jesus had" (Phil. 2) and to "imitate Christ" (1 Cor. 11). We're called to "live ['walk'] as Jesus did" (1 John 2). That's how I want to behave when I meet, or even think about, people of other religions.

Your book looks at the New Testament accounts of Jesus and his encounters with Gentiles and Samaritans as examples that should inform our present encounters with those in other religions. Although these texts are few, you suggest they are significant. How is this the case, and why these texts and not others, such as Jesus' denunciation of the Jewish religious leaders?

There are some simple cultural and demographic reasons why Jesus had rather few dealings with Gentile and Samaritans: he was a conservative Jew and he lived in conservative Jewish Galilee. But when he announces his mission (Luke 4, the "Nazareth manifesto") he defends his credentials as Spirit-led fulfiller of God's Messianic promises by pointing to God's treatment of Gentiles. And in his subsequent meeting with them (and Samaritans), and in much of his teaching about them, he attaches eschatological importance to their responses and sees them as confirmation of the new age that has arrived in him. There is some correction of Gentiles and Samaritans by Jesus—but the surprising thing is his generally positive and affirming reaction, especially by comparison with the generally anxious response of the disciples. The Gospel writers rarely comment on the emotions of Jesus but they recall his amazement at what he finds.

Can you suggest a text or two that, in your view, represent the most significant for Evangelical consideration?

I've already mentioned three significant "example" verses that I want to follow. And, if I had time, I would try to unpack the meaning and implications of Matthew 8:11-12—Jesus' extraordinary summary of the implications of the faith he finds in the pagan centurion. In my book Jesus and the Religions I actually deal with about thirty Gospel passages—some of them quite long—that could well transform how we engage with people of other faiths.

What types of implications does your thesis have for the present tensions in the Christian encounter with Islam?

In the time of Jesus, relations between Samaritans and Jews were uncannily parallel to what we have seen between Muslims and Christians over the centuries—and equally as bad. The words "slaughter" and "slander" come to mind as ignorance, fear, and misrepresentation have come to characterize the attitudes of Muslims and Christians to one another. However, what we find in the Gospels is that Jesus treats Samaritans with non-condescending respect; he heals them; he praises their faith and humility; he even uses a Samaritan as an example of God's compassionate mercy. We could do the same. Then, when we conservative Christians, with our firm sense of religious belief and commitment, meet Muslims we will be recognized by them as "serious" and worth talking with—perhaps much more so than liberal Christians or secularists. (As the conservative Imam at our local mosque says to us when we visit, "I like talking with you people.") For related reasons we religious conservatives have some real advantages in enabling Muslims to understand the ideals of the cultural and justice traditions of the global north. But so much remains to be done. Here's one radical suggestion: given the repeated emphasis by Jesus on forgiveness, how about we Evangelicals surprise Muslims by mounting a campaign for "Forgiveness as foreign policy" in our dealings with Islamic nations?! 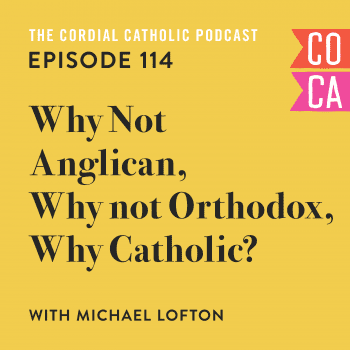 114: Why Not Anglican, Why Not Orthodox, Why Catholic? (w/ Michael Lofton)
K. Albert Little
2

What if the Nones Really Do Herald the Decline of Religion?
Philip Jenkins
3 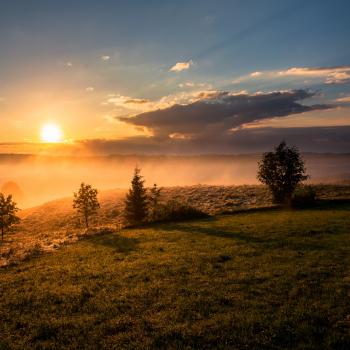 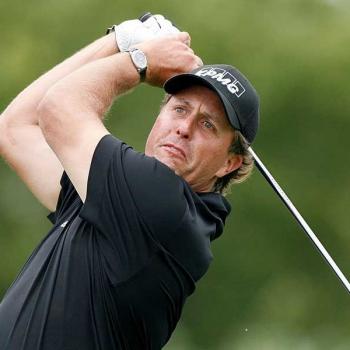 Phil Mickelson Leads the PGA Championship
Kermit Zarley
Get Patheos Newsletters
Get the latest from Patheos by signing up for our newsletters. Try our 3 most popular, or select from our huge collection of unique and thought-provoking newsletters.
From time to time you will also receive Special Offers from our partners that help us make this content free for you. You can opt out of these offers at any time.
see our full list of newsletters
Editor's picks See all columnists