A Legacy Worth Leaving

Now Dobson is updating the best of a 1978 film series on parenting that was seen by more than 80 million people. His son Ryan, a new father himself, happened upon one of the videos and convinced his dad to revive the old series. Ryan is the associate producer of the new series, entitled, Building a Family Legacy. Eight titles are included: A Family Legacy, Bringing up Girls, Bringing up Boys, The Strong-Willed Child, Shaping the Will Without Breaking the Spirit, Adolescence and De-Parenting, Marriage, and Christian Fathering.

He filmed the new series at Skyline Church in La Mesa, California, over two weekends in June 2012, before a total audience of 5,000. He called on parents today, who are so thoroughly overworked and distracted, to be present and engaged in the lives of their children. "Culture flows like a powerful river, and it is extremely difficult to prevent your kids from being swept downstream into unknown waters. You must not become distracted from your ultimate priority, which is to raise healthy children and introduce them to Jesus Christ."

Dobson was 42 years old and raising his two children at the time he made the first film series. Now, 34 years later, he speaks from a lifetime of personal focus and experience as a psychologist, researcher, counselor, father, and advisor. Dobson was an associate clinical professor of pediatrics at the University of Southern California School of Medicine for fourteen years and was on the attending staff of Children's Hospital of Los Angeles for seventeen years. He founded Focus on the Family as a non-profit organization to strengthen families and began a radio program in 1977. He continues to speak to families through "Dr. James Dobson's Family Talk." He was inducted into the National Radio Hall of Fame, on behalf of Focus on the Family, after airing more than 7,500 radio programs.

I had the opportunity to interview Dobson at the taping of the new series. I told him about my strong-willed child. He emphasized to me the importance of our spiritual legacy. "There is nothing that can compete with that, not money or degrees. The most important thing is to pray for our children and to introduce them to Christ." Dobson hopes that this new film series will introduce a new generation to these principles.

Editor's Note: "Building A Family Legacy" will be released on DVD in 2013. Information is available at BuildingaFamilyLegacy.com. 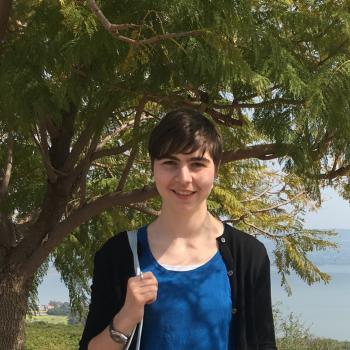 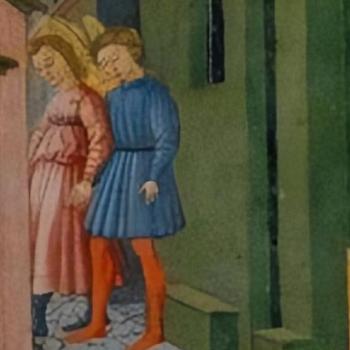 Empathy, Saint Raphael, and Suicidal Thoughts: How To Be An Angel
Mary Pezzulo
Get Patheos Newsletters
Get the latest from Patheos by signing up for our newsletters. Try our 3 most popular, or select from our huge collection of unique and thought-provoking newsletters.
From time to time you will also receive Special Offers from our partners that help us make this content free for you. You can opt out of these offers at any time.
see our full list of newsletters
Editor's picks See all columnists