The year 2012 has been a tough one for a lot of people (including me). In some ways, 2013 is likely to be tougher. We can believe that God takes care of His people—still and always—and that He will not let us fall. But dangerous situations are building in the world around us, both in America and abroad. Some among us will probably be surprised at how quiet it is in our little corners of the world as 2013 unfolds. Others will see different, more unsettling conditions. There will be much to pray about.

The choice our world will bring home to us is the choice between God and human government. Whom do we put our trust in to make life right for us? The questions we will be faced with are: What is the nature of man? Does our nature vary with our position on earth? Are we omniscient if we are in government, but foolish and ignorant if we aren't? Do our rights depend on what our fellow men want us to have, or do our rights inhere in us even when our fellows would take them away? If we believe the latter, by what authority do we do so?

America's founders gave clear answers to these questions. But our style of government and our founding principles have been at odds with each other for exactly a century now. We are finding that with each role we assigned to government, we have sold some of our freedom and our rights. Government's decision to take more of them now is a matter of degree.

In the case of gun rights, for example—a topic on everyone's mind in the wake of the appalling slaughter at Sandy Hook Elementary School—senior politicians don't bother to make constitutional arguments anymore. They simply propose banning high-capacity clips for handguns, or confiscating citizens' guns outright. Restricting the people's rights, for these politicians, is now a matter of details and planning rather than arguments over principle.

Yet the basic problem with mass shooters is not guns but mental illness. A Gallup poll last week indicated that Americans continue, overwhelmingly, to oppose broad bans on handguns, in spite of the shooting in Newtown, Connecticut. The people are wise on this matter, recognizing that responsible, sane gun owners are not a problem. The problem is those people whose incapacity or weakness means they shouldn't own or have access to guns.

Adam Lanza, the Newtown shooter, had had mental problems for years, something we don't handle well as a society. There are no one-size-fits-all, top-down mandated solutions to this community problem. But we should at least consider that our society—our physicians and community policy-makers—ought to take a different approach to the mentally ill, rather than making restrictive policies to constrain everyone, as if doing so will make it safer to have those with problems wandering among us. Mental weaknesses have many layers and aspects; we should not stigmatize people for them, but neither should they govern public policy on the rights of the majority.

How do we view humankind? Are we merely a species of mammal to be managed and herded about on a general plan, regardless of a given individual's capacities? Or is each one of us a person of dignity and worth, whose right to manage his own affairs must be all but inviolable?

America's founders saw humans in the latter light. The right of the individual to defend himself was the foundation for a nation's right to defend its interests—not the other way around. A nation respected the individual's right; it did not confer the right. This respect extended not just to thought, religion, and self-defense, but to the whole conduct of a person's life, including his property and work.

The founders recognized that lawmakers and state functionaries have no more wisdom than the people do. Government is just other people, with—like us—single areas of expertise. We have authorized them to tax us and make a few rules for us. The people performing these functions know no more than we do about how our lives should be lived.

The immigrants who came to populate America hoped to escape governments—many of them operating under self-imposed religious mandates—that presumed, precisely, to know better than the people themselves how the people should live. Ordering the people around in their personal and communal lives is the hallmark of communist and fascist governments as well. But more than that, it has been characteristic of virtually all human governments throughout recorded history. If a people does not commit to the unique concepts of liberty and limited government expounded by America's founders, it will revert, over time, to the kind of overbearing, intrusive government that has been mostly inevitable throughout history. 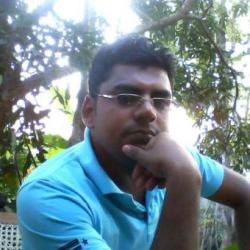 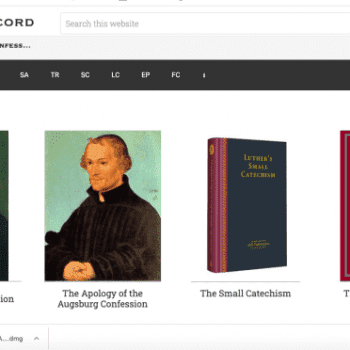 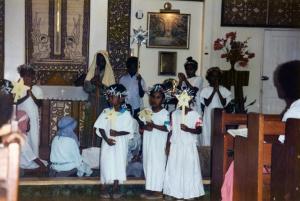 Christmas History/Christmas Poetry The Peripatetic Preacher
John C Holbert
Get Patheos Newsletters
Get the latest from Patheos by signing up for our newsletters. Try our 3 most popular, or select from our huge collection of unique and thought-provoking newsletters.
From time to time you will also receive Special Offers from our partners that help us make this content free for you. You can opt out of these offers at any time.
see our full list of newsletters
Editor's picks See all columnists