A worldwide reunion of women 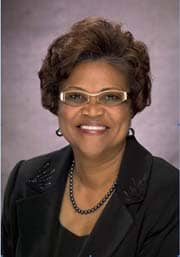 The Women's International Convention (WIC) is one of the highlights in the life of a Church of God in Christ Woman.  The convention began in 1951 when the General Supervisor (the head of the women's department), Mother Lillian B. Coffey, was given permission by the Bishop Charles Harrison Mason, the founder of denomination, to call the females together from across the country.  The first conventioneers boarded a train in Chicago and journeyed to Los Angeles, CA.  Passengers were picked up along the way.  I can just imagine how excited they must have been to have the experience of the trip and being history makers.

I look forward to the WIC from year to year.  Before we leave one convention, we know where the next one will convene.  I had never been to Denver, so this trip is special to me.  I've been to Rome, Zurick, and the Holy Land yet never to Denver, "the mile high city."  I start making plans for the next year just as I have since 1985.

As I think back to 1985, I led a group of ladies from my church.  We rented a van and we had so much luggage that we had to attach a U-Haul trailer.  Yes, we have to have hats to make our outfits complete.  Yesterday, I could only carry two bags and I hoped the airline attendant wouldn't say anything about my hat box.  I only brought two hats.  In 1985 I carried at least six! Times have changed.

Some things have not changed thank the Lord.  Women who believe in being saved (born again) sanctified (from worldly looks and actions) and being baptized in the Holy Ghost (a subsequent experience after salvation and sanctification that is evidenced with speaking an unknown tongues as the 120 experienced on the New Testament Day of Pentecost), come to worship in the "COGIC way."  We pray together, sing together, learn together and fellowship together.

Some media accounts of the WIC have highlighted the beautiful hats that the women wear, the beauty of the uniformity of dress on special days (white when Mother Rivers, the current general supervisor, speaks, pink for "Love Showers," and black when Bishop Charles E. Blake our Presiding Bishop speaks).  But, it's not about the dress, it's about unity and tradition. When the denomination was founded in 1897, women were given the freedom to express themselves as women freed from slavery, freed from religious restrictions in the established denominations, and freed by the power of the Holy Ghost.  Thank the Lord for the women wore white to symbolize purity.  They wanted to be recognized as a "sanctified women."

Bishop Charles Harrison Mason, like Jesus, made space and place for the women.  He chose Lizzie Roberson to oversee and organize the women of the denomination in 1911.  I'm the fourth generation of women in my family in C.O.G.I.C.  I love the church and serve in a leadership role in the Women's Department at the local, district and national level.  This means I'll have special meetings to attend while I'm here.  I'll gather printed materials, receive instruction and get directions to do a more effective job when I return home.