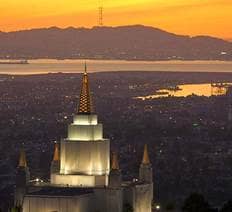 The thirteen-and-a-half million Mormons, or members of the Church of Jesus Christ of Latter-day Saints (LDS), throughout the world consider themselves a subset of Christianity, in the sense that they hold Jesus of the New Testament to be the Son of God, divine, and, through his death and resurrection, the source of salvation. Though much is shared, several distinct elements separate Mormonism from other branches of Christianity, nearly all of which flow from one controversial point: An acceptance of Joseph Smith (1805-1844) as a prophet in the Biblical tradition, one who reveals God's will and word, (re)interprets the past, comments on the present, and looks to the future. Mormons accept the unique doctrines, scriptures (the Book of Mormon, Doctrine and Covenants, and Pearl of Great Price-in addition to the Christian Bible) and priestly/prophetic authority revealed through him and passed on to others whom Mormons esteem as prophets, seers, and revelators.

Mormonism is not a passive belief system but highly participatory. As there is no professional clergy, all Mormons can expect to be called upon to serve in a variety of positions, from teaching lessons, giving public sermons, leading a congregation, to directing multiple congregations in a geographical area. Mormons are expected to contribute to the local community, both within and outside of the Church.

Mormonism is a relatively new religious movement, lacking a lengthy scholarly or intellectual tradition established and refined over hundreds or even thousands of years, as is the case with Judaism, Catholicism, and other major traditions. Due to this and other factors, few Mormons until recent decades received formal training in theology or exegesis. As a result, the LDS church and individual Mormons must often confront issues that other traditions dealt with long ago, without the groundwork or weight such a native theological tradition might provide.

Patheos.com is the premiere online destination to engage in the global dialogue about Mormonism and to explore and experience this tradition in comparison to the world's other faiths and religious practices. Patheos is unlike any other online religious or spiritual site and is designed to serve as a resource for those looking to learn more about different belief systems, as well as participate in productive, moderated discussions on some of today's most talked about and debated topics. At Patheos you will discover content that is reflective, substantive, spiritually uplifting, critical and often in dialogue with other traditions in the world.

The Mormonism Gateway is managed by Ben Spackman and is a place to:

* Explore Mormon beliefs and history through a deep library of accurate, balanced information on Mormonism, as well as through unique interactive lenses that allow visitors to compare, contrast and explore religions and belief systems in new and innovative ways.

* Enrich the global dialogue on religion and spirituality through responsible, moderated discussions on critical issues in Mormonism and across religious traditions, in the site's unique Public Square.

* Experience Mormonism, both online and off, through a variety of academic and inspirational resources, multimedia applications, online directories, sacred places and spiritual retreats.

* Engage in intra-faith discussion, study and spiritual practices with a community of like-minded believers.