Extremists of All Faiths See Obama's Vision as a Threat 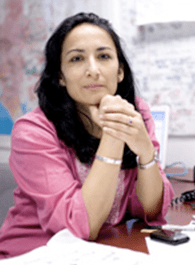 He had me at hello-or, I should say, "As-salam alaikum."

In his much-touted speech to the Muslim world, from a lectern at Cairo University, President Obama made me more proud to be a Muslim than any mullah at the pulpit has ever done.

Living in the Washington, D.C., suburbs, I awoke at dawn the morning of Obama's speech with great anticipation. It's been an ugly time for relations between the United States and the Muslim world, two communities in which I navigated.

I knew where I needed to hear the words of America's newest president: beside my six-year-old son, Shibli, slumbering peacefully before Bus No. 1 took him to kindergarten. On his nightstand sat a Shining Stars blue dragon and a Batman figurine. By his bed: popular novelist Neil Gaiman's award-winning "The Graveyard Book."

I'm an American Muslim, born in India and raised in West Virginia. I'm a mother who is part of the "Muslim world." My son is a child of Sept. 11, 2001. He was born in 2002, in our first post-9/11 generation. It's for the future of children like him that we have to change the course of relations between the Muslim world and the West.

As I listened to Obama's words of reconciliation, truth-telling and peace, seeking a "new beginning," I felt Muslim leaders would do well to heed by the spirit with which Obama rose to a higher place, calling on the world's citizens to reject ignorance, intolerance and arrogance.

It's true that Muslims must aspire to achieve "moral authority" through peaceful means and good action not violence.

In this call, I could hear the challenge put to Muslims by the Prophet Muhammad in his last sermon, "You are all equal. Nobody has superiority over the other expect by piety and good action. Remember, one day you will appear before Allah and answer for your deeds. So beware, do not astray from the path of righteousness after I am gone."

Alas, I believe we have strayed from the "path of righteousness," in allowing extremist ideology to take root in our communities. We have a responsibility to Islam and the world to stand up against the likes of militants from al Qaeda to the neighborhood mullah, preaching hate.

Poetically, Obama reached into the 1,400 history of the faith to show how there was a time before 9/11 when we could take some pride in the contribution of Muslims to the world.

On so many levels, the president reached me. I'm a former reporter for the Wall Street Journal who left my career as a traditional journalist after the Sept. 11, 2001, attacks to become a writer-activist, standing up against interpretations of Islam that advocate intolerance, violence and sexism. Alas, too often, in our Muslim communities, from my hometown of Morgantown, W.V., to villages in Pakistan, we are expected to circle the wagons and hide our dirty little secrets, for fear we will tarnish the image of Islam.

Obama invoked the spirit of the Qur'an (33:70), which enjoins us to "speak always the truth," and we would do well to heed this good guidance.

As a Muslim woman, it touched my heart that Obama cared to include the "daughters" of Islam among the ranks of Muslims everywhere-from Palestinians to Iraqis-who need to know social justice and self-determination. Our Muslim leaders so often forget this in their race for power, control and authority in our communities. But the brutal truth is that we cannot advance the rights of all Muslims until we affirm the rights of our women and girls to education, health care, job opportunity and choice.

As I listened to Obama lay out bold statements, calling for the end of Israeli settlements and implementation of a two-state solution, I realized that Christian and Jewish leaders are going to have to rise to the greatest heights, themselves, just as Muslim leaders must do, if we want to chart a new course for Shibli's post-9/11 generation.

Extremists in all faiths will see the Obama vision as a threat to their personal visions.
Obama's speech took me back to a moment during the summer of 2006 when Israel was at war in Lebanon.

I was at a national conference of Christians United for Israel, an organization led by a Christian pastor, John Hagee. The minister has organized churches and ministers around an agenda called "Christian Zionism." To realize their reading of the Book of Revelation and "end times," they preach that Israel must be kept one state so that Jesus will return to earth.

They lobbied Capitol Hill with opposition to a two-state solution in their talking points.

At one point, an elderly woman turned to me and asked me my religion. "I'm Muslim," I told her.