Authority in the Digital Church 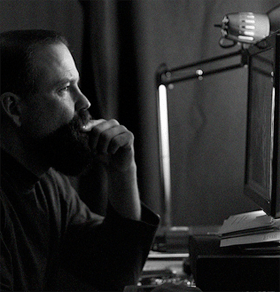 In the 2008 presidential election, a majority of Catholics voted for Barack Obama, in spite of the strenuous criticism by bishops who objected to his voting record on abortion and stem cell research. Why did the bishops fail to persuade so many Catholics, and what does this failure suggest for the nature of episcopal authority today? To put it in the language of the Church's own documents, what is the meaning of authority and obedience today?

The answer to that question is complex, but it boils down to this: persuasive life in the world.

The history of the bishops' authority is apostolic, rooted in both Jesus' command to preach the Gospel to all nations and the subsequent gift of the Holy Spirit upon the apostles at Pentecost. The book of Acts describes the early ministry of the apostles: preaching, healing, exhorting followers of Jesus to preserve unity, and so on. Over time, as their ministry expanded, they appointed elders (Greek, presbyteroi) and servants (diakonai) to take on some of the work, including the service at the Eucharistic table. They laid hands on the people they called into service and passed along the gift of the Holy Spirit for the upbuilding of the Church in Jesus' name; this same laying on of hands is still at the heart of the liturgy of ordination of priests and bishops today.

The authority of the Church is thus understood fundamentally as the authority of Christ, poured out by the Holy Spirit through the ministry of those who succeed the apostles in the ministry of the Word of God and the Eucharist. Followers of Christ are obligated to listen to bishops (Latin, ob-audire, "obey"), whose teaching represents the teaching of the whole Church, arising from scripture and tradition. Obedience is thus understood as an act of faith in the Holy Spirit still at work in the Church.

That is the theology; what is the reality? For much of the Church's history, the reality mirrored the theology; most of the Church was illiterate and did not have the critical skills to really question Church teaching. But in the digital age, things are markedly different. What does it mean to claim authority today, in an age of increasing specialization of knowledge, widespread education, and globalization? How can a bishop, or even the college of bishops, claim authority over the many increasingly differentiated areas of ecclesial concern, from global economics and poverty to bioethical issues to interreligious and international dialogue?

Knowledge alone is insufficient. T.S. Eliot put it best: "Where is the wisdom we have lost in knowledge? Where is the knowledge we have lost in information?" No bishop can know enough to claim authority in the many areas affecting Catholics today. Nor can bishops' conferences or even ecumenical councils address the increasing complexity of what there is to know.

An altogether different model is called for: namely, persuasive life in the world. If any person today is to claim authority in the kinds of ultimate questions that real faith challenges us to live out, that person must demonstrate that his or her way of living in the world, of negotiating the vagaries of the spiritual life, of reaching out in courageous love in the face of political differences, of retaining hope in spite of evidence, of continuing to fall passionately in love with Jesus Christ in both youth and old age -- this way of living in the world is worth emulating. And if it is, then that person's teaching will summon obedience the way that the Warren Buffets or Bill Gates of the world do in their respective areas of authority: people will perceive them as knowing what they are talking about, especially when things become difficult.

The real authority of bishops of tomorrow -- not merely juridical, administrative authority -- will be in their transparency, their ability to be Christ for the world. Their work will be not primarily in the political arena, or the arena of careful reasoning through ethical dilemmas (though their work might indeed have repercussions in both these areas). Instead, their primary work will be the spiritual life itself, conceived as the task of living in imitation of Christ through all the difficult ups and downs of ordinary life with ordinary people who suffer and seek meaning and love and hate.

Persuasive life in the world will be to ordinary life what the virtuoso violinist is among those just learning to play: competence, elegance, artistry, love, and the desire to teach.

The old word for this posture of living is evangelization, bringing good news to the world, precisely because Jesus Christ has shown life to be meaningful.

Read more articles on Authority in the Catholic Church:
Charisms and Magisterial Teaching