Being Orthodox in the Modern World 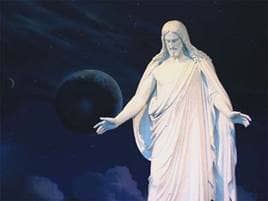 Feldman relates the experience of being somewhat marginalized by his Jewish high school, apparently because the girlfriend he brought to the ten-year reunion was not Jewish. Addressing the tension of being in that community but not fully part of it anymore, he writes:

"If this is dissonance, it is at least dissonance that the modern Orthodox should be able to understand: the desire to inhabit multiple worlds simultaneously and to defy contradiction with coexistence. After all, the school's attempt to bring the ideals of Orthodox Judaism into dialogue with a certain slice of late-twentieth-century American life was in many ways fantastically rich and productive. For those of us willing to accept a bit of both worlds, I would say, it almost worked."

Feldman adds that living fully in both worlds, the modern secular world and the world of a traditional religion, "can be undermined by the fragile fault lines between the moral substructures of the two worldviews, which can widen into deep ruptures on important matters of life and love." Where those fault lines lie, of course, varies across traditions.

"I have spent much of my own professional life focusing on the predicament of faith communities that strive to be modern while simultaneously cleaving to tradition. Consider the situation of those Christian evangelicals who want to participate actively in mainstream politics yet are committed to a biblical literalism that leads them to oppose stem-cell research and advocate intelligent design in the classroom."

I can't say that I feel much tension as a Mormon in the modern world right now, but I suspect it varies for individual Mormons depending on what style of religious thinking they employ (conservative or liberal, for lack of better terms) and what slice of modern life they inhabit. For some people there are hidden fault lines; for a few there are deep and open fractures.

Mormons as a people have largely avoided some of the conflicts noted in the essay, such as the intelligent design debate, but there are other issues that arise. You can make your own list. The modern world seems strangely ambivalent about unique Mormon traditions. The media can, in the same article, praise Mormons for eschewing alcohol and drugs, yet reproach us for being clannish because we won't go out drinking with the crew after work. Despite persistent attempts to redefine LDS heritage and culture, polygamy still looms large in the public mind as a stubbornly enduring piece of Mormon tradition that is utterly out of step with the modern world. Yet one rarely (ever?) hears criticism of biblical polygamy or modern Islamic polygamy, and it is certainly not the idea of hooking up with a variety of partners that so disturbs the average media commentator.

My own impression is that conflict with modernity is a fairly minor issue for most Mormons. At the same time, I sense that this may be changing as the Church expands globally and as society becomes more aggressively secular.

Dave Banack is an attorney living in Jackson Hole. He joined the Church of Jesus Christ of Latter-day Saints at age 15 and later served a two-year church mission to France and Switzerland. He has lived up and down the West Coast, as well as in Fiji, Samoa, Sweden, Utah, and now Wyoming. Dave has been running the Mormon Inquiry site discussing LDS and Christian issues since 2003. He is a website editor for Dialogue: A Journal of Mormon Thought and also participates at the Mormon weblog Times and Seasons.

This essay was originally posted at Timesandseasons.org and is re-published here by permission.