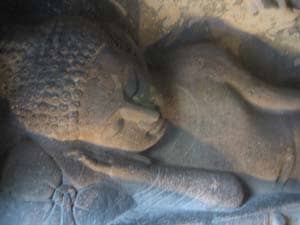 I was recently asked to review a memoir on assisted suicide entitled The Last Goodnights: Assisting My Parents with Their Suicides by John West (Counterpoint, 2008). The book tells the story of how John West, a Seattle-based lawyer, assisted the suicide of both his parents. West is a firm believer in the "right to die" (or "Self de-Termination" as it is creatively titled in the book), and sees this as simply another personal freedom that will inevitably be recognized in his state and the rest of his country as it has been in jurisdictions like the Netherlands, Belgium, and Oregon. Assisted suicide is depicted throughout the book as a personal choice - it's nobody else's business. But while autonomy is certainly an important western value, how well does it fit with traditional Buddhist teachings that do not lay such stress on individuals and their rights?

Most commentators agree that Buddhism emphasizes responsibilities over rights, and the famous doctrine of "dependent origination" seems to teach that we exist as interdependent beings rather than autonomous selves. On this view, individuals do not live in a vacuum, and the legal, medical, and social ramifications of permitting assisted suicide should be seen in the broader context of how they affect everyone, not just the tiny minority of patients who want it.

One implication of legalizing induced death as a possible "treatment" might be to undermine public confidence in the medical profession, particularly among more vulnerable members of society. Doubts might arise about the strength of a doctor's commitment to keeping patients alive when a cheap and easy solution is available on request. Caring for elderly relatives can be burdensome, and the economic attractions of assisted suicide would not be lost on healthcare funders. This may not lead to large numbers of patients being killed against their wishes, but it could mean that the system had less incentive to keep them alive.

This brings us to compassion. To accompany others in their suffering would seem to be an important part of the work of a bodhisattva. Suicide, however, can often represent a flight from suffering rather than an acceptance of it. Perhaps the compassionate response to suffering is to provide specialized medical care, comfort, and support in places such as hospices as opposed to terminating the life of the sufferer. Buddhism has always discouraged suicide, while showing compassion for those who cannot endure suffering and are driven to desperate measures. Buddhist teachings on non-harming (ahimsa) strongly oppose the taking of any life, including one's own, and regardless of the compassionate motivation to end suffering, the First Precept weights heavily in the scales when any life-threatening action is contemplated.

Perhaps we can also learn something from the example of the Buddha, who suffered from a painful terminal illness in the last months of his life. He foresaw that the end was near, but fought the illness through his mental powers and carried on. He could have simply given up the fight, avoided further pain, and entered nirvana immediately, so why didn't he? We cannot be sure, but perhaps it was because in Buddhism death is seen as the problem rather than the solution. Death (often symbolized by Mara) sums up all that is wrong with the human condition. To see death as a solution to suffering (as in the case of assisted suicide), gets things back to front because to choose death is to take refuge in Mara, when the real aim is to vanquish him and end the cycle of rebirth forever by striving for nirvana.

For those without religious beliefs for whom death means annihilation, assisted suicide may seem an appealing and rational choice. Those who believe that death is not the final end, however, may see it as a deceptively simple "quick fix."

Damien Keown is professor of Buddhist ethics at Goldsmiths College, University of London. He is the author of numerous books, including Buddhism and Bioethics and Buddhist Ethics: A Very Short Introduction.