By unanimous Congressional resolution, the National Day of Prayer [NDP] was created in1952. In 1988, the first Thursday of May was established as the fixed day for the NDP.

In his 1999 proclamation for the NDP, President Bill Clinton wrote of how prayer has been part of the nation's history: "On the Great Plains, American Indians prayed for peace and for blessings upon their children and their friends. The Pilgrims prayed from the moment they first set foot on this continent. Our Nation's founders prayed as they forged a democracy based on freedom and respect for human rights. Our military leaders and the millions of men and women who have served in our Armed Forces have prayed in the midst of every conflict in which our Nation has fought. And so it continues to this day, as Americans of every race, background, and creed pray in churches, mosques, synagogues, temples, and their own homes for guidance, wisdom, and courage in confronting the challenges before us."

Presidents and governors issuing proclamations calling for the NDP have implicitly or explicitly acknowledged the history that President Clinton described. Yet their proclamations have not been exclusive, establishing one religion or even establishing religion over non-religion. And, while often reflecting the personal faith of these political leaders [for example, referring to "God", "Almighty God", "Father"], the proclamations have acknowledged the diversity of spiritual heritages embraced by the nation's citizens. Governor Arnold Schwarzenegger's proclamation for this year's NDP attests to this in a clear way:

"Whether your particular place of worship is a church, synagogue, temple, mosque, home or other hallowed place, I hope you will take a moment today to commune with God. In these prayers may we remember our loved ones, our communities, our troops, people and families in need and especially our hard-working friends and neighbors who are struggling during these difficult economic times."

So how do we participate in the NDP? There is a "NDP Task Force," connected most closely with evangelical Protestantism. Its size, public presence and definite ideas about the NDP could lead some to think of it as the "official" organizer of the NDP, but the truth is the NDP has no organizing committee, no official prayer, no theme or Bible verse. There is not even the stipulation that people pray publicly or together in order to observe the NDP. The proclamations for NDP leave all people of faith free to decide if and how they will respond.

Prayer is at the heart of Catholicism. As a Catholic I am encouraged by this outreach to people of faith to participate in a NDP. We, along with people with no religion, make great contributions to the country in every aspect of its life: government, the arts, business, media, education, the military, social service. The NDP calls people of faith to serve the nation with prayer. In the NDP I simply see a call to pray: on a specific day, with others or alone, privately or publicly, as is appropriate and possible.

This year, as in the past, Catholics will participate in the NDP in a variety of ways. The Bishop of Evansville, Indiana will be participating in a public interfaith gathering. Members of a suburban Boston parish will gather to pray a special Rosary; they will mention each state just before they pray each of the 50 Hail Mary's that are part of this traditional prayer. In the Syracuse Diocese teenagers have been encouraging parishes to conduct special services on the NDP to pray for peace in the cities of the diocese, in the nation, in families, and in the world. They anticipate that each parish will celebrate in its own unique way.

Perhaps Catholics could even be inspired by the challenging example of Pope John Paul II as they seek to observe the NDP. Twice he gathered in Assisi to pray for peace with Jews, Buddhists, Shintoists, Muslims, Zoroastrians, Hindus, African traditional religionists, as well as with members of Protestant denominations and the Orthodox Church. All participants were together in the Basilica of St. Francis for parts of the event. Respecting their own and each other's religious convictions, delegations also prayed separately before coming together to share a meal.

The National Day of Prayer acknowledges the rich diversity of the faiths of our nation. On May 7 let us pray. Pray alone. Pray together. Pray privately. Pray publicly. Pray.

David Thorp is a Catholic lay minister who has served in parish, diocesan and para-church positions. He holds degrees from Boston College and Princeton Theological Seminary. Currently he ministers at a retreat center in the Boston area. 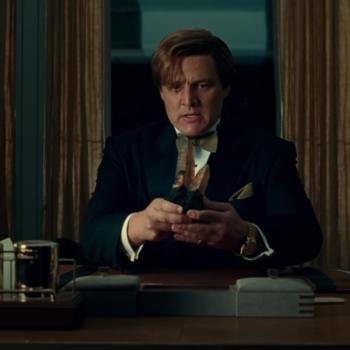 “A sickening and heartbreaking sight”: Four biblical responses to the Capitol...
Jim Denison
3 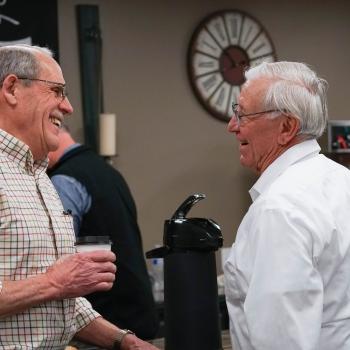 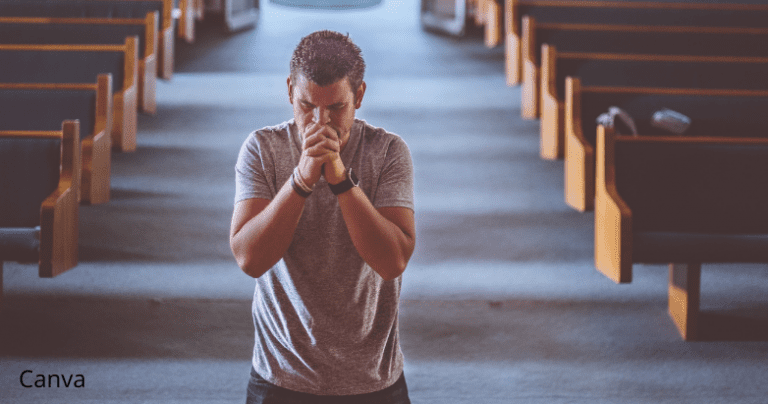 Abuse in the Church. Why leaders fall.
Rob Dalrymple
Get Patheos Newsletters
Get the latest from Patheos by signing up for our newsletters. Try our 3 most popular, or select from our huge collection of unique and thought-provoking newsletters.
From time to time you will also receive Special Offers from our partners that help us make this content free for you. You can opt out of these offers at any time.
see our full list of newsletters
Editor's picks See all columnists