One of the most important changes effected by the Second Vatican Council was the empowerment of the laity to become more active in the church and, with this increased activity, theology now has "an open public forum in the church." This open forum will provide for the lay faithful, who share through baptism Christ's charisms of priest, prophet, and king, their right to be active in a teaching-learning church. We agree with Paul Lakeland's judgment that "the single biggest need in the process of creating an adult [and more dialogical] church is to allow a genuine voice for the entire body of the faithful." Such an adult and dialogical church, we believe, is supported by a central claim of the Second Vatican Council: "the body of the faithful as a whole, anointed as they are by the Holy One...cannot err in matters of belief."

A complementarity of charisms for a learning-teaching church between the magisterium, theologians, and laity can be realized through "dialogue of charity," a model of dialogue proposed by Pope John Paul II. In Ut Unum Sint, he presents a personalist approach to dialogue "rooted in the nature of the person and his dignity." Dialogue, Pope John Paul II insists, is "an outright necessity, one of the church's priorities;" it is "not simply an exchange of ideas" but "an exchange of gifts." Open dialogue facilitates the exchange of charisms and, indeed, could itself be considered a charism, which should be exercised with all due respect, justice, and charity. The dialogue of charity includes also reciprocity. "It is necessary to pass from antagonism and conflict to a situation where each party recognizes the other as a partner. When undertaking dialogue, each side must presuppose in the other a desire for reconciliation, for unity in truth. For this to happen, any display of mutual opposition must disappear. Only thus will dialogue help to overcome division and lead us closer to unity."

A complementarity of charisms guided by "dialogue of charity" could move us toward a credible structure of teaching authority in the Church and the recognition and integration of the Holy Spirit's unique charisms granted to all its members.

Todd A. Salzman, Ph.D., is Professor of Catholic Theology and Chair of the Theology Department at Creighton University. His books include What Are They Saying about Roman Catholic Ethical Method? (New York: Paulist Press, 2003); and The Sexual Person: Toward a Renewed Catholic Anthropology (Washington, DC: Georgetown University Press, 2008).

Michael G. Lawler, Ph.D., is Professor Emeritus of Catholic Theology at Creighton University. His most recent books are What Is and What Ought to Be: The Dialectic of Experience, Theology, and Church (New York: Continuum, 2005); and The Sexual Person: Toward a Renewed Catholic Anthropology (Georgetown University Press, 2008). 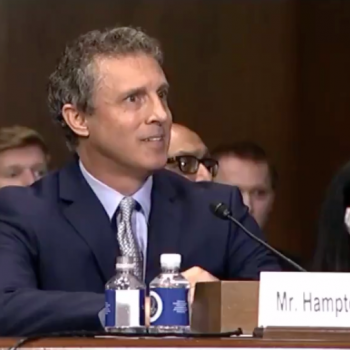 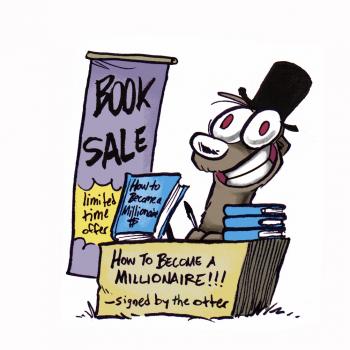 How to Become a Millionaire
J. Burrello
4

Black Widow’s Quest for Redemption Might Make Her Marvel’s Best Hero
Paul Asay
Get Patheos Newsletters
Get the latest from Patheos by signing up for our newsletters. Try our 3 most popular, or select from our huge collection of unique and thought-provoking newsletters.
From time to time you will also receive Special Offers from our partners that help us make this content free for you. You can opt out of these offers at any time.
see our full list of newsletters
Editor's picks See all columnists