The President's Christian Ethics Shine Through 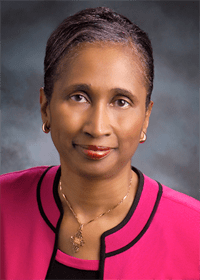 My initial impression is that President Barack Obama's speech to the Muslim world demonstrated the high quality of intellect and courage that the President offers as a national and global leader. (It reminded me of the charismatic clarity of vision that first catapulted him onto the world stage as he delivered his keynote address at the National Democratic Convention in Boston in 2004.) The major theme that I heard throughout was an appeal for religious tolerance grounded in an enlightened view of the history of world religions and civilizations. He quoted with equal regard from the three holy texts of Islam, Judaism and Christianity, namely, the Quran, the Talmud and the Bible, with attentiveness to the witness of these texts to peace, human dignity and mutuality. He identified himself as a Christian.

At several points he made specific appeals to the rights, freedom and well-being of women. Significantly, he began and ended with blessings of peace, beginning with the traditional Arabic greeting (spoken on behalf of American Muslim communities), "As-salaamu ‘alaykum," and ended with, "May God's peace be upon you." Without mentioning Jesus by name, he also cited Jesus' words from the Sermon on the Mount, "Blessed are the peacemakers, for they shall be called sons of God." In view of his otherwise gender-inclusive discourse, I cannot account for why he quoted "sons of God" and not "children of God."

On balance, I loved the speech. I give the President high marks for clearly communicating an informed and enlightened view of the religions and nations of the world. He presented just the right mix of past history and future vision, acknowledging the legacies and liabilities of history as they enrich our ability to envision a better future. I endorse the ethical principles promoted in the speech-peace, freedom, equal justice, respect of human dignity, fairness, truthfulness and courage. He exalted the virtue of listening to others with whom we are not inclined to agree as essential for the ethical resolution of international tensions. Best of all was his articulation of the Golden Rule, the principle of empathy as applied to all peoples, nations, and religious traditions.

A key feature of President Obama's presentation was that he drew upon his own experiences growing up in Indonesia as a point of reference and identification with Muslims in the audience. I resonate with the President's appeal to religious tolerance based upon the interfaith lessons I learned as I grew up in a Christian household where my mother maintained a tradition of hosting Christmas dinners for our family and friends, including our cousins who practiced Islam. At our table the Muslims acknowledged their willingness to respect our holiday. Mother bought toys for their children and was careful to serve alternatives to the pork and gelatin dishes we relished and they rejected on religious grounds.

None of this compromised our Christian faith; but I observed firsthand the benefits of civility, tolerance and unconditional love. I appreciate how the President ended by speaking of God's vision and our work for one world whose people live together in peace.

Cheryl J. Sanders is senior pastor of the Third Street Church of God in Washington, D.C., and professor of Christian ethics at the Howard University School of Divinity. She has published more than 100 articles and the following books: Ministry at the Margins, Saints in Exile: The Holiness-Pentecostal Experience in African American Religion and Culture, and Empowerment Ethics for a Liberated People.