Is this slow but steady sea-change apparent back in Long Beach?

Lou Huesmann is a pastor at Grace Brethren Church, which is just a short drive from Langworthy's church. Huesmann, a trim man with neatly cropped gray hair and glasses, said his congregation of approximately 1,000 was made up of mostly evangelicals.

"I don't think [same-sex marriage] is structurally the design of creation as revealed by God," Huesmann said, noting that his personal views on gay marriage, like those of many evangelical Christians, were shaped by his reading of Scripture.

Still, Huesmann admits that the issue is a complicated one and fears too many Christians have not properly thought through the issue.

"So they hear gay marriage, and it's kind of a knee-jerk reaction," Huesmann said. "The Bible says this about homosexuality; therefore, I can make some kind of a blanket statement about the way things should function in society. I think that's a giant leap."

In fact, both Langworthy and Huesmann condone extending rights to same-sex couples through civil unions, but stop short of supporting gay marriage.

"I'm not for denying someone rights under the law," Huesmann said. "But does it demand redefining marriage?"

Huesmann says that for him personally, the issue of gay marriage becomes a pastoral one; he says he strives to make his church multi-generational, multi-ethnic and inclusive of everyone, including gay men and lesbians. The 13 nonprofits that the church partners with include one that supports gay men suffering from AIDS.

"The debate within the church is one that will be there because Scripture does speak to the issue of homosexuality," Huesmann said when asked whether gay marriage will continue to be a divisive issue among Christians. But he admits that the younger generation at his church seems to care less and less about the matter, preferring to take on other social issues instead.

The "church sets out to be a reflection of the welcome of the Gospel," he said. "The Gospel invites people and welcomes people. It doesn't say you clean up your act before you come in." 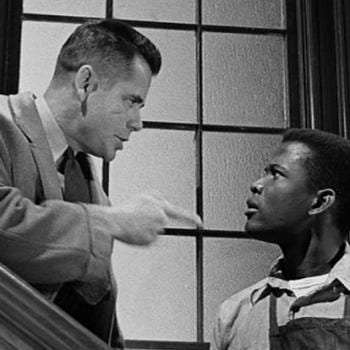 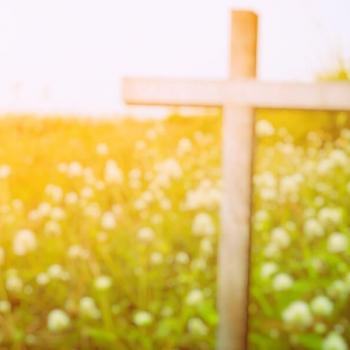 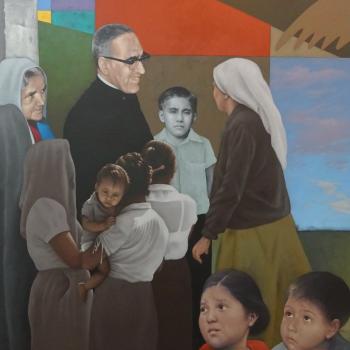 Modern Saint: San Romero de America
Father Pablo Migone
Get Patheos Newsletters
Get the latest from Patheos by signing up for our newsletters. Try our 3 most popular, or select from our huge collection of unique and thought-provoking newsletters.
From time to time you will also receive Special Offers from our partners that help us make this content free for you. You can opt out of these offers at any time.
see our full list of newsletters
Editor's picks See all columnists