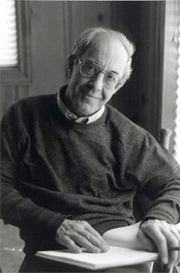 Have you ever been lost? Perhaps it was on a mountain hike. Maybe wandering the streets in the midst of a foreign city. Or navigating on a sailboat through islands that look so much alike you finally can't figure out where you are, let alone how to get back on track. Being lost on a physical journey is a deeply unsettling feeling and can evoke a sense of anxiety, disorientation, even panic.

Being lost on a spiritual journey can be even worse! You wake up every day to go to work and gradually realize that your heart isn't in it anymore. You're in a relationship that isn't working and you don't know why. You're raised in a religious tradition that formed your heart and soul, yet over time, you begin to question its beliefs and values.

Gradually, it doesn't make sense to you anymore. The image of God is too small. The rituals and practices lose their "charge" and seem empty of meaning and power. The leadership and members of your faith community seem small-minded and hypocritical.

Here again, the sense of being lost can be a scary thing because you can't just pull out a map, cell phone, or GPS to find your way back. And the stakes are high. When we're lost spiritually, we can become disconnected from our deepest selves. We don't really know who we are, where we are going, or why we should even keep going at all. Emptiness, confusion, and even depression can result.

One of the greatest spiritual guides in the Catholic tradition was Henri Nouwen. Nouwen was an internationally renowned author, professor, pastor, and spiritual guide who wrote over forty books on the spiritual life that have inspired and given direction to countless people throughout the world. He was born in Nijkerk, Holland on January 24, 1932 and ordained as a Catholic priest in 1957. Moved by a deep desire to better understand and support others on the spiritual path, Nouwen began studies in religion and psychiatry at the famous Menninger Clinic and later taught at the University of Notre Dame and the divinity schools at Yale and Harvard where he was a favorite among students searching for a deeper spiritual life.

Through his many lectures and books, which have been translated into over twenty languages, Nouwen became a beloved spiritual guide to Catholic, Protestant, and Orthodox Christians from many cultures as well as to people from other religious traditions or no tradition at all.

Henri Nouwen was a pilgrim and wanderer himself. He traveled widely in his lifetime teaching on topics such as ministry and care-giving, community and compassion, solitude, silence, and prayer. He was always searching restlessly for new images to convey the depth of the Christian message, drawing on his encounters with monks, clowns, trapeze artists, and the many "ordinary people" who, for him, were somehow extraordinary in their spiritual witness.

Nouwen's vision crossed many boundaries and spoke to a wide range of individuals: Wall Street bankers, politicians and professionals, Peruvian peasants, university professors, and religious leaders. In the final years of his life, he chose to leave an illustrious career as a public figure and professor to live with men and women who have developmental disabilities in a Christian community called L'Arche Daybreak, near Toronto, Ontario.

In a stunning and powerful testament called Adam, published shortly after his death in 1996, Henri Nouwen spoke of the way in which a deeply disabled man had revealed to him the depths of Christ's presence and taught him more about God's love than any professor or spiritual director ever had. The great mystery Nouwen discovered was that in Adam's unconditional acceptance of him in all of his own weakness, he could love and accept himself for the first time.

Henri Nouwen wrote in a highly personal and vulnerable style that was raw and intensely honest about his struggle to know God. In a book that many consider his masterpiece, The Return of the Prodigal Son, Nouwen reflected on his life with disabled people in L'Arche through the lens of this ancient parable of Jesus. Nouwen loved great art and therefore meditated on this parable as it is depicted in Rembrandt's famous painting of the same name. He writes,