President Obama is a Sincere Interlocutor 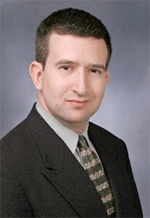 The world's eyes focused on Cairo this morning as President Obama addressed the need for a "new beginning" in the relationship between the United States and the world's Muslims. His speech was preceded by a great amount of publicity; expectations were high in some quarters while skepticism ran deep in others. With such a large and diverse audience-including not only the packed hall before him at Cairo University but also countless others throughout the world observing the television and radio broadcasts-Obama could not possibly hope to satisfy everyone. But this address should be regarded as one of the president's crowning oratorical achievements, in a career that has no lack of success in that arena.

Probably the most important attribute conveyed in Obama's rhetoric was his sincerity. The speech was decidedly forward-looking: the president offered no apologies, even when speaking of the U.S.'s role in the 1953 coup that overthrew Iranian prime minister Mohammad Mosaddeq and conceding that the U.S. has sometimes "act[ed] contrary to our ideals" when confronting the threat of terrorism. Yet Obama's acknowledgement of U.S. missteps was clearly conveyed.

His sincerity was also reflected in his discussion of Islamic principles and Muslim contributions to the world. While Obama's predecessor, George W. Bush, frequently offered platitudinous discussions of Islam, his statements were notable for their lack of specificity. Obama, in contrast, drew the speech's biggest applause with his three quotations of the Qur'an. To be sure, he did not demonstrate a deep knowledge of his father's faith-including providing a selective account of Muhammad's night journey that skews the point of the story-but Obama came across as genuinely respectful of Islam.

It was this sincerity, coupled with his awareness of where negative views of America have some validity that lent Obama credibility when outlining steps that those in Muslim-majority countries should take. Just as Obama pledged to fight "negative stereotypes of Islam," he said that Muslims should not view the U.S. as "the crude stereotype of a self-interested empire." He spoke out strongly against the 9/11 conspiracism and Holocaust denial that is rampant in some Islamic countries, describing the latter as "baseless, ignorant, and hateful." And Obama's defense of religious freedom rang out strongly, as he spoke not only of the rights of religious minorities in Muslim countries, but also called for all people to "be free to choose and live their faith based upon the persuasion of the mind, heart, and soul."

One question about Obama's speech that will prove significant in the coming years is the source of the rights that Obama trumpets. He claims that "all people yearn for" freedom of speech, governments that do not steal from them, and the "freedom to live as you choose." Obama also rejects the idea of a world order "that elevates one nation or group," so these rights cannot come simply from the U.S.'s power. Attempting to universalize them, Obama states that these are "not just American ideas, they are human rights, and that is why we will support them everywhere."

Bush's philosophy of government was consonant with John Locke's thinking, wherein liberty is a natural state, something that flourishes when one removes the obstacles. Obama acknowledges the difficulty of attaining liberty, yet places liberal rights as the ideal toward which all nations should strive. A competing notion of rights is, of course, held by political Islam-with more restricted speech rights and religious freedom. Obama's address clearly suggests that Islamist parties should have greater freedom to compete in and win elections, so long as they are "peaceful and law-abiding," and do not abolish electoral mechanisms once they come to power. So the source of the various liberal rights that Obama pledges to support will be an area of contestation.

This speech will not make everybody happy, and it was not the perfect speech. It may, for example, prove unwise for the American president to proclaim that the U.S.'s "rules on charitable giving have made it harder for Muslims to fulfill their religious obligation," a point about which there is much legitimate contention.

Early indications are that reactions to the speech in various Muslim countries have been positive, but that people are most interested in the actions that will accompany Obama's words. Moving forward, those actions will be even more difficult, with greater potential to make people on all sides of the world's various religious and political divides unhappy with the American president. Yet today's speech provided an excellent, and honest, foundation from which to move forward.

Daveed Gartenstein-Ross is the director of the Center for Terrorism Research at the Foundation for Defense of Democracies and a Ph.D. candidate in world politics at the Catholic University of America. He is the author of My Year inside Radical Islam (Tarcher/Penguin 2007), and has written about contemporary Islamic thought for The Review of Faith & International Affairs and other publications.