Do Not Throw Your Shoes at My American President

Can one person solve all of our problems, the answer is simply no. However, one person, President Obama, was able to inspire hope to billions everywhere.

President Obama's historic speech in Cairo was publicized as an important policy speech. It was titled "A new beginning," and the President acknowledged facts and addressed sensitive issues that many presidents before him ignored or shied away from. He began by quoting the Quran, "Be conscious of God and speak always the truth." Then said, "That is what I will try to do - to speak the truth as best I can." And that is exactly what the Muslim world wanted to hear, "the Truth," and nothing less.

The President's eloquence, humbleness, and sincerity were very clear, and he has clearly raised America's image and its President's acceptance in the Muslim world. Only few months ago an Arab man threw his shoes at former President Bush when he was speaking in Iraq, and the man was considered a hero by many Muslims. But today, Muslims gave President Obama standing ovations and they shouted "We Love You!"

The President was able to clearly communicate the important message that we share one world and that we must "understand that the challenges we face are shared, and our failure to meet them will hurt us all." Therefore, we must form partnerships and work together.

The President was able to touch a good nerve with Muslims when he acknowledged their great Islamic history and Islam's many contributions to human civilization. This approach helped many Muslims feel once again respected, and gave them a sense of dignity. By enumerating some of the great contributions of Islam to human civilization, the President reminded Muslims of the type of role and legacy they should seek, instead of the dead-end road of violence. And he emphasized, "Islam has a proud tradition of tolerance."

Even though the President did not put forth major new initiatives to solve the thorniest of issues, i.e. the Israeli-Palestinian conflict, he made his clear commitment to both the freezing of settlements, and the recognition of Palestine as a state with equal right to existence as that of Israel. Addressing this extremely sensitive issue with depth and clarity inspired a new hope where it was lost before, and was met with applause by young people who otherwise had given up on a peaceful solution. That alone will reduce significantly the level of violence in Gaza and the West Bank, and give new lease on life to the peace process.

The President repeated his famous sentence which he made in Ankara, Turkey, saying, "America is not, and will never be at war with Islam." By explaining America's pain and trauma from the events of September 11, 2001, President Obama brought back sympathy that was squandered by his predecessor. By addressing the wars in Iraq and Afghanistan and admitting that mistakes were made, the President fostered a good deal of understanding of America's agony in Afghanistan, while marginalizing al Qaeda in the minds and hearts of Muslims.

The President addressed several other important issues, from democracy to women's rights, from education to economics, from technology transfer to trade and globalization. In each case, he echoed the need for cooperation and partnerships. He concluded his speech with an interfaith message of "Do unto others what you want them to do unto you." He challenged Muslims to forge a partnership with the United States to build a better world, in which, "The people of the world can live together in peace. We know that is God's vision. Now, that must be our work here on Earth."

Even though President Obama admitted that, "No single speech can eradicate years of mistrust," his "New Beginning" may have been a great beginning, and may in fact turn out to be the greatest and most important speech given by a U.S. president to change the course of history.

Americans and their President may not realize it, but not only is Obama the President of the United States, but he has single handedly won over the hearts and minds of Muslims all over the world, and has became their President too!

Imam Muhammad Musri is the President of the Islamic Society of Central Florida. 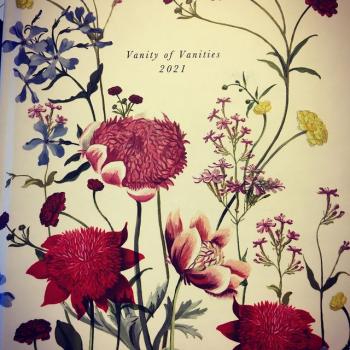 The Embrace of Truth: How Dogma Frustrates the Love of Wisdom
Melinda Robinson
Get Patheos Newsletters
Get the latest from Patheos by signing up for our newsletters. Try our 3 most popular, or select from our huge collection of unique and thought-provoking newsletters.
From time to time you will also receive Special Offers from our partners that help us make this content free for you. You can opt out of these offers at any time.
see our full list of newsletters
Editor's picks See all columnists