The yearning for fame meets the struggle for humility. How can a Quaker Pagan decide?

I have a confession to make. I want to be famous.

Mom can have one autographed, too, if she wants.

It has to be a spiritual book. A really moving and truthful book, that makes people want to look deep inside themselves, and then they come up to me and say something like, "It was all because of that book you wrote! It changed my life!" And I would say, no, no, really, you did all that, you and God/the gods--I'm a little fuzzy on whether the life-changing book is for Pagans or for Quakers--and I would mean it, too. Because, even though I had become famous, I would definitely still stay humble.

I want to be famous.

I have this particular set of feelings every time I talk to my Famous Writer Friends about their books, and about the workshops and travel they do related to their books. This is especially true of my Pagan friends who became writers after I got to know them. Something about my having known them before they became Famous Writer Friends makes me feel in a hurry to go and get famous, too.

There are pieces to this craving that are legitimate. I do love books, and I do love to write. I have had the experience of meeting people who have read something I've written, and it often creates a wonderful bridge to deep and intimate conversations. (I married one of those readers, so you know it's been a good strategy for me, this connecting by writing stuff.)

I think it's natural to want to write more, and maybe have something I write... go somewhere, both in terms of being a more developed piece of writing (like a book) and in terms of publication. As in, not self-published, or published in a zine, but published by, like, a publisher, you know?

However, there's also something that's a little off in my craving for fame through writing. I can joke about it, but I know it's there. When my friend K. is talking about his latest writing project, or the interaction with the organizers at a festival where he's presenting, I think, "I want that!" I don't just want to write for the sake of the writing, or publish for the sake of communicating with an audience. I'm attracted to the shallow, superficial aspects of it, too. I want the sense of being Important, and having people act like they agree with me.

And it's also very, very Pagan.

Now, I'm not saying there aren't Quakers who feel the same kind of superficial thrill I'm craving, around presenting workshops or seeing their name in print, be it under an article in Friends Journal or over a chapter in a Quaker anthology. But Quakers are very cagey about this sort of thing. I've never yet seen a Quaker writer stage a hissy fit over their book table not being sufficiently prominently positioned, or met Quakers who refuse to visit or consult with other Quaker groups unless they are offered a high enough stipend for it to be a profit-making weekend for them.

Maybe that goes on in the Quaker world. Maybe Quaker retreats and gatherings are in a mad, politicized scramble for important Headliners, and maybe Quaker authors and speakers take a strategic view of networking for career advancement.

Results can be embarrassing. I vividly remember accompanying Anna Korn, one of the founders of the Covenant of the Goddess (who for the sake of full disclosure, I should admit I know only through email correspondence, and cannot claim a close friendship with) on a courtesy visit to the local occult store. The woman behind the register didn't let Anna so much as introduce herself though, before she began a heavy campaign of name-dropping. Turns out she had once taken a workshop with someone who had taken a workshop with Starhawk herself! As someone who knew Starhawk as a mere human, with a full set of both faults and virtues, Anna can't have been especially impressed, but she smiled and nodded and left the store politely... and without dropping her own name. 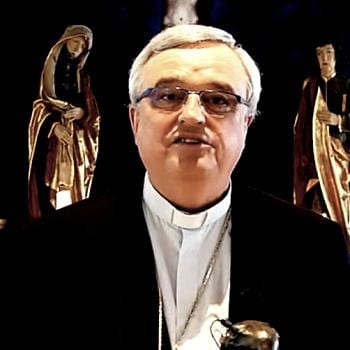 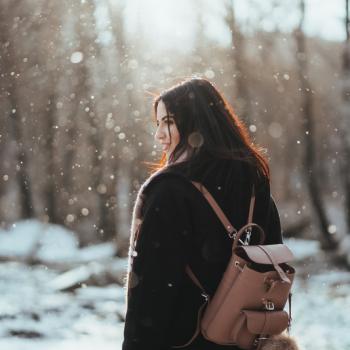 Faced With Losing Accreditation For Conspiracy Theory-Based Seminars,...
Lucien Greaves
Get Patheos Newsletters
Get the latest from Patheos by signing up for our newsletters. Try our 3 most popular, or select from our huge collection of unique and thought-provoking newsletters.
From time to time you will also receive Special Offers from our partners that help us make this content free for you. You can opt out of these offers at any time.
see our full list of newsletters
Editor's picks See all columnists