I Would Die to Defend My Community 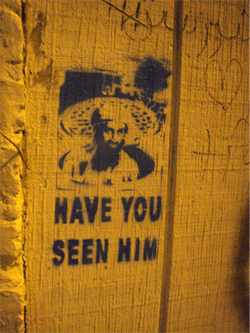 A few weeks ago, a research article was published regarding Muslims who had fought and died for the British during the Second World War. Some were as young as 15, and came from various places in the Indian subcontinent, including the region now known as Pakistan. The research was interesting because of the push by the Ministry of Defense to recruit more ethnic minorities, and especially Muslims, into the armed forces. The research shows that those willing to die for a country may not be the most obvious of candidates.

My father worked as an army chaplain at a marine base in El-Paso, Texas in the early 90s. He served with soldiers from the Gulf States who were being trained by the US army. We heard many stories of barracks life and how the soldiers he counseled were often in their late teens, training on quite sophisticated weaponry but really just dreaming of home. The truth is for many of them, the military was little more than a secure job. Personally I cannot understand how believing in an ideological cause is not a pre-requisite to putting your life at risk for it.

Generally speaking, Muslims are encouraged to be people of conscience regardless of circumstance. There is a famous, if rather graphic, story of the Ali, cousin of the Prophet Muhammad, when he was engaged in battle. At the moment he was about to strike down on his enemy, the enemy soldier spat in Ali's face. Ali walked away, refraining from attacking him because he felt anger, and did not want to strike his enemy of out anger but for a greater cause he believed in.

Muslim terms, once exotic, are now familiar. We are taught about the "just war", jihad, and becoming a "shaheed" (martyr) and other honorable concepts. However, 1400 years of history of peoples spread over most of the planet means there is no uniform monolithic Muslim approach to war. The religion is principled but my fellow adherents are a diverse bunch.

The lack of a central authority in Islam means opinions vary on issues where there is room for interpretation. As a consequence, the present Muslims discourse consciously and cynically demotes Muslim-on-Muslim violence in favor of highlighting conflict with outsiders: It is easier to "defend the honor" of Muslims if there is an outside threat to struggle against, to "defend the ummah (community)".

In these turbulent times a mild cynicism has set in regarding rulings of one sort or another. That cynicism also spills into political justifications of war. We are encouraged on the one hand to support troops and air our disagreement with politicians. However, being a member of the armed forces would not have encouraged me to be a thinking, conscientious person who at any point had full control of his actions, or indeed, had his intentions as clear as Ali.

The concept of life is taken as a precious thing; to save one life is as if to save the life of the whole mankind. However, this is, again, an abstract idea. What is real and tangible is the community around me. I live in a predominantly non-Muslim area, and I would fight and die to defend my community, my neighborhood. The concept of neighborliness in Islam is quite a strong one - if any of your neighbors go hungry, you are required to feed them.

Here, neighbors are defined as at least 40 houses either side of you, quite a large responsibility. We are urged to seek the permission of our neighbors before we travel on pilgrimage, if they are in need, we are required use the money to help them.
Defending my community is just one of the causes I would be willing die for on the principle of justice. In fact, there are many causes I would die for, but far fewer I would kill for.

Musab Bora is author of The Islamicist, which was published on his blog, http://www.mooslim.com.

A version of this piece was previously published in The Guardian's Comment is Free and Altmuslim.com.