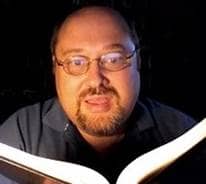 Michael Spencer was 16 when he became a Christian in the Kentucky  Baptist church where his uncle was pastor. He started preaching shortly thereafter and hasn't stopped. Now 52, Spencer, a lifelong Southern Baptist, has served in youth ministry and as a senior pastor in his 36-years of proclaiming the Gospel. Along the way, he married and had two children, earned a master's degree at Southern Baptist Theological Seminary in Louisville, KY and became part of an intentional Christian community in Southeastern Kentucky.

In 2000, his life changed dramatically when he created a blog called The Internet Monk. Now one of the most popular evangelical bloggers on the Web, the iMonk sounds off with Patheos.com about Evangelicalism's decline, Pentecostalism's growth, the embrace of the Internet, and why evangelicals should not be anti-Catholic.

Q: The Internet Monk, is an interesting name for a Baptist preacher from Kentucky. How did that come about?

A: I was ordained in 1980, graduated from Southern Baptist Theological Seminary and served in several churches as pastor and staff member. I've always been a great admirer of monasticism as a path of corporate spiritual formation. Thomas Merton became a bit of an obsession in the early 1980s and I've read most of his works. When I started blogging, I needed a name for the site and Internet Monk seemed like a name that described both my interest in Catholicism and the larger church, and also my desire to use new media to get my point of view out there. The Internet Monk morphed into "iMonk" a few years later. I have to admit I enjoy having an alter ego. But trust me, it's all an online persona. I don't have a cave or a car.

Q: What specific ancient practices might the more conservative Evangelical churches embrace and why?

A: Conservative evangelicals ought to embrace the use of the Christian year -- at least the major feasts -- to make Christ the center of worship and devotion, and pass on the core of the faith to their children.

The Christian year is a great way to teach and embrace the centrality of Christ. They could use the lectionary in worship and in private. We hear a ridiculously small amount of scripture as evangelicals. Most importantly, they could restore public reading of scripture as a discipline in worship. We could embrace the concept of spiritual formation and begin to use resources from the larger, more ancient church to address the fundamental issues of spiritual growth. So many are hungry to be taught the devotional disciplines on a higher level. Finally, evangelicals could stop being such knee-jerk anti-Catholics about the resources of the larger church.

Q: Is the Web a great equalizer of Christian voices? How has the Internet shaped your voice and given you a platform?

A: I could write a book about my experience with the Internet. In the year 2000, I started my blog to let off some steam and get the ego-stroke of seeing something I wrote "out there." Eight years later I have a half-million readers, a technorati rank of 2700 in the world, I've been quoted in Time magazine and featured on The Drudge Report.

The Internet has made the trivial significant and the significant trivial. It's stunning, and the possibilities/actualities for good and bad are endless. Idiots and angels are pouring out content and the responsibility is completely and totally on the individual to sort through it all. We wouldn't be having this conversation if my writing didn't create the level of trust and influence I have. I used to preach to 300 people at the school at I work for and 25 at a church on the weekend. Now I write, analyze, preach, opine and entertain thousands and thousands in a relationship that only exists through this medium. It's amazing and frightening.

Evangelicalism has benefited from the Internet, though some of the old-line keepers of authority aren't happy with that. My denomination has some talented young voices in the blogosphere reshaping how we are perceived and giving us a voice in the emerging culture, but "blogger" is a bad word around most of the denominational types, who resent the way it empowers those who aren't in the "club." I'm fascinated by the Internet's ability to create community. Not the deepest levels of community, but a level of community that does a lot of good in the world. I'm glad evangelicals have, for the most part, chosen to enthusiastically participate.

Q: You caused quite a media stir with your blog on the demise of evangelicalism. Southern Baptists probably don't agree with you. How do you get them to see the point?