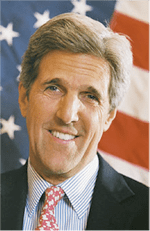 President Obama's blunt, honest address in Cairo was absolutely critical in signaling a new era of understanding with Muslim communities worldwide. He shattered stereotypes on both sides, reminded the west and the Muslim world of our responsibilities, and reaffirmed one of America's highest ideals and traditional roles -- that those who seek freedom and democracy, Muslim and non-Muslim alike, have no greater friend than the United States of America.

We know that one impressive speech will not erase years of mistrust and missed opportunities just as Dr. King's 'I Have A Dream' speech did not complete the civil rights movement. Deeds will have to follow words. President Obama did not paper over difficult challenges from combating violent extremism and resolving the Israeli-Palestinian conflict, to dealing with Iran's nuclear weapons program and threats to religious freedom and women's equality. These will all require tough-minded diplomacy and global cooperation. But in addressing these challenges directly, President Obama has created an historic opportunity to find a new beginning.

John Kerry (D-MA) is the Senate Foreign Relations Committee Chairman. This is his statement in response to President Obama's speech delivered in Cairo on U.S.-Muslim relations.