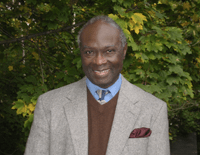 President Barack Obama flagged two major issues in relations with the Arab Muslim world, one being 9/11 and its consequences of global conflict and tension, and the other being the Israeli-Palestinian conflict, arguing that the way forward lies in mobilizing the interfaith resources of Muslims, Jews and Christians. In combating violent extremism, Islam, President Obama says, is not part of the problem but part of the solution of promoting peace. In that respect the President appeals to history as well as to Quranic passages for models and examples of tolerance, enlightenment, and progress. On the two foundations of history and Scripture the President is confident that we can build a future of mutual tolerance, understanding, and peace. How does this optimism, however, stack up against the reality?

While in the nature of the case the jury is still out on the future verdict of this historic inter-civilizational challenge, all persons of goodwill must hope and pray that the President's gambit succeeds. Like the President, no one is more interested in the positive view of the role of religion in public affairs more than I am. No one can disagree with the call for religion to step up to the challenge of banishing the shadows of enmity, intolerance, and division, and nowhere is that challenge more urgent than on the West-Islam frontier. The President is right that the fault lines of intercultural estrangement should be replaced with bridges of cooperation and mutual trust.

But the scope of the President's vision prompts an obvious question: if history and Scripture are so unambiguously predisposed to his vision, why has it taken this long to recognize it and why would it require the effort and commitment he has called for? He speaks about that commitment in terms of his responsibility "as President of the United States to fight against negative stereotypes of Islam wherever they appear." I am not sure what the President means by that statement. Is he, for example, proposing that the peaceful struggle on behalf of Islam's global good name that he is willing to wage will pay dividends that can rival and even eclipse the spoils of militant jihad?

As an adroit politician the President summons history and Scripture to the cause he has defined and yet anticipates a problem in the unamenability of history to a unilateral interpretation. While he declares that "throughout history Islam has demonstrated through words and deeds and the possibilities of religious tolerance and racial equality," he recognizes that not everyone is comfortable about the past and that we must not become prisoners to it. Is a similar caveat reserved for Scripture, too? Are there places in Scripture that would make prisoners of our common values? And what is the place of a non-Muslim President in citing the Quran for prescriptive purposes? The learned divines of Al-Azhar kept a polite silence.

The President calls for new peace initiatives in his second theme of the long-running Israeli-Palestinian conflict, with both sides making compromise to advance their mutual interest and security.

Yet many Israeli leaders and their Palestinian counterparts must wonder where that leaves fundamental issues of democratic reform as the guarantee of long-term peace and internal stability. The rapid emptying of ancient Jewish communities and Christian minorities in the Middle East, the continuing diminution of religious freedom and minority rights, the great setbacks for women's rights in spite of laudable gains in some areas, and the restrictions in political life have defied the light and sweetness of Western liberal declarations. Many Israeli and Arab leaders will be wondering whether their interests will be part of the intercultural stimulus package the President is proposing to offer to the world at large where America's dominance remains uncontested.