Liberal Europe and Conservative America? Not so Fast! 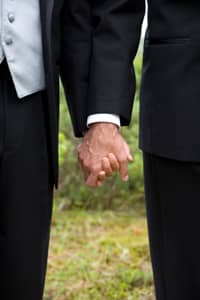 We in the United States consider ourselves political trend-setters. We imagine that we, like our Founding Fathers, are revolutionaries, guiding other nations in the progress of democratic ideals. On one front, however, we are conspicuously ambivalent about taking a lead: the legalization of same-sex marriage, which we're agonizing over, state by contentious state.

Thus, like many Americans, I remember being astonished in 2005 to hear that Spain had OK'd gay marriage. Spain?? It was a puzzle: How did an avowedly conservative country with deep Catholic roots pass legislation that we here in the U.S. are still struggling with so painfully?

The federal legalization of same-sex marriage has happened in Spain and not here because Spain and the U.S. differ in at least three key ways: in our relationships to religion; in the way democratization unfolds in our respective lands; and our engagement in the national public discourse. A closer look at recent Spanish history suggests that the simple dichotomy between "Godly Americans" and "Godless Europeans" obscures more than it reveals-particularly when it comes to issues related to homosexuality.

Spain Seems Religious But Isn't.
Under Franco's oppressive, controlling regime (from 1939 to 1975), Spain was very Catholic. But today, Spanish people are not particularly religious, and the separation between church and state there is becoming more marked every day. Recent statistics show that church attendance in Spain is at about 25 percent, far behind the U.S. and Canada and even behind the United Kingdom. Most Spaniards today would describe themselves as Catholics, but what they mean by that is that their society is culturally Catholic. Unlike here in the States, the voice of the religious right in Spain does not hold much sway in matters of actual legislation. Although the church there is vocal, it has proved powerless to stop the progress of liberalization.

A Spanish civil servant I spoke to says of the church's role in Spain, "During Franco's regime, the church recovered most of the privileges it had enjoyed in previous years. People outside Spain do not understand that despite centuries of right-leaning governments and conservative monarchies, Spanish society is traditionally leftist and appreciates reforms and social changes. The church has been able to speak up clearly and loudly when the establishment allowed it to do so, but ordinary people hardly pay attention to what it says or teaches."

Whereas in Spain there was of course outcry from the church and other conservative elements on the matter of same-sex marriage, this man says, "As it always happens, the confusion and bewilderment the law caused at first eventually gave way to acquiescence and resignation on the part of the general public." However, he admits, "Many, many people here still think that homosexuality is a disease, a sinful tendency, and unnatural."

Since the end of Franco's regime, the rift between the government (currently socialist) and the remnants of the religious right has both deepened and widened. Art historian Pablo Pérez-D'Ors says, "Recently, the government has counter-attacked [the church] by ruling that ‘Educacion para la Ciudadania' ["Citizens Education"] has to be taught at schools. Classes must be taught by specially trained, left-leaning teachers, and they must include secular ethics, tolerance of gays, etc., among other things. Conservatives see this, not without reason, as an attempt to indoctrinate children." (Rush Limbaugh's nightmare has started to come true in Spain, it would seem.)

Spain's Democratization Proceeds Differently Than Ours Does.
Spain's embrace of enlightenment ideals has come in fits and starts. Historian of Spanish culture Dr. Gema Pérez-Sánchez, Director of Graduate Studies in the Department of Modern Languages and Literatures at the University of Miami, believes that Spain has whiplashed for centuries now between periods of what she calls despotic enlightenment (as exemplified by forward-thinking kings like Charles III and the current Prime Minister José Luis Rodríguez Zapatero) and clinging to oppressive authoritarian nationalism (à la El Generalissimo).

When asked why the U.S. hasn't been able to achieve what Spain has in terms of gay marriage, she says, "It goes back to history, the histories of governmental and legal progress in the two countries are very different. The U.S. was founded by religious radicals. In the United States, the separation of church and state is not as clear as in Spain. U.S. laws get passed when there is a cultural consensus, whereas laws precede the culture in Spain."