Rarely is it the case that reality meets expectations. Obama's speech in Cairo today, however, exceeded the expectations of at least this observer. True, my cynicism naturally gives me very low expectations, but more was involved here than satisfying my cynically deflated expectations. Obama displayed all the remarkable personality traits in this speech that made him such a compelling domestic candidate in the United States. And while I was concerned that his decision to give this speech in Cairo would strengthen the forces of authoritarianism in Egypt, I genuinely believe his speech will inspire democratic forces in the region to resist authoritarianism.

Most impressive was his willingness to address his audience as equal partners in building and sustaining a more just world order. While one might quibble with some details in his speech, and question whether he has the capacity to change the direction of U.S. foreign policy, one cannot question the rhetorical commitment to working with the Islamic world on a host of issues that stress a common human agenda that strives for the betterment of all. This in itself is a sharp-break from the practice of previous U.S. administrations (and not just that of the outgoing president) who could barely conceal their contempt for public opinion in the Arab world, derisively dismissing it as "the Arab street." His insistence that we, as citizens of the world, have a shared destiny that can only be fulfilled by working together - and not by the decree of the world's sole superpower - was also an implicit but important repudiation of the authoritarian regimes that dominate Arab politics and much of the non-Arab Muslim world.

Obama spoke specifically about seven issues that he believes are particularly central to improving U.S. relations with the Islamic world: defeating al Qaeda; the Arab-Israeli dispute; nuclear weapons; democracy; religious freedom; women's rights; and economic development and opportunity. I will comment on three of his specific points: the struggle against al Qaeda; democracy; and Israel-Palestine.

Obama's defense of the U.S. role in Afghanistan was eloquent; he reminded his audience that the U.S. was there only because of al Qaeda's threat and that it could not leave until that threat had been adequately dealt with, reminding his audience that al Qaeda threatened everyone, including the world's Muslims, who cherish a world built on mutual respect and dignity for all. At the same time, he criticized the U.S. invasion of Iraq, but did not fail to mention Saddam Hussein's brutality. This last point was especially important given the complicity of the Egyptian government and other governments in the region in his crimes.

Had he mentioned that Muslims too were victims on 9/11, he would have received an A+ for this portion of his speech. As the memory of that awful day has passed, the right-wing in the United States has been allowed to appropriate 9/11 to further its own jingoist agenda. That it was an attack whose victims hailed from all races, colors and creeds has been virtually forgotten. Obama could have used this speech to remind Americans as well as Muslims that 9/11 was an attack against all of humanity, not just the U.S. The fact that he was not more explicit on this point was a shame.

His comments as to democracy, unfortunately, were ambiguous. His reference to groups that eagerly champion democracy while they are out of power but reject it once they obtain it seems to have been directed against Islamist groups, and the common refrain that they believe in "one man, one vote, once." Given that it is often authoritarian governments that are making these claims, it was a bit disappointing to hear Obama endorse this line of reasoning. He was right to criticize Islamist groups for failing to pay sufficient attention to the issue of minority rights, but to demand that political opposition groups embody all the values of a 21st century liberal democrat before they gain recognition only has the effect of entrenching authoritarianism. And while elections do not a perfect democracy make, we know from the U.S. experience that regular elections, over time, against the background of a relatively just constitution, help perfect democracy and the democratic rights of a people. We also know from the Arab experience that the regular absence of elections, on the grounds that the opposition is not sufficiently democratic, entrenches authoritarianism and further warps a country's political culture.

His remarks on Palestine were, without exaggeration, stunning and inspiring. I can only pray that he follows these words with actions. This is the first time that I have heard a U.S. president acknowledge that the plight of the Palestinians is a direct result of the founding of the State of Israel.

Many Arabs and Muslims, no doubt, will criticize Obama for not stating with sufficient clarity that Palestinians, and especially Palestinian refugees' claims are founded in justice and not anti-Semitism, but his remarks are sufficient to move the peace process forward. Obama clearly displayed genuine moral empathy for both sides, the true prerequisite for peace. While the Bush administration had paid lip service to the idea of a Palestinian state, they approached it almost entirely from an Israeli perspective which simply seeks its own security, and not as a just moral demand that requires resolution. Obama understands it as a just moral claim and publicly endorsed it as such. That counts. And that actually gives me some hope in the future.

Mohammad Fadel, originally from Egypt, is an expert on Islamic law and is Assistant Professor of Law at the University of Toronto Faculty of Law. 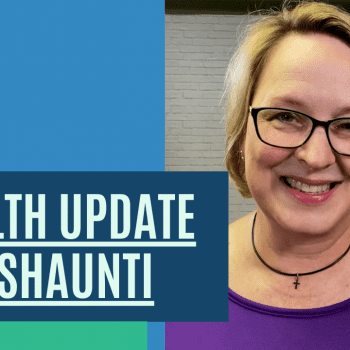 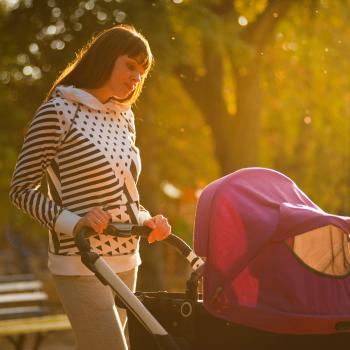 It's Worth It.
Karen Ruth Shock
4

Dissenting Beliefs: Heresy and Heterodoxy in Fantasy #CFP
James McGrath
Get Patheos Newsletters
Get the latest from Patheos by signing up for our newsletters. Try our 3 most popular, or select from our huge collection of unique and thought-provoking newsletters.
From time to time you will also receive Special Offers from our partners that help us make this content free for you. You can opt out of these offers at any time.
see our full list of newsletters