Moral Dimensions of the Financial Collapse

In the coming years and even decades, our political and economic fortunes as a nation will depend in significant part on the way in which the story of the current financial crisis is told.

If it is a cautionary tale of the dangers and excesses of unregulated “wild west” capitalism, then the story may serve to justify sweeping changes in the relationship between government and the private market and aggressive measures to ensure a more equitable distribution of resources. If it is an account of government corruption and distortion of the housing market, then, on the contrary, the story may serve to underscore the need for limitations on government and "government-sponsored enterprises" such as Fannie Mae and Freddie Mac.

Different versions of the story have already been used in support of TARP, the federal stimulus bill, extraordinary interventions in the financial and auto industries, massive increases in deficit spending -- and even environment and health care legislation. Most politicians, our President included, are telling and retelling the tale of the financial crisis in order to rally support for their agenda items, and we can expect to see this kind of rhetorical opportunism for years to come.

Yet one dimension of the story has been largely neglected. Progressives like to say that budgets are moral documents, and this is true insofar as budgets reflect priorities and decisions for which we are morally culpable. Yet it is also true that economic histories are moral histories. The story of the financial collapse is, among other things, an account of the actions of human agents. These actions -- whether they are the discrete actions of major players in government and finance or whether they are the everyday actions of Americans going to work and spending their money -- are susceptible to moral examination. Words such as “greed” and “corruption” have been much in the air, but a more extensive examination of the moral dimension of the financial crisis has been lacking.

Thus the question is posed: What is the moral story of the financial collapse? What does this crisis reveal about the moral character of our society and its forms of organization?

The answers to this question are many, and I will address them in a series. In this article, I want to speak not of specific misdeeds of powerful men and women but of a general moral drift among American workers and consumers.

The near-collapse of the American economy was preceded by a far longer and more general moral deterioration. Free market economies perform best when they are undergirded, and the millions of their daily exchanges supported, by the kind of shared values that the United States long derived from its Judeo-Christian faith. These values worked in concert with (and went beyond and filled the interstices between) the legal structure of our economy to inspire hard work and fair play, to strengthen contracts and partnerships, to discourage debt and reckless consumption and encourage wise saving and spending habits, and to cultivate a sense of loyalty, shared responsibility and social conscience.

Yet it almost seems quaint now to believe that each individual should work hard and make the best of himself or herself, in order to provide for family and not rely on the charity of others; or that “a man is only as good as his word”; or that a person should avoid debt and impulse purchases; or that a company exists for its employees and not the other way around; or that it is the responsibility of neighbors, churches, and community, not a faceless entity in far-off capitals, to provide for the needs of the downtrodden.

I do not wish to idealize the way things were. Laziness, dishonesty, greed, and selfishness are as old as human nature itself, and are certainly not new to the United States. Even so, the robber barons of old only profited through immorality because their immorality was not the norm. They could generally rely on their workers and business partners. It is another matter when an entire culture loses hold of the values that brought it prosperity in the first place.

While it is true that the American economy has seen extended periods of growth in each of the last three decades, these were due in large part to changes in tax and monetary policies, the growth and changing composition of the workforce, the magnetic attraction of the world’s most brilliant and ambitious workers to the United States, and the development of new technologies and perilous financial instruments. The growth of the American market in the most recent years was largely a result of a housing bubble and the financial gimmickry that was based upon it through the exchange of derivates and default swaps. The point, in any case, is not that an economy cannot advance without an undergirding moral structure, but that such an economy all too easily skids off the rails. 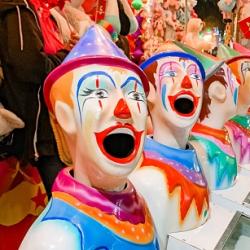 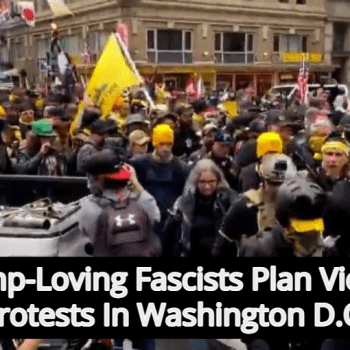 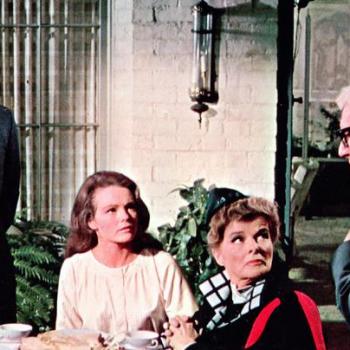 The Biblical Basis of Apologetics (Defense of Christianity)
Dave Armstrong
Get Patheos Newsletters
Get the latest from Patheos by signing up for our newsletters. Try our 3 most popular, or select from our huge collection of unique and thought-provoking newsletters.
From time to time you will also receive Special Offers from our partners that help us make this content free for you. You can opt out of these offers at any time.
see our full list of newsletters
Editor's picks See all columnists