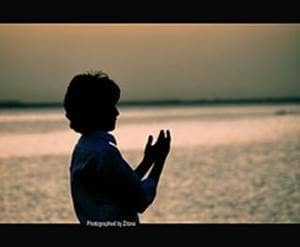 Muslims are as diverse and divided a religious community as Christians. So the fact that there is only a single Patheos Gateway dedicated to representing one-fifth of the world's population may seem odd to the casual observer. However, because Patheos users are mostly localized to North America, one can understand why having a single Gateway to represent 5 million Muslims (1.5% of the U.S. population and 2% of the Canadian population) makes sense.

North American Muslims conceive themselves as belonging to a grass-root, organic, racially and theologically diverse community that unites in a common creedal belief, "there is no God but God, and Muhammad is His messenger." Islam does not demand that a Muslim affiliate with or be defined by a liturgy, leader or organizational structure. Rather, American Muslims share a broad variety of religious commitments and ethical sensibilities.

Arguably what most defines North American Muslims is their shared devotion to one, absolute God and living under the authority of the Quran, however they individually choose to interpret it. The importance of a personal relationship with the Prophet Muhammad through following his example in both individual and communal ritual worship as well as through personal study of his life and emulation of his character is undeniable.

Patheos.com is the premier online destination to engage in the global dialogue about Islam and to explore and experience Islam in comparison to the world's other faiths and religious practices. Patheos is unlike any other online religious or spiritual site and is designed to serve as a resource for those looking to learn more about different belief systems, as well as participate in productive, moderated discussions on some of today's most talked about and debated topics. For Muslims, at Patheos you will discover content that is spiritually uplifting, critical and often in dialogue with other traditions in the world. Monotheistic conviction will be the basis of conversation with other traditions.

The Muslim Gateway at Patheos is managed by al-Husein N. Madhany and is a place to:
* Explore Muslim beliefs and histories through a deep library of accurate, balanced information on Islam, as well as through unique interactive lenses that allow visitors to compare, contrast and explore religions and belief systems in new and innovative ways.
* Enrich the global dialogue on religion and spirituality through responsible, moderated discussions on critical issues in Islam and across religious traditions, in the site's unique Public Square.
* Experience Islam, both online and off, through a variety of multimedia applications, online directories, sacred places and spiritual retreats.
* Engage in intra-faith discussion through the Muslim portal, also called the Muslim Gateway, designed to provide a forum for discussion and public interaction.