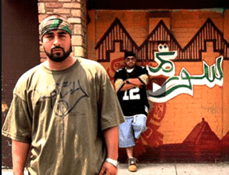 Perform a Google search of the terms "Muslim," "youth," and "Internet" and you will most likely be led to sites with warnings about young Muslims falling prey to pornography or even worse, terrorism. Yet there is another, less sensational and more dynamic story about Muslim youth engaging religion on the web.

In this story, it's not bombs and buxom blondes that are the main attraction, but MySpace pages, virtual discussion groups, YouTube videos, and social networking sites. While many people tend to associate Muslims with regions east of the Atlantic, by most accounts, the majority of Muslim Internet users are young and North American. Not unlike their counterparts, young U.S. Muslims have greater access to the Internet, making them among the primary consumers and producers of Islam online.

America's Muslim youth have a dynamic perspective, one that is reminiscent of what the American scholar W.E.B. Dubois called double consciousness. Dubois' double consciousness describes the experience of African Americans who, in the face of racist ideologies that equate being American with being white, feel pulled between their African heritage and American identity. Young Muslims, particularly in a post-9/11 America, often speak of a similar experience - in the face of a "clash of civilizations" they are being told it is impossible to be both Muslim and American.

Yet like African Americans, American Muslim youth are living proof of just how broad the experience of being American has always been. In fact, rather than choosing sides, young Muslims are meeting the challenge of double consciousness head on, and like Hamza Perez, the subject of the new PBS documentary New Muslim Cool, they are using the web as a creative space to shape and affirm their identities.

Perez, a Puerto Rican convert to Islam, is, among other things, an artist - the other half of the hip hop duo, M-team. Taking full advantage of advancing web technology that enables Internet users to create their own content, M-team's MySpace page is undoubtedly their own. Every element on the page speaks to their American Muslim identity, which blends Latinidad and Islam, from profile pictures and videos to a Puerto Rican flag inscribed with the Arabic phrase "There is no God but God."

Notably, M-team is one of many independent American Muslim artists who are using the web, through personal websites, Facebook, MySpace, YouTube, iTunes, and now Twitter, not only to build their careers but to put forward their versions of America and Islam in a mixture of pride and self-critique. As they attract Muslim and non-Muslim fans online, the Internet is becoming a key location of a new "Muslim cool" - an accessible Islam that relates to the concerns of young people through an aesthetic that produces and is the product of popular culture.

In addition to online self-expression through the arts, young Muslims are also finding each other online. Some of the earliest online American Muslim communities were email listserves. Muslims in Hip Hop, a yahoogroup created in 2002, has created a platform through which Muslim artists share their work and events with colleagues and fans. The Muslim blogosphere is also a particularly vibrant part of virtual Muslim networks. Many Muslim bloggers take a no-holds-barred approach to blogging about Islam and Muslims - creating space, not typically found offline, for open dialogue on controversial issues within the Muslim community.

The contributions of the Muslim blogosphere to Muslim community life, particularly in the western hemisphere, is seen as so valuable that in 2004 the media network, Altmuslim, along with the City of Brass blog established the Brass Crescent Awards for excellence in Muslim thought on the web. Incidentally, online communities also offer young Muslims opportunities for more than charged debates.  While filming the documentary, Perez met his wife on Naseeb, a social networking site - a sign that along with new "Muslim cool," new Muslim love is also emerging online.

Not surprisingly, the activity of young Muslims online is not without conflict. For example, on the YouTube portal for the New Muslim Cool, the documentary has its fair share of supporters and naysayers. Welcoming the benefits of debate, the New Muslim Cool team is producing a series of clips or "conversation starters" on YouTube; and in an effort to keep the peace, each clip opens with the advisory rating "Fitna (drama) Free."

"Fitna Free" or not, the existence of lively debate can be interpreted positively, as the fluid exchange of opinions and ideas is what keeps a religious tradition in tune with the pace of social and cultural change. It is this fluidity and familiarity, with technology and community that is defining the presence of young Muslims on the Internet and enabling them to tell and retell their stories of Islam online.

Su'ad Abdul Khabeer is as an activist-scholar-artist. A doctoral candidate in the Department of Anthropology at Princeton University, her research interests include youth, race and religion, and popular culture studies. She is also a Senior Project Advisor for the upcoming PBS documentary, New Muslim Cool.