Why the SSM debate still matters for Muslim Americans

Many Muslims may be receptive to concerns about civil liberties, but feel that they would be compromising their Islamic principles by voting against a ban on same-sex marriage. This need not be the case.

Last November, voters in California, Arizona, and Florida approved ballot measures that prohibit same-sex couples from marrying. The initiatives amend the state constitution to define marriage as a union between one man and one woman, thereby barring the state from recognizing marriages that do not meet this criteria. Similar measures have passed in eighteen other states since 2004, contributing to a growing national movement to introduce a federal constitutional amendment that would ban same-sex marriage nationwide. The surprising success of these initiatives makes it likely that similar proposals will continue to be introduced in other states and ensures that the controversy over same-sex marriage will continue for years to come.

When confronted with this issue, many Muslim Americans may instinctively support such initiatives, citing traditional Islam's stance against homosexual lifestyles. However, should Muslims' position on this and other political issues be dictated solely by their moral views on homosexuality? Taking a deeper look into these initiatives and their implications suggests that the answer may not be so simple.

Related reading:
How is gender and sexuality defined in Islam?
Are marriages of convenience on the rise among Muslims?
Is legalizing gay marriage a slide toward legalizing polygamy?
Muslims in Britain have zero tolerance for homosexuality, says poll

Support for bans on same-sex marriage is driven less by moral or religious disapproval of homosexuality and more by a general sense of fear and suspicion of communities that do not share all of the dominant society's values, norms, or traits. This can be discerned by noting that in many respects, the debate over same-sex marriage is a semantic dispute surrounding a largely ceremonial institution. In some states, bans against same-sex marriages do not prevent same-sex couples from entering into civil unions, an arrangement that confers the same rights and privileges as a marriage but is reserved for couples who do not meet the legal requirements of marriage.

Similarly, campaigns against gay marriage have not been accompanied by a movement to overturn the constitutional bar against laws that prohibit private homosexual relations (which was established when the Supreme Court struck down Texas' anti-sodomy statute in 2003). In focusing their efforts on same-sex marriage in particular--as opposed to homosexual relationships in general--the supporters of same-sex marriage bans have effectively acknowledged that their campaign is largely a symbolic endeavor to prevent the extension of equal rights to communities that do not share the dominant society's values.

Muslim Americans should note that these are the same instincts that underlie Islamophobia, as Muslims' distinct values and traditions are seen by some as being antithetical to American culture. Muslims' status as a religious minority in this country thus weighs against extending support to any endeavor that would impose the dominant society's values as law, even in instances where those values may agree with their own. Taking a public stand in favor of a ban on same-sex marriage based on vague notions of "traditional American values" leaves Muslims with little ground to stand on if those values are ever cited to impose laws that may clash with Muslim family norms.

For instance, marriage between first cousins is permitted in Islam but regarded as incestuous and abhorrent by the majority of Americans. If cousin marriage ever became such a pressing social issue that a proposal to ban recognition of marriages between first cousins was introduced, on what grounds would Muslim Americans oppose it? How would Muslim Americans argue in good faith that cousins should be allowed to marry, but homosexuals should not?

What do you think?
Join the discussion on gender and sexuality in Islam.

Furthermore, in order to fully understand the implications of any ballot measure, its principal backers and their agendas must be scrutinized. Without exception, proposals that would ban same-sex marriage have been spearheaded by coalitions of right-wing Christian organizations, a constituency whose leadership often holds anti-Islamic views and whose agenda is overwhelmingly hostile to the interests of Muslims in America.

On a local level, right-wing Christians have been at the forefront of campaigns to block the opening of new mosques, prevent the balanced teaching of Islam in public schools, and oppose the accommodation of Muslims' religious practices in the workplace. On a national level, the role of right-wing Christian groups in the War in Iraq and their vocal support for anti-Palestinian foreign policies are well-documented. Should such organizations be successful in their efforts to ban same-sex marriage nationwide, they may be emboldened to pursue reforms whose effects may not be so benign. Muslims must give serious thought to the consequences of strengthening this constituency by supporting its initiatives simply because they comport with Muslim family values.

Conversely, the opposite side of the gay marriage debate consists mainly of left-leaning leaders and organizations that may not share Muslims' family values but have taken pro-Muslim stances on numerous other issues of greater importance. The American Civil Liberties Union, which staunchly opposes bans on same-sex marriage, has organized campaigns against policies that disproportionately affect Muslim Americans and assisted many Muslims in seeking to redress instances of discrimination and injustice. Unitarian Christian organizations, among the most prominent religious groups to oppose bans on same-sex marriage, have stood with Muslims in campaigns against the Iraq War and the PATRIOT Act. Supporting a movement whose failure such organizations view as an important objective but whose success would bring minimal benefit to the Muslim community could alienate potential allies on the left whose support is critical to the emergence of Muslim Americans as a politically influential community.

Many Muslims may be receptive to the above concerns, but feel that they would be compromising their Islamic principles by voting against a ban on same-sex marriage. However, this need not be the case. A future vote against a ban on same-sex marriage does not necessarily constitute a vote of moral approval for homosexual lifestyles. No ballot measure can change Islam's clear and unambiguous stance on homosexuality. Rather, Muslims may disapprove of a practice while recognizing the right of other communities to apply their own distinct norms within the context of a pluralistic society.

This principle is not without parallel in the Islamic scholarly tradition. As noted by Professor Sherman Jackson, Professor of Arabic and Islamic Studies at the University of Michigan, in his paper "Shari'ah, Democracy and the Modern Nation State: Some Reflections on Islam, Popular Rule and Pluralism," tenth century Hanbali jurist Ibn Qayyim al-Jawziyya held that the Abbasid State ought to tolerate the Zoroastrian practice of self-marriage whereby men married their mothers or sisters. According to Ibn Qayyim, as long as disputes involving such marriages were not brought before Muslim courts and as long as Zoroastrians considered self-marriage permissible according to their own religious laws, Muslim authorities should not interfere with the practice despite its clear conflict with Islamic Law. If classical Islamic scholars have tolerated the divergent norms of religious communities that came under Muslim rule, then why is it wrong for Muslim Americans to exercise the same tolerance as a minority community within a western society?

In order to progress and mature as a politically relevant community, Muslims must resist one-dimensional knee-jerk reactions to issues that are actually multi-faceted in nature. A Muslim stand against campaigns to ban same-sex marriage is not a show of support for homosexuals or homosexuality. Rather, it's a stand against the imposition of the majority's values on minority communities that many not share them, and a strategic move aimed at building the Muslim voice in America.

Sabir Ibrahim is an attorney in Mountain View, California.
This article was originally published at Altmuslim.com. 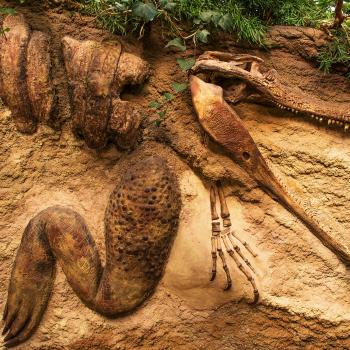 The Anatomy of a Conspiracy Theory
Libby Anne
2 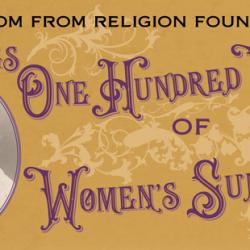 Televangelist Jim Bakker May Be Forced to Return Up To $1.7 Million in PPP...
Hemant Mehta
Get Patheos Newsletters
Get the latest from Patheos by signing up for our newsletters. Try our 3 most popular, or select from our huge collection of unique and thought-provoking newsletters.
From time to time you will also receive Special Offers from our partners that help us make this content free for you. You can opt out of these offers at any time.
see our full list of newsletters
Editor's picks See all columnists