"When it comes to the Jewish community and its first Washington meeting with Netanyahu since his election, it seems like a relatively healthy relationship" - Rabbi Steve Gutow

When newly installed Israeli Prime Minister Binyamin Netanyahu came to Washington this week, he spent two days in back-to-back meetings with some of the world's most powerful people.

But he also made time for a group featuring nary a politician, journalist or celebrity academic: leaders of the American Jewish community. More than a dozen rabbis, lay leaders, and even a couple of ordained lay leaders met with Netanyahu hours before he left for the airport Tuesday afternoon.

While such meetings are standard and in many ways a formality - American Jewish leaders are well versed in the positions of Israeli politicians and often close associates - the gathering took on a heightened significance as it came at a time of relative division between Jerusalem and Washington.

The US and Israel continue to agree on the fundamental issues, such as the importance of fostering democracy and the strategic threat posed by radical Islamist groups, and stress at every public appearance the endurance of the special relationship. (President Barack Obama called it "extraordinary" during his press conference beside Netanyahu in the Oval Office Monday.)

But there are significant policy differences about reaching their shared goals of a peaceful, moderate Middle East. They have been encapsulated in the unwillingness of Netanyahu to utter the phrase "Palestinian state," an entity whose creation Obama sees as vital for resolving the regional conflict. More generally, they stem from the ascendance of a politically strong left-leaning American administration and a politically weak right-leaning government in Israel.

That has put increased pressure on the American Jewish community to bridge the gaps between the two sides. American Jews, for instance, overwhelmingly favor a two-state solution. (An April Anti-Defamation League survey found that 61% support a Palestinian state, though it didn't clarify its exact nature, as polls tend not to.) Such backing helps Obama's efforts. And American Jewry also reflexively understands the existential nature of the threat posed by a nuclear-armed Iran, which has called for Israel to be wiped off the map. This issue, the top concern of the Israeli government, helps propel lobbying efforts for tight timelines on Obama's diplomatic outreach to Tehran so that the Islamic Republic doesn't run out the clock on its nuclear program as negotiations proceed.

Several Jewish leaders at the meeting afterwards explained their role as helping explain the perspectives of each government to the other.

"Our basic role is going to be to try to interpret and to try to hold the relationship together when it gets into rough waters," said Reconstructionist rabbi Steve Gutow, who represented the Jewish Council for Public Affairs at the meeting. "To help Israel and the United States understand the differences, that's basically what I think our role is."

With these emerging differences that job becomes harder, if more crucial. Many of the representatives at Tuesday's meeting pointed out that a number of the key policies are still being determined, and it's not clear how wide the potential gulfs are. But some cracks were already evident, particularly on the matter of settlements. Obama stressed Monday that "settlements have to be stopped in order for us to move forward," but Netanyahu pointedly made no commitments on the controversial subject. And it's a subject many American Jews themselves feel torn on, since most oppose settlement growth.

"The overwhelming majority of American Jews are taking positions [on settlements] that are different from the government of Israel," noted Mark Pelavin, associate director of the Religious Action Center of Reform Judaism, an organization that also participated in the meeting, though Pelavin himself was not present.

That brings a challenge in not just helping the two governments come together, but also for American Jews trying to reconcile their support for Israel with policies with which they might not agree. Such internal tension can also lead to intra-communal tension, as different members of the community take different positions on how to grapple with controversial subjects.

Abraham Foxman, the Anti-Defamation League's national director, said that the American Jewish community needs to "raise its voice" when Israel is imperiled. But his advice for individuals who disagree with the Israeli government? "Share it with them privately, not publicly." Foxman said that since Israelis are the ones whose children have to serve in the army and who face the threat of suicide bombings when they board city buses, "Israel's the ultimate judge" when it comes to making political and security decisions. 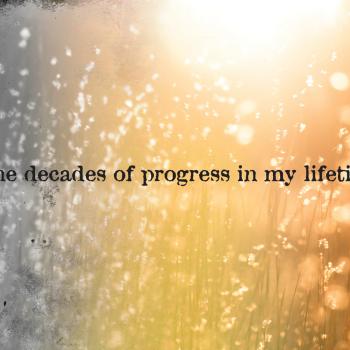 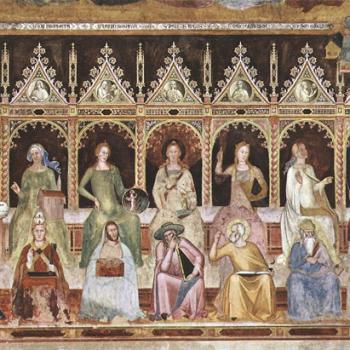 The Hectorate and the Beloved Community
John Mark N. Reynolds
4 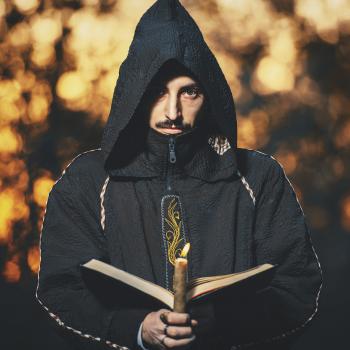 Asking For A Friend: Are You A Good Witch Or A Bad Witch?
Gwyn
Get Patheos Newsletters
Get the latest from Patheos by signing up for our newsletters. Try our 3 most popular, or select from our huge collection of unique and thought-provoking newsletters.
From time to time you will also receive Special Offers from our partners that help us make this content free for you. You can opt out of these offers at any time.
see our full list of newsletters
Editor's picks See all columnists