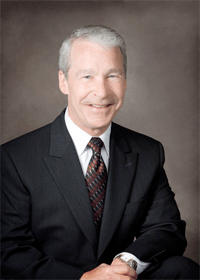 In the best sense of that admonition, President Obama's speech was really just a framework for a new kind of picture we all could be painting. The speech established a new kind of environment of combining respectful praise with challenge, "I know civilization's debt to Islam...I [will, and we all should] fight against negative stereotypes of Islam...But that same principle must apply to Muslim perceptions of America."

A framework speech opens up a common problem, "this cycle of suspicion and discord." It offers common hope, "All these things must be done in partnership." And it celebrates the differences of the participants, "Assalaamu ‘alaykum...I am a Christian."

The value of a good framework speech is not how many questions it answers or details it fills in, but how much thinking it provokes and how many follow up actions it produces.

From an evangelical Christian's perspective, this was an educational speech. The listing of Islam's contributions was good information for many non-Muslims. It was part of setting a different tone, using different terms. Gone were loaded words like Islamofacist and even terrorist. Instead there were words that are more generally applicable, even inviting self examination, words like "extremist." Gone was the defensiveness for what we have done; present were the principles with which we can build the future, practical principles such as turning "dialogue into interfaith service."

Among the reasons why the President's new framework of mutual respect and service might not be filled in with a new picture include that fact that people are too cynical to believe that after 42 years of unsolved conflict between Israel and Palestine people will stop fighting. In addition, the leadership in most countries has been too bull headed or too weak minded to pay the price of progress. Finally, it is easier to blame others than to fix a problem we keep claiming is not mainly our fault.

Right now, it is just a speech. It was a speech long on principle and short on practical policy initiatives. It had focus areas but only in broad strokes of general strategy. There were no fine points to follow. It addressed the most powerful motivational force on the planet - religion - but it did not engage its various leaders. It came from a brilliant but relatively young leader in his first months of office. He has charisma and character but not tested networks of support.

Yet a perilous era breeds the hope of heroism. And if you look just beyond President Obama, you will see that the hope for heroes is not singularly focused on the leader but on countless people. Maybe this time, heroism will not be pictured in a framework of one nation against other nations, or one cause against other causes, or (God forbid) one religion against other religions. Maybe this time it will come not at the end of a bloody battle but in the midst of meeting a neighbor's need. Maybe this time the heroes will be...us.

Dr. Joel C. Hunter is Senior Pastor at Northland-a Church Distributed, headquartered in Orlando, FL. He has been appointed by President Obama to the Advisory Council of the White House Office of Faith-based and Neighborhood Partnerships, where he is working to realize the President's priority of interfaith cooperation.